If you haven’t heard of cloud bread yet, let us break the news to you! Cloud bread has been regarded as one among 2016’s most popular food trends that’s making waves on both Pinterest (it is up by 73 per cent, by the way!) as well as Instagram. But what the heck is cloud bread? Read on to find out! 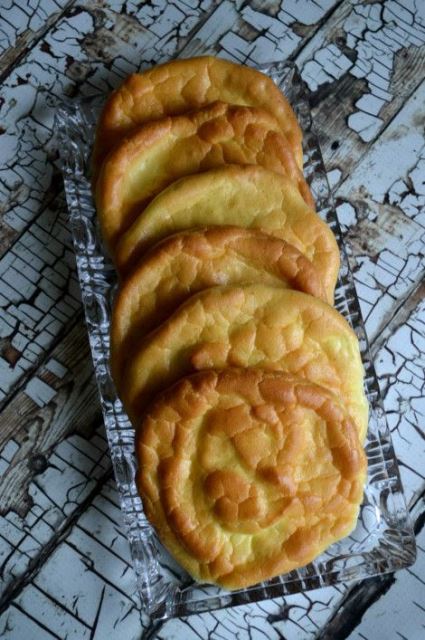 Carb-free bread is not the traditional bread, it neither looks like it nor does it taste like it. Also, interestingly, it is not even made with dough! It is a blend of four main or basic ingredients that are, eggs, full fat cream cheese, which is optional, baking soda or you can even go for the cream of tartar, and finally a sweetener. You may even try adding some herbs or spices to make it healthier. 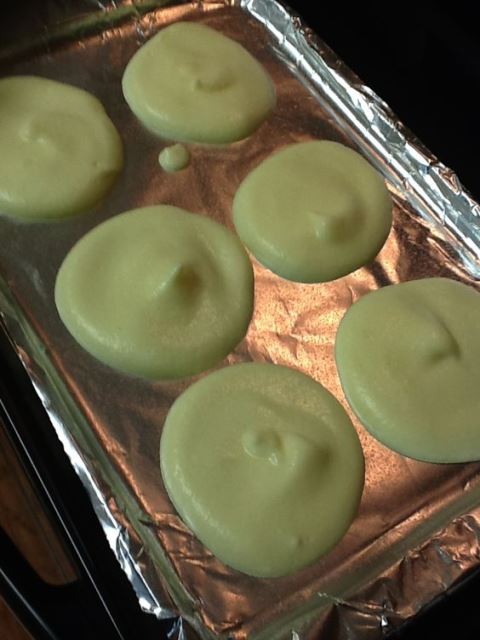 Suggested read: 14 best bum exercises that will tone up your butt in no time

90 per cent of the recipe is quite simple. Mind Over Munch, who initially, introduced the recipe, before it went viral, said that all you need to do is to take the combined ingredients in a bowl. Then draw small circles on the pre-heated pan. Place the mixture on it and let it bake for at least 20 minutes. Once they turn golden brown, remove them from the pan and allow them to cool in a plastic container for a night. The blog also informed that a piece of cloud bread has only 31 calories – 3 grams of fat, 2 grams of protein and, brace yourself, 0 gram of carbs!

Dubbed cloud bread for pretty obvious reasons (look at that fluffy soft slice of awesomeness!), some recipe makers have reached a decision that it is quite tasty too. Food blogger Kirbie’s Cravings shared that the process of making cloud bread is similar to that of a meringue. For the most part, the recipe is not difficult to follow or execute, and it tastes like eggs and cheese, and that doesn’t sound bad either!

Cloud bread is a hot treat, which is taking all the gluten-free folks by a storm! A flourless, low-carb, and gluten-free slice? Who could have imagined that?! If you are a fervent Pinterest user, you will be aware of the ‘floofy’ bread phenomenon. Everybody seems to be drooling over it, isn’t it? Here’s why.

The cloud bread with its soft and smooth texture is not only light and airy but also healthy for you. We are saying this in comparison to the other commercial breads. The latter is made from processed ingredients which include high-fructose syrup in most cases! Cloud bread, on the contrary, is absolutely grain-free. It is also low on carbohydrates. This trendy bread fits very well with most diet plans because its ingredients include cream cheese and eggs. 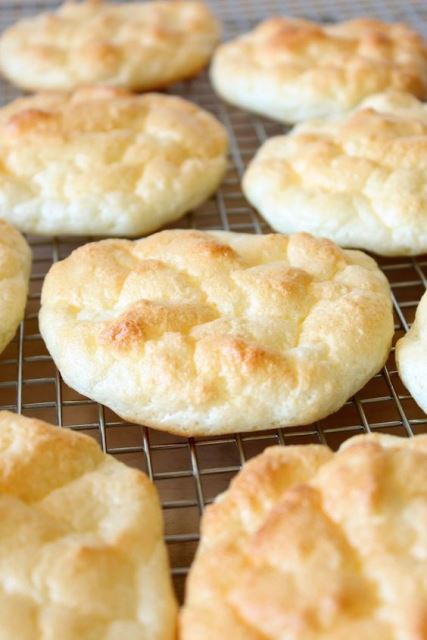 Karen Ansel, who is a dietician and a consultant nutritionist and also the co-author of The Calendar Diet: A Month by Month Guide to Losing Weight While Living Your Life, says, “If you’re trying to cut carbs or calories, cloud bread isn’t such a bad choice.” The cottage cheese version, especially, consists of extra protein, that is, 5 grams for every two-slice serving, which is equal to the amount of protein we get from an egg. This is helpful because it fills you up though you don’t overeat.

Also, the absence of gluten works as a great perk for those who are gluten-intolerant or maybe have a celiac disease, says nutritionist Alissa Rumsey, who is a spokesperson for the Academy of Nutrition & Dietetics.

Another thing worth drawing your attention to is the fact pointed out by Lisa Moskovitz, RD, CEO of  Nutrition Group based in NYC, that cloud bread does not actually taste like regular bread. According to her, “If you’re expecting it to taste like actual bread, the ingredients infer that you will probably be disappointed.”

By and large, Rumsey recommends that if you enjoy eating wheat bread, you should stick to the same. You can also try something like switching between the carb-free bread and its alternative.

Nonetheless, Moskovitz states that there are pros and cons to a whole wheat bread and also to cloud bread. “Cloud bread,” she says, “is absolutely better for those with a severe gluten intolerance, wheat allergy, need to watch their carb intake, or just want a lower-calorie option for their turkey sandwiches. On the flip side, whole wheat bread has slightly more fibre and most recipes have a lot less artery-clogging saturated fat.” 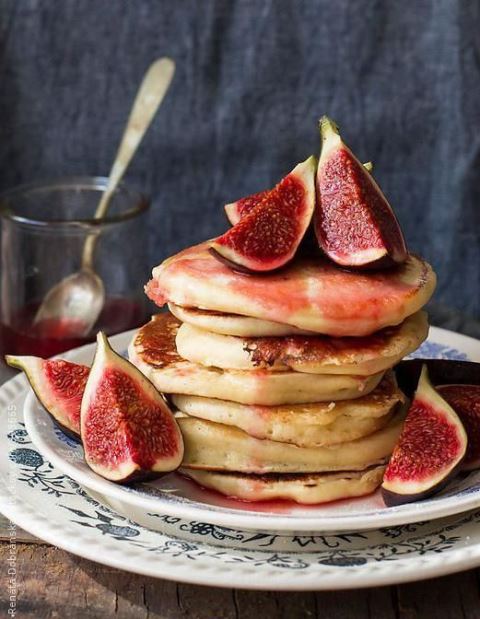 In case you are only aiming to improve your protein consumption and cut down on your carbs, Ansel votes for cloud bread rather than the white bread. In her own words, “Consider the cream cheese cloud bread a fun treat, while the cottage cheese version is fine for everyday use.”

Dear carbophobes, you may now rejoice. The “it” bread for you is here! Apart from flour, cloud bread also does not contain yeast or for that matter, any of the traditional or commercial bread ingredients. By properly studying the health food Instagram feeds, we are forecasting that this trend is going to break all records when it comes to going viral! Pinterest named it as the one among the top health trends of 2016! Many have also called it, look-wise, a cross between a rice cake, a pita bread, and well, a cloud! These carb watchers cannot shut themselves up about how “divine,” “yum,” and “pretty” a slice of cloud bread is!

Those worried about the fat cream cheese, suggest that one can swap it with the healthier cottage cheese instead! Though we have a step-by-step instruction later in the article, I will just briefly tell you about the cream of tartar. All you need to do is add cream of tartar to your egg whites in a bowl and blend them on high speed. Once they form the taut peaks, you can gently and slowly fold in the yolk mixture. Now bake your cloud bread. For the sweetener, use honey or maybe an allspice for a savoury taste. Don’t worry, we have step-by-step instructions at the end of the article. But before that, let’s discuss what the people who refute that cloud bread is a good alternative to regular bread, have to say!

So despite all the hullabaloo about the carb-free cloud bread, is it really nourishing and wholesome? Let’s see what the other set of experts say. 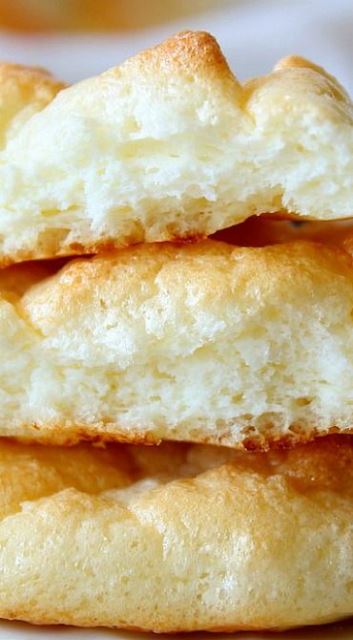 Nutrition editor of the magazine Health, Cynthia Sass, says that cloud bread is fine only as an occasional treat. In your effort to lose weight and clean up your diet, it is, however, a terrible idea to live on it instead of whole grain bread. Sass further goes on to say, “Just because a recipe is grain-free or low-carb doesn’t automatically make it healthy, or mean that portions don’t matter. In cloud bread, the grain flour is primarily replaced with eggs and cream cheese, and the latter isn’t a food I recommend upping your intake of.” You cannot neglect the fact that the cream cheese is high on fat!

Furthermore, though cloud bread has fewer calories compared to whole grain commercial bread (approximately 40 calories for every slice versus 80), it is lacking many nutrients that are essential. For example, it is devoid of fibre, which helps one lower their blood sugar, keep cholesterol levels in check, and lessen the risk of getting a colon cancer. Whole grains also provide a slew of other healthy minerals and vitamins, which help digestion, protect the teeth and gums and also aid to reduce belly fat. “Aim to cut back on carbs instead of completely eliminating them,” says Sass. “If you’re craving bread, choose one with nutrient-rich, whole food ingredients, rather than processed ingredients. And stick to one slice rather than two.”

While whether cloud bread is healthy or not is quite debatable, there is one thing both sides have agreed to: Give it a try! So here is the cloud bread recipe you have been waiting for! Happy baking! 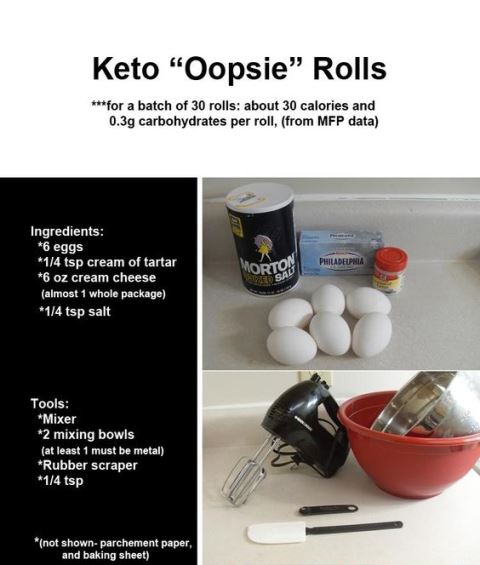 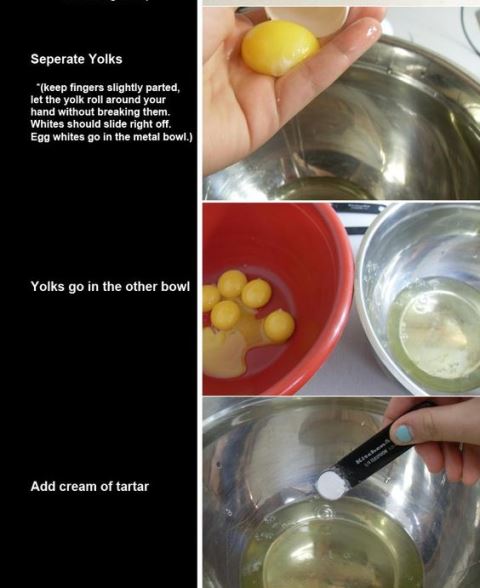 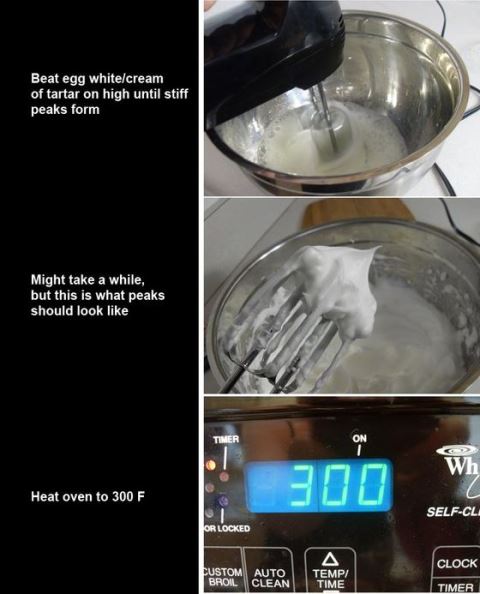 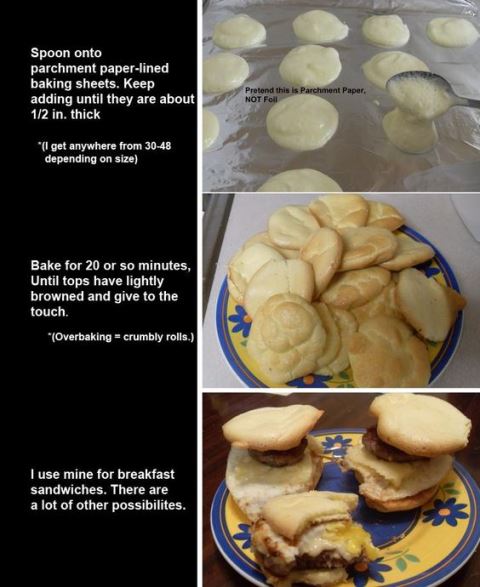 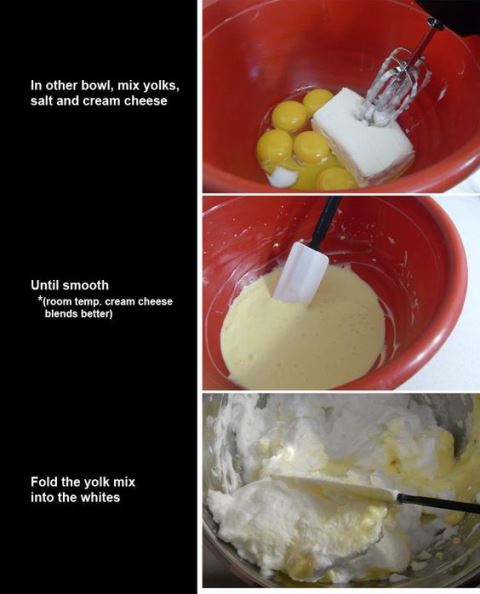 (Note: This is flourless)

Do share your experience of baking this absolutely yum and healthy alternative to commercial bread. Let us know whether the instructions were helpful. Any kind of suggestions and tips are always welcome. 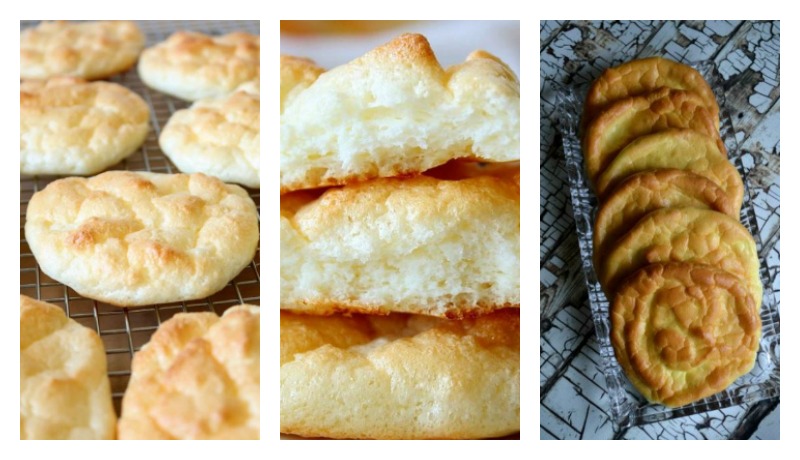 Article Name
Cloud Bread Recipe To Cut The Flab And Still Feel Full
Author
Riya Roy
Description
Cloud bread is that wondrous new health fad that actually cuts flab and still makes you feel full. Here's how to make some for yourself!