#ScienceSpeaks Your Furry Playmate Can Be Your Best Wingman

When a Los Angeles-based sales rep and proud owner of three dogs met her future boyfriend over a pup adoption meet (with the kicker being that she had always wanted to name a pup ‘Grandpa’ and he was calling the pup by the same name already!), Cupid just put all his darts in between the furry guy’s paws!

‘Tis true – dogs not only play wingman to thousands of singles worldwide but can also help make their owners evolve into a potential partner that a romantic interest may WANT to connect with.

Don’t believe me? Well, science backs me up.

An interesting research has shown a positive correlation between HAI and PYD. Wondering what these are?

Surprised? Wondering how the dynamic between a human and an animal can help your relationships? How dogs could be your wingman while dating?

We have the answers.

In taking a relational systems approach to understanding how HAI may be a context for positive development outcomes in humans, one has to understand how the individual’s strengths may be an important feature in both influencing and being influenced by the dynamic nature of youth-animal interactions, and how HAI might be related to positive development. The most important finding in the realm unveils that the human-animal equation is a key indicator to assess a human’s attachment style.

Suggested read: Why you should have a pet instead of a boyfriend

Here are the major areas that show considerable influence:

(i) Attachment: Unlike the human-animal interactions of yore, contemporary animal ownership does not involve any tangible or obvious benefit to the owner. This attachment pattern speaks for itself. In choosing one’s pet as a companion, one chooses to care for, nurture, and protect another living creature, moment by moment, day by day – stretching over the pet’s lifetime. This equation, in turn, fosters extremely desirable assets for a potential human companionship – the five C’s of positive youth development (PYD):

Related to, but distinct from attachment, human-animal interaction calls for extensive commitment on the human’s part to fulfill the animal’s needs. Given how needy and demanding canines can be, one not only invests a considerable financial chunk into their nurture but also is emotionally invested into the relationship. This dynamic of having chosen and sought the companionship of a furry playmate and then, striving to uphold the commitment that is an inevitable part of the ‘choice,’ helps the human to realize that more often than not, commitment does not come easy and upholding it takes an incredible amount of emotional grit and remembrance of how the li’l furry mate chose to be by your side when you were ‘out of sorts’ and didn’t choose it either! It’s a two-way street and builds you up for the same in your personal life.

(iii) Moral Orientation: A human-animal interaction gives a pet owner a chance to grapple with and resolve difficult moral issues. From animal rights and privileges to how their roles are perceived vis-à-vis our own needs and desires builds a fertile ground for adaptive individual context relationships, that are equally fertile for sowing the seeds of a relationship that does not fail to flex and flit to accommodate the needs and desires of the other person. In revealing one’s innate capacity to be selfish whilst exhorting one to cultivate selflessness, the human-animal interaction paves the path for sturdier, robust, and solid interpersonal relationships.

As such, it is clear that owning and raising a pet is a clear winner and a huge ‘green signal’ for potential relationships. Sure enough, in a survey of 700 people conducted by U.K. charity Dogs Trust, 60% of respondents said owning a dog made someone more attractive. Another survey of 1,000 singles found that 35% of women “have been more attracted to someone because of their pet” – and bonus points if it was a rescue rather than bought from a breeder. The rise of dog dating apps and sites, from the likes of Park Slope for Pets to PetsDating.com, are no surprise either.

“Dogs have no shame. They will mingle and make friends with anyone,“ says a New-Yorker. “Dogs are the social animals that we wish ourselves to be. If only we could just walk up to anyone, smiling and wagging our tail, and strike up conversation.”

Well, it would surely be easy, peasy, and wonderful if we could. But hey, we have our dogs as our best wingman, don’t we? 😉 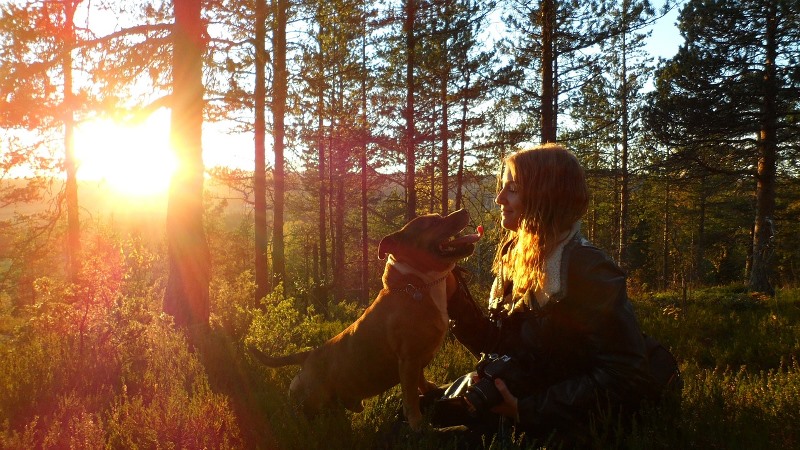