#ScienceSpeaks Being Friends With An Ex Makes You A Psychopath… Maybe!

Are you friends with your ex? For all intents and purposes, leaving the past behind and moving on is what is recommended by everyone once a relationship expires. Your connection to your ex might be harmless, you wanting to stay friends with them, because you still care for them, or you trust them as a friend. However, it could be a sign of a darker side of your personality. 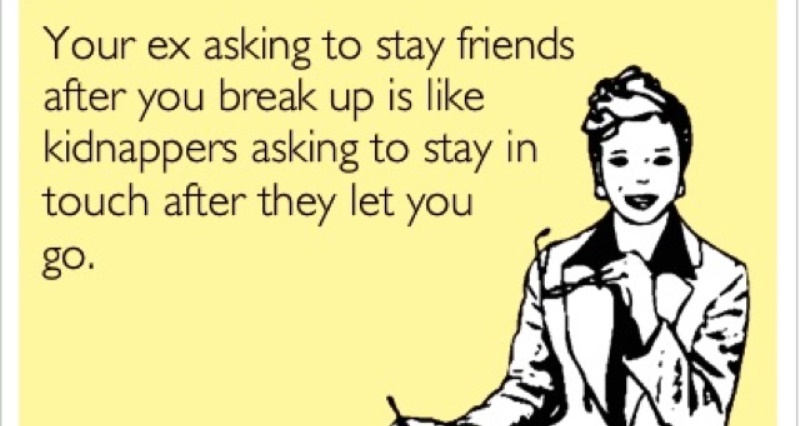 Their findings suggest that post-relationship friendships offer both parties a chance to trade ‘desirable resources’ like information, money, love or sex. However, they say that their personality traits could predict someone’s likelihood to stay friends.

Previous studies have shown that people who score highly for these dark personality traits are more likely to choose friends for strategic reasons, and also prefer short-term relationships. Based on these findings, researchers wanted to see if this held true for post-relationship friendships.

The partcipants of the study were asked to list five reasons for staying friends with their ex after a breakup, and answer if they’d ever stayed friends with an ex for that reason, and how often it had been for a reason.

The study found that ‘pragmatism’ was one of the last reasons why they remained friends with an ex, but did so because their ex was reliable, trustworthy, or a presence of a strong sentimental attachment. Pragmatism and sexual access rated slightly more important than for women, on average.

Mogilski and Welling explained in the journal Personality and Individual Differences,

“Men rated sexual access higher on importance than women did, which is consistent with other research showing that men are more likely than women form [cross sex friendships] due to sexual attraction.”

The authors noted that people who scored highly for dark personality traits were more likely to choose practicality and the chance of hooking up as key drivers for being friends with an ex. Further, they wrote,

“Although a breakup nominally marks the end of a romantic relationship, the current research suggests that resource exchanged between ex-partners can extend beyond relationship dissolution.”

“Across two studies, we identified reasons for remaining friends after a breakup and outlined how the importance of these reasons varies with sex and personality. This research builds upon literature examining CSFs and suggests that [post-relationship friendships] are functionally similar insofar as they permit continued exchanged of desirable resources.”

There you have it. Staying friends with an ex means you might have dark personality traits, and could be a psychopath. 😛

Are you still friends with your ex? Do you think it’s your personality traits that made you stay friends even after the breakup? Share your thoughts with us in the comments below.

Article Name
Being Friends With An Ex Makes You A Psychopath... Maybe!
Author
Chaitra Ramalingegowda
Description
A new study suggests that being friends with an ex is the result of you having dark personality traits.