I Was Turned Into A Cheater Without My Consent

I was startled out of my work-induced stupor by an incoming text. It was from him. It read: Hey honey! Let’s meet up this evening. Dinner and a movie?

I could feel my face forming a smile even before my brain could comprehend that I was more than happy to receive that text from him. Typing a quick reply in the affirmative, I sat at my desk pretending to work, while my mind wandered around and started flipping through the pages of my memory to the first encounter that brought him to my life.

Five months ago, I was backing my precious car out of the underground parking lot at the office, when another car screeched to a halt with its front end kissing the side of mine. Slamming hard on the brakes, I slid out of the car to confront the jerkface who’d dinged my Bella. My poor baby! He slid out with a guilty expression on his face, and started mumbling about paying for the repairs. He said something about an urgent meeting with a client, and how my car was hidden from his field of vision because he’d taken a turn around an SUV, but my mind was blank.

After a few moments, my brain came online, and whispered, He is the same guy from the cafeteria. My friend Hannah and I had seen him on many occasions in the communal cafeteria during lunch hour. Hannah thought he was hot, but what I was drawn to were his eyes. They were nothing like I’d ever seen before. They were caramel colored eyes, with a hint of gold around the irises. How do I know, you ask? We’d locked gazes once, when I’d nearly bumped him on my way to the table. Besides those exotic eyes, I’d sensed a deep sadness in him, but I couldn’t be too sure about that.

Anyway, mentally giving myself a shake, I came back to the parking lot and told him not to bother as he went on with his apologies and paying for the repairs. Brushing off his offers of payment, I got back in my car, but he thrust his card into my hand saying, Please send me the bill. I insist.

Nodding at him, I’d driven off.

A few days after that near-accident, he’d tracked me down in the cafeteria, much to the delight of Hannah. Soon, it was clear that he was there to do much more than inquire about my car. As Hannah slinked off leaving the two of us together, I found myself drawn in by his eyes. My first assessment had been right. There was something deeper that he was hiding with his happy-go-lucky attitude. By the time the meal was done, we’d small talked, conversed, and agreed to go out on a date. Because who was I kidding, I liked him.

That encounter at the parking lot set us off on a course that neither of us could have foreseen. 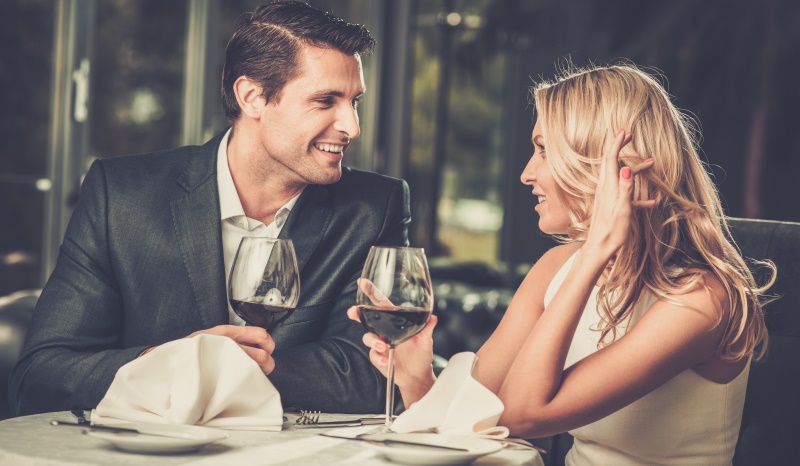 Over the next few months, we got to know each other pretty well, went out on several dates, and the relationship gradually progressed in a manner that I was pleased. We were intellectually and physically compatible; he had a wicked sense of humor that left me in splits; he was well-read, well-traveled, and seemed to like what he did for a living – he was a corporate lawyer. And it also didn’t hurt that I found him really attractive and handsome. There was something about him that made him attractive, not just his looks.

Despite us becoming close, that feeling that he was hiding something and keeping a part of himself apart from me, was growing day by day. Adding fuel to the niggling doubt was the fact that he’d not invited me up to his place even once. Whenever I brought it up, he brushed it off by saying something convincing or he’d distract me by touching me and breaking my train of thought.

The mental page flipping came to an abrupt halt when Hannah plopped herself on my workstation, beside the laptop, to pull me along for an early lunch at an Italian place a block away from our office. We were almost done when he appeared as if conjured, and sat down beside me. Giving him a sideways hug, I settled into his warm side and laid my head on his shoulder, happy to have him with me, even though we were supposed to meet in a few hours’ time.

A half hour later, we paid the bill and the three of us made our way towards the exit. That’s when the unthinkable happened. A woman in her mid to late twenties walked up to us with a hurtful expression on her face, and slapped him across the face. Muttering, you filthy animal!, she walked off before Hannah or I could so much as comprehend what had happened.

Hannah left me there with him so that we could have some privacy. I knew from the shocked expression on his face that he was too dumbfounded to answer any questions till he came out of it. So I grabbed his hand and led him towards the nearest park, where we could talk without anybody gawking at us. He still seemed to be in shock, as I paced in front of him, wringing and twisting my hands.

Coming to a halt in front of him, I asked quietly, Who was she?

He jerked as if he’d only just now realized I was still there with him. He shut his eyes against my intense ones, opened them again, and said, She’s my wife.

Suggested read: If you’re a girl who cares too much, then read this

It was my turn to be shocked. I stood stock still as I let his words seep into my brain. She was his wife. He was married. To that woman. And that made me a cheater, the other woman, the home-wrecker.

Oh God! What had I done? I had ruined a marriage. I had slept with a married man, an unfaithful husband. I had hurt her as much as he did, if not more. Oh my God!

As these thoughts whirled in my head, I was vaguely aware of him holding me close and making me sit before I collapsed on the ground in despair. Dropping my head in my hands, I concentrated on breathing in and out. I felt sick with disgust. I hated myself at that moment as I’d never hated anything or anybody before.

Through the rushing of my blood, I heard snatches of words that filtered through …wife in name only… unfaithful husband …never hurt you…

I needed air, I needed distance from him, and I needed to get out before I passed out. I made my way towards the park exit, not listening to his requests to hear him out. Shaking him off and his protestations of good intentions, I somehow made it home.

Curled up in my bed, I ignored his texts, voicemails, and calls, and let myself drown in a maelstrom of emotions. I was hurt, angry, disappointed, disgusted with myself, and felt betrayed, most of all. I had been made a cheater unwittingly, and I couldn’t stomach the thought of being the other woman. I have never condoned infidelity, in any form, and he’d made me a cheater without even giving me a choice in the matter. What had I done?

Even though it hurt to even think about the time spent with him over the past few months, I deliberately made myself go over every bit of important conversation we’d had, in hopes of finding that one moment where he’d said something about his relationship status. No. He hadn’t said a peep about that, not even once. Should I have known? How though? He hadn’t worn a ring on his finger, and he didn’t have any social media accounts because he didn’t believe in having virtual friends. I know because I’d looked for him, and had come up empty.

I might have had a strong attraction to him, but I never would have acted on it if I’d known he was married. I never went after guys who were taken, because that just wasn’t who I was. I had too much respect for marriage as an institution to do that to someone.

What should I do now?

That’s when the banging on my front door started. I let him in because I had finally calmed down enough to listen to his excuses and justifications for stepping out on his wife, and making me a cheater in the process.

I… I … have been married for almost a year, he said hesitatingly. Sighing and shaking his head at my stony silence, he continued. It… it’s not consummated, he blurted blushing.

What?! In one year of marriage, he hadn’t been physically intimate with his wife? He’s got to be fricking kidding me!

When we first started going out, she kept saying she wanted to wait till our wedding, and I respected her wishes. It was hard, but I waited. But on our wedding night, she revealed that she was disgusted by sex, and didn’t want to do anything more than kiss. As you can imagine, I was hurt and angry with her for withholding that kind of information. I accused her of having ruined my life; both of our lives, in fact. So I suggested we get an annulment. But she pleaded and begged me to give her a chance because she loved me. But I couldn’t see how giving her a chance to come to like physical intimacy would help when she was disgusted with the mere mention of sex.

He shook his head again and said, I was in love with her, so we settled on therapy. We’ve been going to a therapist from the day after we got married, till about five months ago.

That was when we’d started going out.

And whenever I suggest we call it quits or even mention something resembling the same, she becomes hysterical and starts threatening to kill herself. She nearly succeeded a few months ago. Then we go to therapy, we talk, she calms down, and then the whole cycle repeats itself. I’m tired. So freaking tired, and I’m not even thirty yet.

Sighing, his lips turned up in a half smile as he said, And then I met you. Till then, I wasn’t even tempted to step out on her, but I felt this almost instant connection with you. I just let it happen. For those few precious hours I spent with you, I forgot that I was married, that I was, in essence, cheating, but I loved the guy I was when I was with you. I felt like the old me. Before this sham of a marriage.

Rubbing his eyes, he said, Was what I did wrong? Yes, absolutely. Do I regret loving you and craving you? No. But do I wish things were different and you and I could be together? All the time.

He finished, saying, Tell me what to do to make this right, and I’ll do it.

His expectant expression was heartbreaking for me to take in. What was I supposed to say to him?