My husband and I were high school sweethearts.

He was quiet, unassuming, and a really nice guy. I was a self-proclaimed introvert, who read too many romance novels. Courtesy of them, I had built up this whole idea of the ‘perfect man,’ who was tall, dark, handsome, a body to die for, charming, and sexy as all get out, whom I’d meet someday, the sparks would fly, and BAM! We would be in love – forever! However, reality was very different. Turned out, that my ‘perfect man’ was this quiet, unassuming nice guy, who I met in art class!

I still remember the day when I first met him. It was the first art class of the year, and he was a transfer from another city. The art teacher paired us off as partners for the rest of the year, and I was annoyed no end because I was stuck with the new kid. I wanted to be paired with my best bud, Jenny, with whom I wanted to gossip and giggle for the whole hour, because everyone knew art class at our high school was a joke.

Fuming at the injustice of it all, I plopped myself along with my bag next to him, which made him jump with a start. He was of medium height, medium build, a little pale, and was scrawny. His eyes met mine warily, but I couldn’t care less about hurting his precious little feelings. We ignored each other for the next several months, but one day, I saw him draw a beautiful charcoal sketch of an old woman, capturing the sadness in her eyes, the weariness in the lines around her eyes and mouth, the hard work she’d done in her withered old hands, and most of all, the heartbroken expression on her face. I hadn’t even known that he hid such amazing talent beneath his unassuming façade. I was hooked on his art. I complimented him, and he flushed with pleasure. 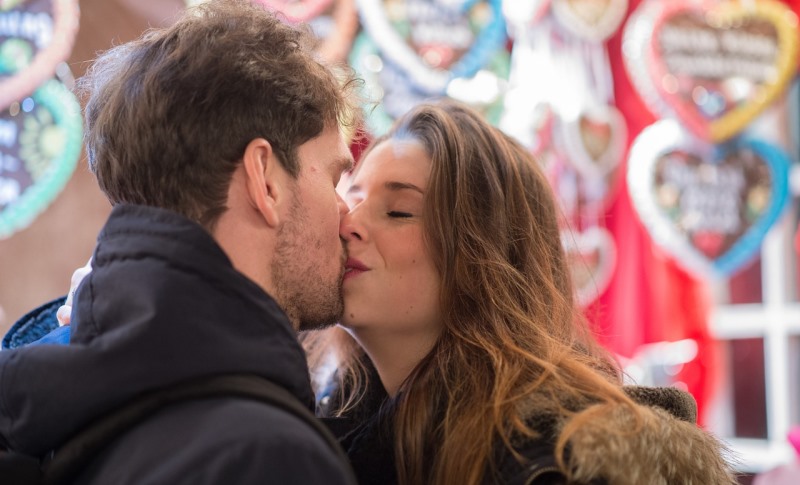 And the rest, as they say, is history. I actively tried my best to get to know him, become his friend, and four months to the day I saw that first sketch of his grandmother, we were a couple. We shared several common interests, disliked some of the same things, but learnt to respect our differences and love our similarities. We were an unlikely couple, to say the least, and he shattered every ideal I’d built up in my thoughts about the perfect man for me. In fact, he broke almost every point on my checklist. But we worked. We were both flawed, far from perfect by ourselves, but were perfect together.

High school done, we both enrolled in the same college. We loved the proximity, hated the fights, disliked the arguments, cherished the memories we made, but loved each other more than anything, which was the reason we came out mostly unscathed from it. By then, we’d been together almost 6 years.

One day, after I got back from work, I walked right into fairyland. He proposed to me in the simplest, most romantic and memorable way possible – at least, it was for me. He’d made a pathway for me with lit candles, which led me to the tiny bedroom in the loft we shared. There, kneeling on the floor beside the bed, he had a small velvet box open on the palm of his hand. With a hesitant smile, he just said one thing to me when I could see him clearly through my tear-blurred eyes: ‘Will you do me the honor of marrying me?’

Six months after that, we were married. Years passed, we became proud parents to two beautiful girls, and found ourselves celebrating our tenth wedding anniversary. 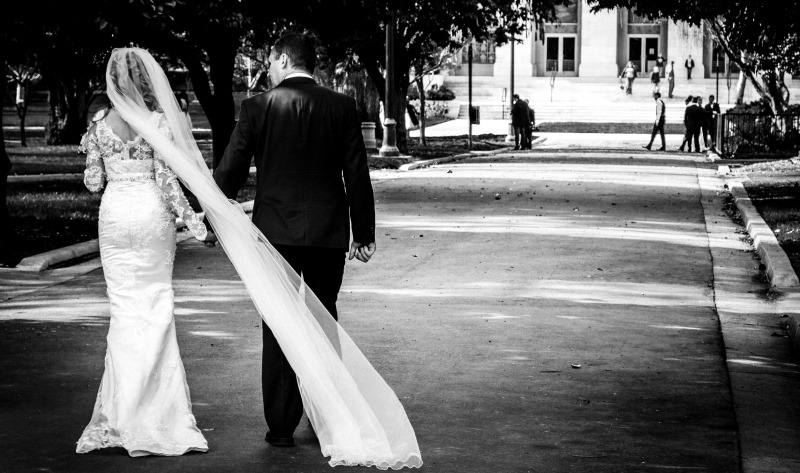 As you might imagine, we had our share of ups and downs, highs and lows, good times and bad, but every time, we managed to hold each other up, worked on the relationship, found a new normal as we each changed over the years. Through everything, the one thing I could always count on was that we loved each other. That if we had each other, we could face whatever life threw at us. That if we worked as a team, a unit, we could overcome any hurdle, and come out stronger on the other side.

However, all of this changed just a few months after our tenth anniversary.

Suggested read: Losing someone who was never truly mine…

He left a trail of clues for me to find, of a man who was having an affair. I found a restaurant receipt for two people, on a night when he’d told me he was working late. He’d left his personal email account open ‘accidentally’ when he was in the bathroom. I could smell someone else’s perfume on his shirt he’d put in the wash. He shut his laptop when I walked into the room. He cut short a phone conversation when he saw me.

Despite all these glaring signs, I refused to believe that he had actually gone ahead and had an affair with another woman. I forced myself to look at him the way I’d always seen him – the sweet, modest, all-round nice guy, who had made me fall in love with his quiet self.

Days turned into weeks, weeks turned into months, and the clues only got more pronounced. After a couple months since the day I’d smelled someone else’s perfume on his shirt, I confronted him. Instead of looking guilty like I’d caught him with his hand in the honey pot, he looked relieved!

Why did you do it? I asked in a choked whisper, fighting really hard to keep the tears at bay.

Sighing, he shook his head. I’m sorry, but I… I just… found myself falling out of love with you, he said.

I jerked back as if he’d slapped me. I couldn’t have been more shocked if he’d actually struck me.

When my legs couldn’t hold my weight anymore, I plopped down on the bed, with tears streaming down my cheeks.

He sat down beside me and took hold of my hand in his large, warm one. He said, I’ve been feeling like I’m slowly losing my sanity. I feel like I’m losing myself. I don’t get any time to myself. I feel… cornered. Sighing, he continued, I guess I’ve been feeling this way for a long time now, but decided to do something about it after speaking to Lara.

Lara was his younger, beautiful, and ambitious colleague, who was single – she was, when I last saw her at the office Christmas party. Now? I wasn’t sure.

While I tried to make sense of what he was saying, he continued to shred my heart. She made me realize that I just have this one life to live and I’ve got to make the most of it. I don’t want to waste my life anymore. I want to do what I’ve always dreamed of doing – take up art full-time. My job as a designer is okay, but it doesn’t satisfy my creative urges.

I was confused. Can’t you do that with us? With me? Here?

Releasing a frustrated breath, he said as if it pained him physically to utter every word, You would just hold me back with the mundane. It wouldn’t be the same as living art, breathing it, every minute of every day! I… you… how long before you nagged at me to clean up after myself? How long would you keep quiet about not being involved in the girls’ lives? Would you be satisfied with half a life? No, honey, you’d just start to resent me. I need… no, I want to be free.

Dazed and confused, I didn’t know what to do. I was losing him at that moment, right in front of my eyes. Yet, he was still there. Grasping at anything that might make him stay, I said, What about your girlfriend? Is she okay with you leaving it all behind to satisfy your creative urges?

Giving a rueful smile, he said, I’m sorry I had to go about a roundabout way to have you confront me. But I saw no other way. Truth be told, I’m not having an affair. It was just something I had to do to get us to this point. He had the nerve to flash his crooked smile at me!

Suddenly, I felt as if I didn’t even know him, not at all. Was the sweet, loving, quiet guy who I’d fallen in love with, a mirage? Had I seen what I wanted to see? But what about the life we’d built? What about the kids? What about me? The vows we took on our wedding day, the promises we made to each other over the years, didn’t they mean anything to him? What had gone wrong? Had I done something to make him fall out of love with me? Had I changed that much since high school? Had I held on to the hope that despite growing up, we might not grow apart? Was our relationship just holding on because of the companionship that we shared and not love, like I’d believed?

I didn’t know what to think anymore. What was the way forward for me? How did I let go of all the love I held in my heart for the only man for me? 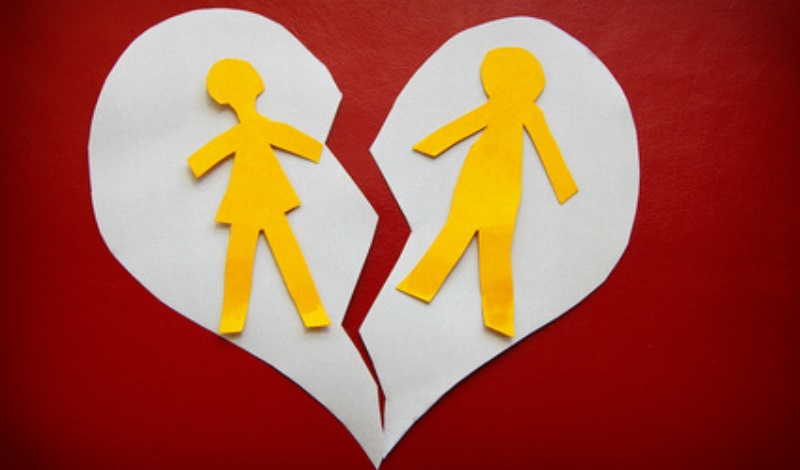