Love Happens When You Least Expect It, But It’s Not Always Meant To be

Should I type ‘yes’ or ‘no’? My fingers twitched between the letter Y and N on my smartphone’s keypad. Biting my lip, I dawdled with uncertainty. I read aloud the message that had the potential to change my whole life: ‘I really liked you. Would you like to meet again?’

Seems harmless, doesn’t it? But that innocuous message could essentially destroy my life as I knew it. How, you ask?

Well, it all started rather tamely. I downloaded the dating app Tinder on my smartphone because I was writing an article and I needed it ‘for research.’ Of course, it did start out as research, and I did find what I was looking for on there. However, long after I’d submitted my article and the matter was done and dusted, I found myself up at all hours of the day swiping left and right on the addictive app. I hadn’t deleted it after my ‘research,’ because I’d wanted to see where it would lead. After all, there’s no harm in playing the field, right? What I was doing was benign – I wasn’t cheating on my fiancé. At least, not in the strict sense of the word. 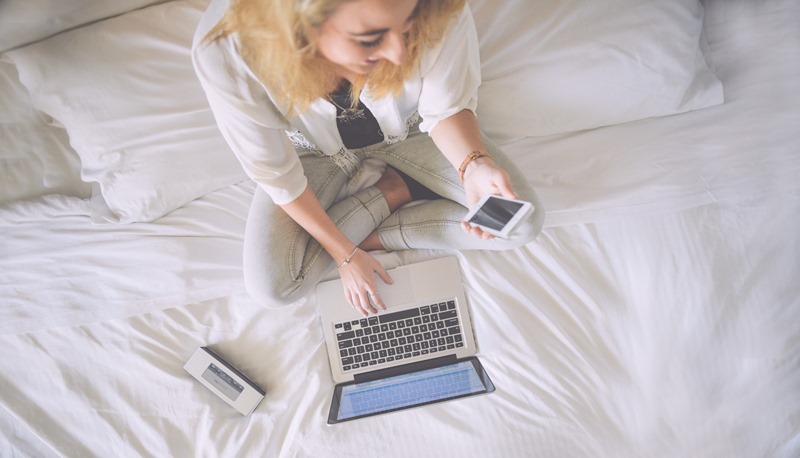 I hadn’t exactly told him about my foray into the app, because, well, it was for work, and it wasn’t like I’d gone on the app looking for someone. But the fact of the matter was clear as day – I had clicked with someone, and that someone had no idea that I was engaged to be married, nor did my fiancé know about this someone.

Biting my lip again, I quickly typed YES and shut off my phone. Closing my eyes, I banged my head on the table in front of me. What was I doing? One meeting was okay. But to meet again? What was I thinking? I was happy with my fiancé – he was the very definition of a gentleman. I loved him. And I definitely knew that he loved me too. Then why did I agree to meet him?

After both of us swiped right, we had got to talking and I was surprised to find that we had so much in common. He seemed like a well-educated, well-read, well-traveled man, who hadn’t sent me pictures of his man-parts, and thank God, he hadn’t come across as a sexist, misogynistic, bigoted pig, unlike most encounters I had on the app. He was a marketing manager at a reputed firm, and he loved what he did. Besides that, he was passionate about hiking, kayaking, reading anything he could get his hands on, and cooking. He’d confided in me that he followed his dear departed mother’s handwritten recipes while cooking. How adorable was that! In short, he was the very essence of the ‘ideal man’ I’d envisioned when I had been single.

Over the next few weeks, keeping in touch with him, chatting him up at every chance I got through the day became second nature to me. He was constantly in my head. I’d laugh out loud at unexpected moments having remembered something funny or punny he’d said, much to the bemusement of my colleagues. Without meaning to, I looked forward to the buzz on my phone indicating his texts. 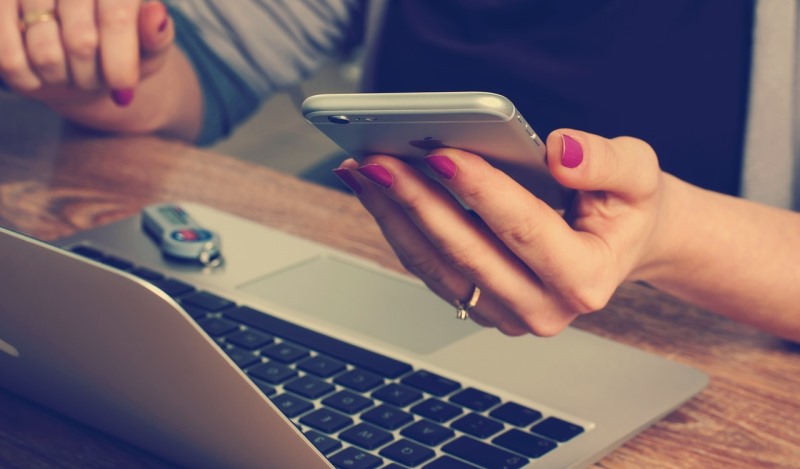 Days turned into weeks, and one fine day, he suggested we meet. I still remember where I was when I read that text of his. I’d just come home from work, and having put down my handbag on the kitchen counter, I was reaching for a bottle of water from the fridge while reading his texts. I just stood there in total shock with the fridge still open. I knew it was only natural for him to suggest such a thing after all those weeks of chatting back and forth, but I hadn’t expected it to affect me that much. My immediate response was a resounding NO. However, I hadn’t expected to like him that much, and the fact also remained that I hadn’t told him I was engaged to be married in 4 months’ time.

My mind kept up with constant chatter about doing the right thing by telling him and breaking it off – whatever it was. But my heart was another matter altogether. It was prodding me to meet him – just once. Just to see if he really was as good as he seemed on paper as well as in the virtual world.

I didn’t text him back for a whole 47 hours after I received that text from him. During that duration, his texts ran through the gamut of emotions – doubt, hurt, anger, and finally, resignation. In a moment of weakness, I texted him back that I’d meet him at a coffee place near my office a week from then. That whole week, I was MIA from the virtual world and didn’t even have the courage to read his texts. I agonized and worried about meeting him the whole week. I barely ate, hardly slept, and was practically useless at work.

The day finally dawned when I was to meet him. Not able to take it any longer, I read through his texts. Most were various versions of ‘I can’t wait to meet you!’ My gut twisted with anxiety over what I was doing behind my fiancé’s back. But since I’d given him my word, I was going to go to that coffee place and tell him the truth. And I was going to request him to stop contacting me either. 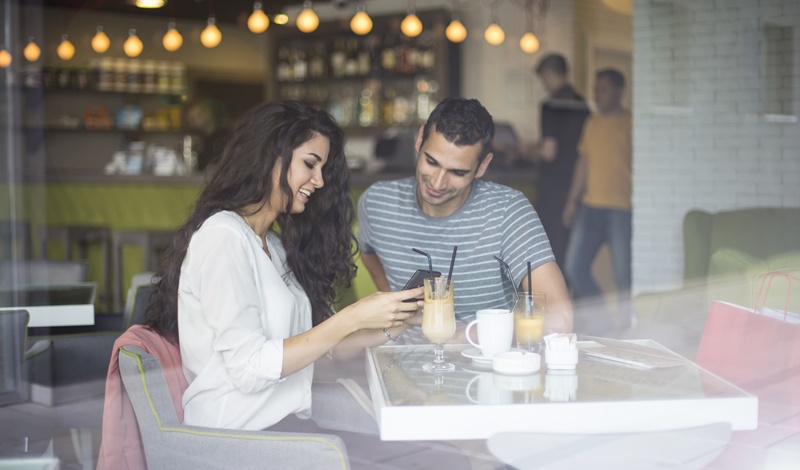 Having made up my mind, and given myself a pep talk at the washroom of my office, I headed out to meet him. And he was even more perfect in person than he was on paper or in the virtual world, if that were possible. We’d both lost our mothers at an early age, and this had shaped our lives. We both shared quite a lot of interests, not to mention our love for reading. There was this … emotional connect that I had with him, that I hadn’t even known I was missing. Seeing him, talking to him in person, just reinforced my so far suppressed voice that said that we were practically made for each other. It was so easy to tell myself that an unknown power had pushed us both together, but in the back of my mind, I knew better.

But I couldn’t bring myself to shatter the image he’d built of me in his head, so I didn’t tell him the truth. I just… couldn’t.

And that brought me to today, when I was again on the precipice, all ready to fall into the abyss with him, with just a single typed YES. I really liked him, and I didn’t even have to stretch my imagination that much to see myself falling in love with him – very easily. It would be just as effortless as falling, if I let myself.

But could I do that to my fiancé? Was that the kind of person I was? Who went behind her loved one and betrayed them, even though I hadn’t done anything wrong – technically speaking? Was I a cheater?

With these thoughts still swirling through my head, I met him a second time at the same coffee place we’d met earlier. His whole face lit up when he saw me walk in. That radiant smile broke my heart a little, and also gave me the courage I needed to do the right thing.

He kissed me on the cheek and pulled back, having every intention of sitting back down at the table for a long talk. But instead, I pulled him up and out of the coffee place, to a nearby park. Sitting on that park bench, I told him everything, from the day I’d installed the now-accursed dating app Tinder, and how I came to be by his side at that moment in time. 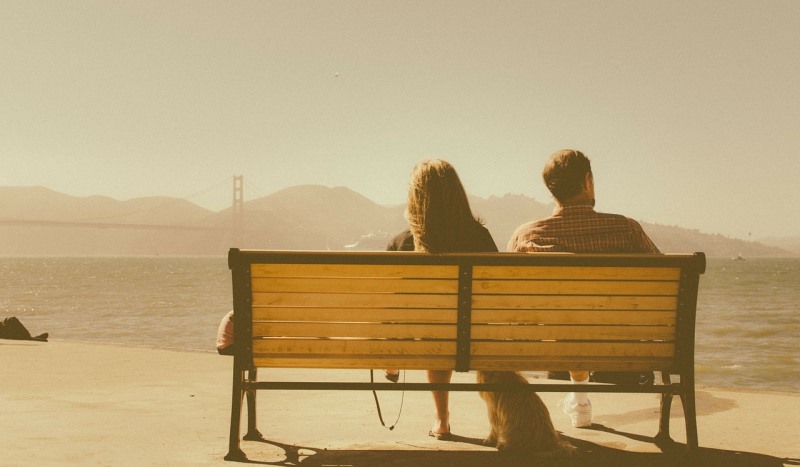 He listened in a stoic silence, but his face showed disgust, hurt, anger, and finally, disappointment. I think the worst thing for me to stomach was his disappointment. I felt ashamed at what I had done. But there was nothing I could do now to right it, except come clean about it, and I had.

When no response came forth, I wiped my traitorous tears away and walked away from him.

That night was one of the worst of my life. Having cancelled my plans to meet my fiancé for dinner, I cried myself to sleep. But was woken up in the middle of the night when my cell phone buzzed with an incoming text. From him.

Heart in my mouth, I opened up his message. It read:

‘We could’ve been something, but I don’t think I could forgive you for deceiving me and having made me an unwitting cheater in the process. I hate cheating and cheaters above all else. I hope you deserve what life hands you. Goodbye.’

The teardrop that splashed across my phone was the prelude to many more that I shed that night.

The following day, I did another heartbreaking thing which I couldn’t put off any longer. I told my fiancé about everything I’d done. As you can imagine, it was one of the hardest things I’ve had to do. But I had to do it because having met him through the app, I finally acknowledged to myself that I wasn’t as happy as I thought I was in my engagement. I wanted more. I wanted what he and I had had. I couldn’t go through with the charade I’d been fooling myself to live in.

But I think I needed to learn certain lessons from that chapter of my life – that cheating doesn’t necessarily have to be physical. That it can be emotional as well, and it hurts just the same, if not more. That lying by omission is just as wrong as plain lying. That you could meet the love of your life when you least expect it, but it doesn’t necessarily mean you’ll end up together. That you could guard your heart against falling for someone, but if it’s meant to happen, it certainly will, and it won’t ask your permission.