Any girl who hears the dreaded words Mama’s boy doesn’t stop for further conversation; she turns around and runs! Such is the image of a man who’s very attached to his mother, an image actively propagated by pop culture, movies, and TV.

While we agree that there are Mama’s boys who are knotted to their Mom’s apron strings and consider her to be Numero Uno in their life, there exists another variety of the same species. These Mama’s boys are nothing like the ones you see in the media; they are kind, gentle and respectful beings who make for great life partners. If you’re still not convinced, here are 8 reasons why marrying a Mama’s boy isn’t such a bad thing.

1. They are less likely to be violent. Ever heard of this: “If women ruled the world, there would be no wars; just a bunch of countries not talking to each other”? This is indicative of the general testosterone-ridden tendency for violence. But boys who are raised primarily by their Moms are generally more peace-loving and less likely to raise a hand at the first sign of conflict.

2. They know their way around the kitchen. Mama’s boys grow up hanging around their Moms all day, and a good part of it would have been in her kitchen. So they usually know the names and purposes of common kitchen gadgets, and might be handy to have around as a sous chef!

3. They consider feelings important. Most men cringe at the mention of the word, ‘feelings.’ Talking about anyone’s feelings is at the top of their list of least desirable things to do. But Mama’s boys have been raised by women; they’re used to conversations about feelings and they’ve probably also been subject to a few emotional outbursts!

4. They have better EQ. Emotional Quotient is now considered as, if not more, important than IQ, when it comes to achieving success in life in general. Men who’ve been raised by women and have a healthy attachment to their Moms as adults, generally have a good EQ score and a better chance at succeeding in whatever they do.

5. They have better respect for women. Mama’s boys don’t usually subscribe to chauvinistic impressions of women. They see women as individuals and don’t think it’s beneath them to treat women with the respect and care they deserve. Makes you think we need more Mama’s boys today, doesn’t it?

7. They tend to have strong value systems. If you look closely, most families have mothers as the disciplinarian and fathers as the ‘fun’ parent. This leads us to believe that in most families, kids’ value systems are more in tune with their mothers’ who can love and discipline in equal measure. Such kids grow up with strong characters and core values.

8. They’ll be more involved with the kids. This is especially true of Mama’s boys who have younger siblings. Chances are, they stayed close to Mom and helped with the little baby, depending on their age at the time. They know the hard work that goes into raising a child, and they’re quite likely to share the load.

Marrying a Mama’s boy doesn’t seem so bad now, does it? After all, there has to be some truth in the saying, “A man who treats his girl like a princess is proof that he was raised by a queen”!! Of course, there are the ‘stuck to Mama’ types of boys as well, and having a relationship with such men can prove to be extremely stressful and unnecessarily competitive. Forget the negative images in popular culture and try to look deeper, you might just find a keeper!! 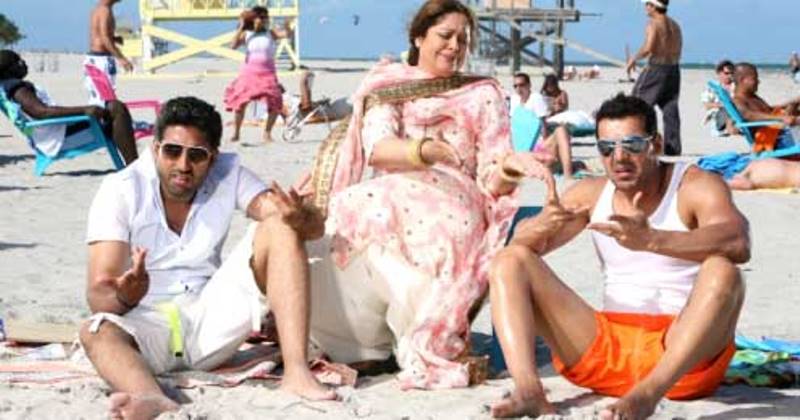 Article Name
8 compelling reasons to marry a mama's boy
Author
Fabida Abdulla
Description
Mama's boys are pariahs for ladies. They don't want to be with someone who goes to his mom for everything. This might change your mind about mama's boys.