11 Telltale Signs Your Boyfriend Is A Consummate Mama’s Boy

So I have recently discovered that it is not only me and my boyfriend that constitute our relationship. There is in fact, a third person involved, aka, his mother. Sometimes, it almost feels like I am having a conversation with two people instead of one when I am talking to my boyfriend, and his mum (sweet as she is) seems to always be looming over everything we do or say.

Now, I am not being judgmental because it is for you to decide whether your boyfriend being a mama’s boy, if at all, is a good thing or bad. But after spending a considerable amount of time with him, I have come to the conclusion that mine definitely is, and I am okay with it.

Here are 11 ways in which you can identify whether you’re actually dating a mama’s boy or not.

1. His mother is Julia Child compared to your cooking skills

Cooking for your each other in a relationship is always a rewarding, fun and satisfying experience. However, if your man is a mama’s boy, it is likely that he cannot pass a meal that you have prepared without either telling you how his mother would have done it, or without him saying that his mother is the best cook in the world. You are left wondering where you fell short when in truth, you actually didn’t.

2. All important decisions must be taken after he consults his mum

And I am talking not only about decisions about his life, but yours as well. Sometimes, in a relationship you have to take mutual decisions, which are not a reality in case you’re dating a mama’s boy, because he’s not going to do anything without telling mummy.

3. As for telling mummy… 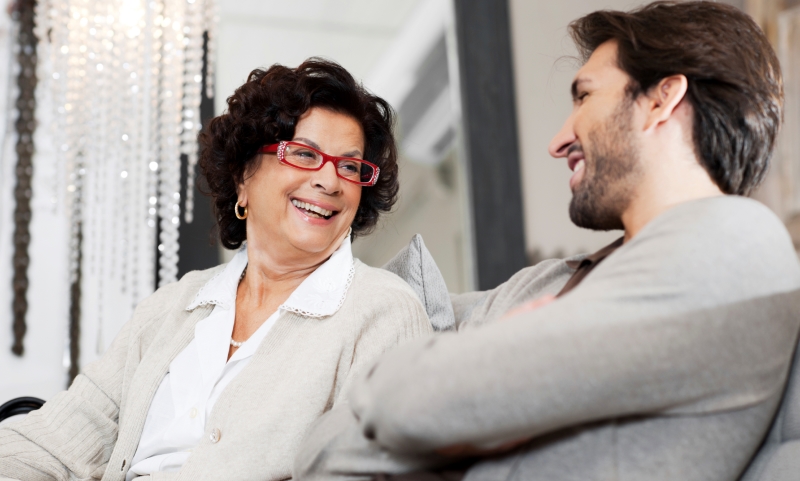 If your boyfriend calls his mother every single day, and not only calls her, but also texts her constantly about what he is doing and where he is going, then he is definitely a mama’s boy.

4. His mother does most of his things for him

Whether it is packing his lunch for him, or doing his laundry, you find his mother doing every single thing for him so that the poor baby doesn’t have to do it himself (because you will definitely not do it for him).

5. When it comes to arguments, his usual response is what his mother would say

Because he is so used to being with his mother and being around her, it is impossible for him to behave in any other way, even when it comes to arguments between the two of you. Sometimes, you feel like you are argument with his mum and not him.

6. When it is choice between you and his mum, the answer is obvious

Like a true mama’s boy, when it comes to choosing between you and his mother, the answer becomes pretty obvious. For example, if he has to choose between helping you out with housework or going to the mall with his mum, three guesses what he will go with.

7. His mom knows everything about your love life

Yes. Every single, gory, excruciating detail has been communicated to his mother. *cringe*

8. He acts like a little puppy in front of her

You see him tidying up for his mum, grooming himself, making puppy-dog faces at her, giggling unnecessarily loudly at her lame jokes, and you find yourself wondering when you started dating a 12 year old baby boy.

You know your boyfriend is a mama’s boy when he gets super excited about these visits, even though they happen an uncomfortably frequent number of times.

10. He cannot fully commit to you unless he gets his mother’s approval

So you have to spend the initial part of the relationship trying to pass an invisible, unsaid rite of passage in order to become an ‘official’ part of his life, after you manage to secure his mother’s approval.

Suggested read: Which of these parenting styles do you have?

The best part about dating a mama’s boy is that he knows how to treat his women, because he idolizes his mum, so to him, any other woman he loves will be revered and respected more than anything else.

At the end of the day, even you secretly admit that being the most important person in someone’s life must be super cool, which is when you proceed to chalk out plans to spoil your future son. 😉

Article Name
11 Telltale Signs You're Dating A Mama's Boy
Author
Aishani Laha
Description
With three people in the relationship, you will know you're dating a mama's boy!