Pisces Compatibility: Which Zodiac sign should you fall in love with?

Wherever Pisces goes, love follows them, and is all around. And it’s not just love but romance too – be it roses, poetry, songs, or chocolates. They are, for this very reason, bound to have a few bad affairs and their get their hearts broken.

Ruled by the planet of illusions, Neptune, Pisces tends to resort to negativity in life. But as they are rightfully symbolized by a Fish, they find their way in the flow. They like to follow the rules and seldom break it, unless they find someone worth it. For Pisces, love is a magical reality of life.

Dreams and reality – a nice world together!

Pisces the dreamer and Taurus the realist don’t sound like a good match, but in this case, opposites have attracted the best partner. They come together in their mutual preference for harmony and stability. They both give each other what the other lacks in their personality. Taurus gives Pisces a ground to firmly stay on, and not get lost in all the dreams, while Pisces teaches Taurus to seek more and be ambitious. Because of their ruling planets, Taurus (ruled by Venus – Love) and Pisces (ruled by Jupiter – Luck and Neptune – illusions) form a spiritual bond which strengthens their partnership.

Pisces is a Water sign and Taurus belongs to the element Earth. They are generally compatible, but then it also holds true that where there is love, a little conflict must be expected. Taurus likes to get things done, while Pisces can tend to be a little lazy. The latter also likes flexibility according to their mood, while Taurus rarely leaves its rigid exterior. Although these things can cause differences between them, they are both forgiving and can move on quickly. The Bull can be overpowering for the Fish, but together, they form a great relationship based on their love for the same things, and of course, each other.

Your ideas, my dreams – and all is good!

Cancer is full of ideas, which fascinates its Pisces partner. And because of the practicality of these ideas, Pisces learns to keep his/her dreams closer to the ground. Cancer loves materials, while Pisces likes things simple. And when they incorporate both into their home, it truly becomes one of the well-provided and comfortable households. As they both belong to Water, they are highly compatible and understand each other deeply. 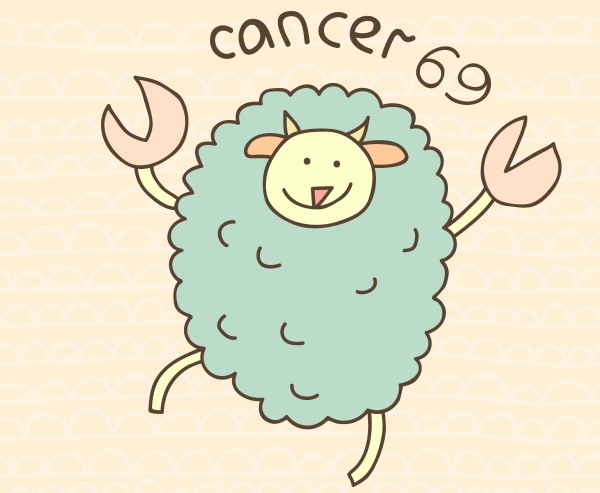 Both Cancer and Pisces are romantic, and seek the same from their partner. In their union, love and care triumphs all. Cancer can be possessive about its partner, and Pisces loves its freedom, so demands from its partner can be suffocating. Pisces is lazy but determined if the end results matter, and can show its Cancer partner the joy of completing a task rather than just initiating it. When these two come together in a love match, they help each other grow and mature. And the journey they undertake with each other solidifies their relationship.

We can resolve anything!

These two belong to the same element Water, and thus their union is based on mutual understanding, deeper insight of each other’s personality, and care. Pisces likes to think, and Scorpio likes to work. Together they can come up with some of the greatest ideas and also achieve success. The lifestyle choices are different for them; Pisces loves a simplistic life, while Scorpio craves for comfort. Being the aggressive one, Scorpio finds the perfect partner in Pisces, who lets the former have some time to cool down. The peace-loving Pisces will seldom contradict what Scorpio has to say, but when the latter has gotten rid of the rage, they sit and discuss the matter together. This is their biggest strength.

For the Scorpio, life only has two things, white and black. Its Pisces partner introduces them to all the other colors of life, including the grey area. They both like stability, but Pisces can be indecisive, which Scorpio absolutely hates. This could lead to Scorpio trying to control Pisces, which again is thoroughly disliked by the latter. But they have the ability to find a common ground, and that resolves everything. When they put their minds together, they can achieve dizzying heights.

Other Pairings (At own risk!!)

Pisces finds a good and compatible partner with another Pisces. They are also compatible with Capricorn, and form an honest and true relationship with them. Aquarius and Gemini are two signs that cannot get along with Pisces at all. For an Aquarius, Pisces is too casual with life and does not have any ambition, just dreams. Aquarius is also very fast-paced for the Pisces to keep up with. They both love freedom, and that is the only thing common between them. Pisces likes to have some stability in life, while Aquarius seeks out new challenges.

Gemini and Pisces do have a lot in common, and they can make the relationship work if they try. But Gemini’s over-communication and talking-before-thinking can hurt Pisces’ feelings to the limits of being irreparable. Gemini is always full of positivity, and Pisces’ negative thinking can cause problems between them. It is better for the two to keep their paths separate, rather than being heartbroken.

Article Name
Pisces Compatibility: Which Zodiac sign should you fall in love with?
Author
Surobhi Banerjee
Description
Pisces is indecisive and peace-loving. Here's a look at who would be compatible with a Pisces.