If you thought that having a big fat wedding was a tad bit hectic, you don’t know the half of it. Because work really starts when the party gets over. And when we say work, we mean – hard work. Not putting back the chairs and taking down the flower arrangements. We mean, work on your ‘marriage’ post the wedding.

After the party ends, you not just become man and wife, you become partners for life. The first year of marriage is quite something. If couples have known each other for a while, they are often shocked to see a completely new person in that first year. And if you haven’t known your partner prior to the wedding, it may not come as a rude shock; however, you still have a lot of ‘getting used’ to do during that period.

We don’t mean to scare you or discourage you, but people who have successfully completed that first year of marriage know very well that it ain’t pretty. That’s because it’s new and needs a lot of fine tuning for both the parties involved. Misunderstandings and fights are bound to take place, but sometimes, you do doubt your choice. Trust us, it happens. 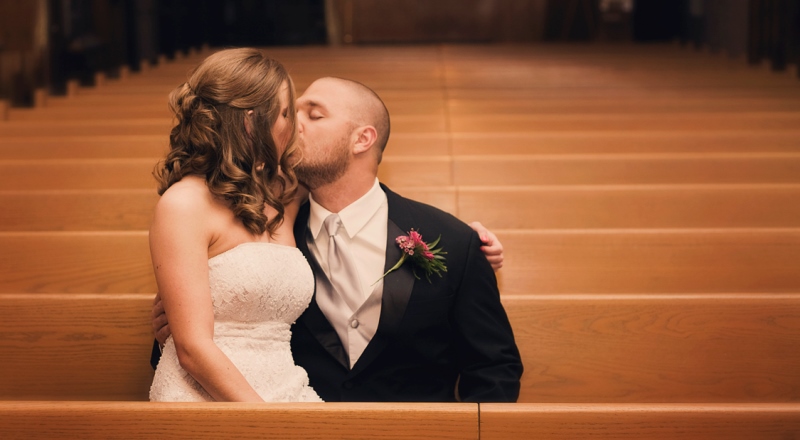 While most days are lovely, there are days you’d wake up wanting to go back to sleep simply because you don’t want to see your partner’s face! Yeah! It’s true. But then the ratio of the good:bad days is 60:40.

But what changes after the wedding? Do people change? Why do they change? Dating is very different from being married, so even if you’ve known your partner for a decade, you’d be surprised how different they are when you start living with them. Probably when you live-in with your partner, you discover this sooner, but if you haven’t lived-in, you’re in for a rude shock.

When you’re dating, you probably meet the person for a few hours in a week. Those few hours are special, both of you feel compelled to be nice to each other. Love oozes out, and it’s just natural for you both to be your best selves. Because you’re only meeting this person for a few hours, you don’t want to screw it up and put up a fight, do you? You know very well how important these few hours are, and that you don’t want to ruin them by doing something stupid, or behaving irrationally.

Suggested read: 6 harsh truths about the first year of marriage you NEED to be aware of

Well, we aren’t saying that marriage is a combination of hate and stupid things! But we’ll get there in a moment.

The difference is that when you get married and start living with your better half or other half *grins*, the whole equation changes. You are suddenly living full time with the other person, where you discover their likes, dislikes, habits, and thought processes. Until now, you would see only what was shown to you. But after being married, there are no pretenses, there ain’t no mystery either. So, you become privy to a lot of sights, information, and knowledge about the other person.

Suddenly, it may seem like an excess download of information coming from the other person, and you’re perplexed as to how to use it. Sometimes, the things you loved about your partner become the things you absolutely detest! And the opposite is true too!

And so, the first year of marriage may seem tougher than scaling Mount Everest. Here’s why:

Whether you like it or not, one of the good things about marriage is that it brings two people together, and sometimes too close. So it may seem like both of you are in each other’s face all the time! There’s no escaping that. The sheer excitement of doing things together as a ‘couple’ can get a tad bit overwhelming. Celebrating month-anniversaries, attending family functions as the ‘newlyweds,’ and referring to each other as ‘husband’ and ‘wife’ does get a little too much.

And when you’re too much in each other’s face, you breed contempt. Too much of anything is bad, it is said. So imagine living 24/7 with this person. It would surely be overkill. Moreover, you get so familiar with each other in such a short time, that it does brew some unwanted feelings towards each other. The lack of personal space and being privy to each other’s daily routines and habits can become exhausting.

3. The experience is new and not always exciting

Apart from the rampant sex, there may be just one or two more things that could really excite you about being married. Soon, the other things that aren’t really exciting, become a pain in the wrong places. Although there are many things to look forward to, these ‘many’ things become tedious and then monotonous. Soon, your excitement dies down, and you realize that it’s all overrated.

Suggested read: 14 vital questions you MUST ask yourself to check if marriage is really for you

Movies have such an effect on people that they make marriages look so glamorous. A perfect house, clean sheets, neat bathrooms, white picket fence, and a fancy breakfast every morning. Little do you know that marriage involves a lot of hard work, by which I mean, literally, a lot of work. So, most days are spent deciding who takes out the trash, who buys groceries, who cooks, and who cleans what. Once that expectation is set, not always will you be content with the result. So much for managing expectations!

Initially, you like being called the daughter or son of the house! Especially when it comes from new parents, so you take every opportunity to impress these new family members. Soon enough, you can’t keep up with their rising expectations. Or you could simply have an overdose of each other’s families, and they seem to be poking their nose into your business all the time.

You want pizza and your partner wants a taco. How do you decide which restaurant to go to? Well, making these decisions are the hardest. Moreover, if you’re invited to a party, you can’t simply confirm to them without checking with your partner if they can make it too. Having to wait on decisions can get really annoying.

Everything changes from me, to us. I want that, becomes we want that, and soon you realize there is no me anymore! You’re always doing things together as a couple, so you miss out on all the things you did when you were single. That is pretty frustrating.

The first year of marriage is also an eye-opener to dealing with money. Now your bank accounts are linked and expenses have to be shared. If either of you is a spendthrift and the other a scrooge, then you have a greater problem than you would think. Often couples fight about money, and managing finances becomes a tedious task.

9. The honeymoon is over before you know it

Yes, it’s true. The honeymoon lasts for only a few days and when you’re back to your routine, everything seems like an arduous task. The phase where you treat each other with much love lasts only for a very short time. Soon, you’re back to living life, and that isn’t as fabulous as your honeymoon.

The first year of marriage is indeed a difficult one, it may seem like a tough hurdle to cross. But if you’ve crossed that first year without drastic changes in the way you think and act, then you’ve done it. You’ve achieved the impossible! Living with someone is different from dating them. When you start living with a person, you learn them in a way that is a little more than you wished. Which means, you see both their good and the not-so-good side. And when that happens, it may seem completely chaotic and you’d want to run away. But like we mentioned earlier, marriage is hard work and there isn’t an easy way out. So, you’ve got to deal with one thing at a time, work closely with your partner, and ensure you are giving equal attention to both the good and bad sides of your partner.

With a little understanding, a little compromise, and a lot of tolerance, you can waltz through the dreaded first year of wedded bliss. But the years to come after that will tell you how you fared. Undoubtedly, the first year is the toughest but it also will tell you a lot about yourself and your partner. So, don’t freak out, simply get into it and live it. It’s a great experience. 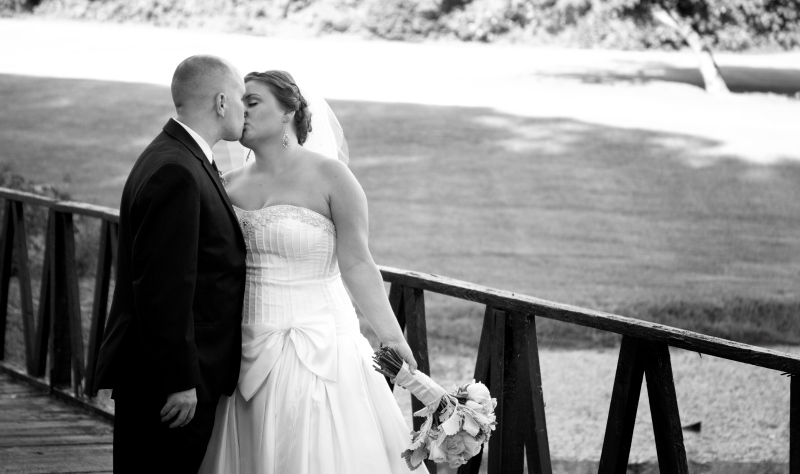 Article Name
Why The First Year Of Marriage Is Tougher Than Anything Else
Author
Steffi D'Souza
Description
The first year of marriage is a difficult one; it may seem like a tough hurdle to cross. But with a little patience and a lot of compromise, it'll work out.