Why We Love Talking About Problems Instead Of Solutions

I have a problem. I tend to stay up late at night and sleep in during the day. It’s not that I have insomnia, I just like sleeping in late. My college timings are such that they have allowed me to sustain this rather bad habit of mine. I know perfectly well how unhealthy sleeping at 4 a.m. and waking up at 11am is for my body; I’ve read up all about REM sleep and the effects of a messed up sleep cycle on the human body. Yet, every single night I choose to stay up well into the night and every morning I refuse to wake up at an acceptable time. I know very well that I have a problem, I also know exactly how this problem affects me and what I can do to solve it, but I choose not to do anything about it anyway.

I think it’s safe to say that a lot of us share this strange and paradoxical relationship with our problems, whether big or small. It’s not that we are in denial of their existence, we just do not want to do anything about it. However, that hasn’t stopped us from complaining or ranting about the fact that we do have a problem. Why is it that we love talking about our problems so much and yet never talk about their solutions? Why do we remain hung up on our problems even when the solutions are well within our reach? What is it that is stopping us from solving our problems and leading a more satisfied and content life?

Suggested read: “Criticism Is Important, But You Also Have To Do Something Actually Tangible.” #NLTTalks With Hemley Gonzalez

It is universally believed that talking about one’s problems actually helps in easing the pain and inconveniences they cause, and might even lead directly to their solutions. As children too, we have always been taught to talk about anything that bothers us instead of suppressing them. In fact, suppressing your emotions can actually lead to your problems getting worse. Sharing your problems with someone who is willing to listen can actually help in releasing some load off you, make you feel less alone and isolated, and help you gain better perspective regarding your problems. It is a way to remind yourself that you are not alone in your suffering, that people are always looking out for you and that every problem has some solution or the other. Talking about your problems, especially with a professional therapist, also helps you realize their root causes and ways of fixing them. But sometimes it might just make it worse.

Walter Mischel was an Austrian- born American psychologist who specialized in personality theory and social psychology. In 2014, he discovered that talking about your problems or traumatic events does not necessarily diminish their ill effects, and might even worsen them. There exists, he discovered, a fine line between processing trauma to alleviate its effects and traumatizing oneself again by reliving that experience. Sometimes talking about trauma has a reverse effect that leads to further experience of traumatic emotions. When someone is recalling something, it is important for them to stick to reality, to remember that the event is in the past and no longer has the power to control the individual. Once you realize this, it becomes easier to put that event in the past and not go through the nightmare of reliving it. Mischel had suggested a good technique for this. According to him, it becomes easier to distance oneself from the effects of trauma when we write about it in the third person; it allows the individuals to process their trauma with greater perspective and thoughtfulness instead of being sucked back into reliving that experience.

Sometimes, when individuals talk about a situation where they have been wronged and believe themselves to be in the right, there is a tendency of talking about this incident in a obsessional manner. To the listener, this person seems to be obsessed with the situation and appears to be milking it longer than they should have. For example, we’ve all sat through while at least one of our friends have spent obsessing over a breakup. And sometimes we have been that annoying friend as well. There is a tendency to take the baggage from this failed relationship and carry it forward in every aspect of life. We can’t help but constantly think about how we were wronged, or how we could have prevented something like that. Was there any way of knowing that it would have ended this way? We examine every bit of this relationship, scrutinizing every memory and looking for signs that could have foretold it.

Suggested read: Is My Brother’s Best Friend The Love Of My Life?

The only cure for this sort of obsession with any problem is self awareness. It is the only thing that can steer us away from these thoughts and allow us to gain mastery over them, instead of being at their mercy. It is important to realize that sometimes when we are wronged, there isn’t much we could have done to prevent it from happening. Carrying the burden of such a problem into our future will only bring misery to ourselves and prevent us from having honest and meaningful experiences. Sometimes letting go is the best thing we can do for ourselves and our problems.

There are some problems which we, unbeknownst to ourselves, don’t particularly want to solve, but still keep talking about. The reasons for this sort of “psychological inertia” are several. Sometimes, a problem is so deeply rooted as a part of our identity that we don’t know how to live without it. It has taken up space in our lives for years, has shaped our personality and even though we may be able to acknowledge it for what it is- a problem- we don’t want to part with it. This stems partly from a fear of uncertainty and change. It took my aunt years before she could get separated from her husband who emotionally abused her. She had tried several times but couldn’t bring herself to take the final step because she didn’t know what life would be like without this problem. She was too afraid of facing a reality where this problem was no longer a part of her identity, and had chosen to live in its comfort until it was well past her breaking point. When our problems become such an intrinsic part of who we are, it becomes increasingly difficult to consider parting with them even when we have the solutions right in front of us.

Talking about problems to other people is a good way to make ourselves realize that we are not alone in our miseries. But it also acts as a way for rationalizing our situation to ourselves. It gives us a certain agency over our problems, the fact that we can talk about it means that we also have the capability to fix them whenever we want to. Talking about our problems in a way that seems to make light of them also gives us a false sense of order and having things within our control.

Suggested read: Why Love Is A Choice You Need To Make Consciously And With Your Eyes Wide Open

For some people, even if they are talking about problems and not doing anything about it, the process of fixing them is one that is subconsciously very important for them. This is why, when someone else comes and tries to solve their problems for them, they feel robbed of their experience of working their way through the problem. The process of solving the problem is identity forming; it allows us to reflect on our past and present, introspect and grow as individuals. But then again, this inclination of kick-starting the process is not formed until the baggage of the problem is too much to bear and the pain is too acute. This sort of behavior is similar to how we keep storing our excess items in attics and store rooms until they get too crammed for anything else to be kept there. But the process of cleaning up is an integral rite of passage- we come across old albums from our childhood, rags that need to go to the trash immediately, an old favorite sweater that we’ve outgrown. This process of dealing with the pieces of our past is important for us to move on ahead and make space for new experiences.

While there may be plenty of reasons why we tend to hold on to our problems, hanging on to them for longer than we are supposed to is never a good idea. No matter how hard we try to convince ourselves otherwise, they will get the better of us eventually. As stated earlier, self awareness is key. The first step towards solving any problem is acceptance, as cliched as it may sound. When we stop seeing our problems as extensions of ourselves, and start looking at them objectively, it becomes easier to distance ourselves from it. So, while talking about problems, may, at times, be an effective way of getting rid of them; sometimes it takes a little more effort than that to get rid of them. 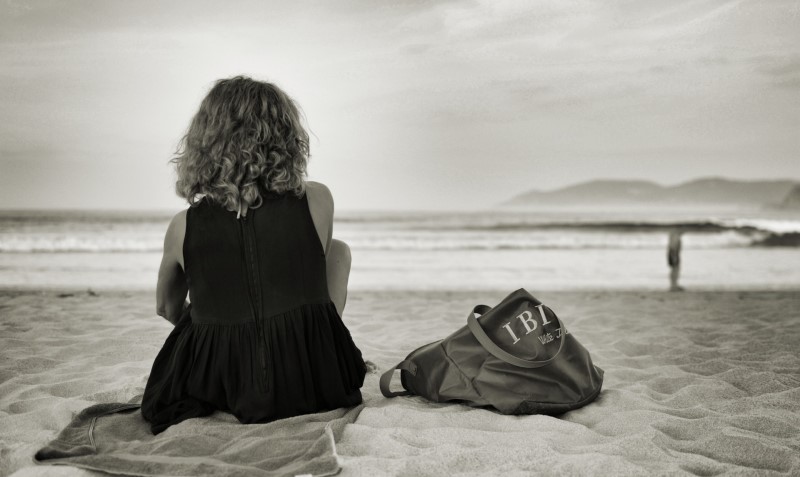 Article Name
Why We Love Talking About Problems Instead Of Solutions
Author
Sanjukta Bose
Description
We know exactly how a problem affects us, and yet we choose talking about problems instead of doing something to solve it.