Here’s Why You Cannot Expect Relationship Closure From Cowards

“Everything happens for a reason.” “You can do better than him.” “It is good that it happened now. Later would have been more painful.”

A not-so-comprehensive list of things they say when you are dumped. Dumped? Well, that does hurt; trust me, I know. What hurts more is that he didn’t even do that bit properly, right? As you collect your things from his apartment, you wonder, “Today was his last chance to explain himself; explain why this didn’t work out; give a solid reason for me not being ‘the one’.” As you confront a whirlpool of questions in your head, your mind is overwhelmed by the frustration. You should demand him to meet up and give you some answers. Breaking up over a phone call, on the answering machine, through a note, what did you do to deserve no relationship closure?

You did not do anything to be worthy of that; the only thing which explains this is that the man who just broke up with you is a coward. He is a chicken of a man, and you don’t expect a relationship closure from a chicken, do you? He chose to make a back exit, hiding away from you, instead of showing the decency of talking to you about his feelings and explaining them to you. He chose to be a quitter. He could not give you a proper explanation, because he does not have any! He is scared to look you in the eye and fill you in on the answers because that would require him to introspect, and that is when he would realize that the problem was with him all along. And that is not how he wants to feel about himself.

But out of, what I call, a bad habit, you will constantly blame yourself, and figure out what’s missing in the picture that was once your relationship. You will look back on all the bad moments, the fights you had, the everyday irritations and slip ups. Your mind will try to imprison you with these amputating feelings, and you will compliantly serve the term. As you go back over the steps, calculate all the possible mishaps, and pin down the very moment from when everything started falling apart, you will convince yourself that it was you who pushed the bond beyond its breaking point.

He, on the contrary, will maintain his devious silence and drive you insane with each fleeting moment. As he tries to free his conscience of the guilt, he will veil his spinelessness with stupid reassurances which he most certainly does not mean. “You are way stronger than this”. “It is high time we move on, you know.” “It is not working between the two of us, so what is the point of dragging it.” He wants you to move along with his plan, but you should not expect him to do the simplest thing that he is supposed to do: Break up with someone like an adult.

He may have loved you when the two of you were together, but he, without a shadow of a doubt, did not respect you. Yes, he never respected you. If he did, if he was a decent chap, his sense of right and wrong would not have allowed him to let someone, he once loved and cared for, walk about with a troubled mind and a broken heart, without answers and without reasons. If that man valued you, he would ensure that you understood the whys, before he walked out of that door for the very last time. 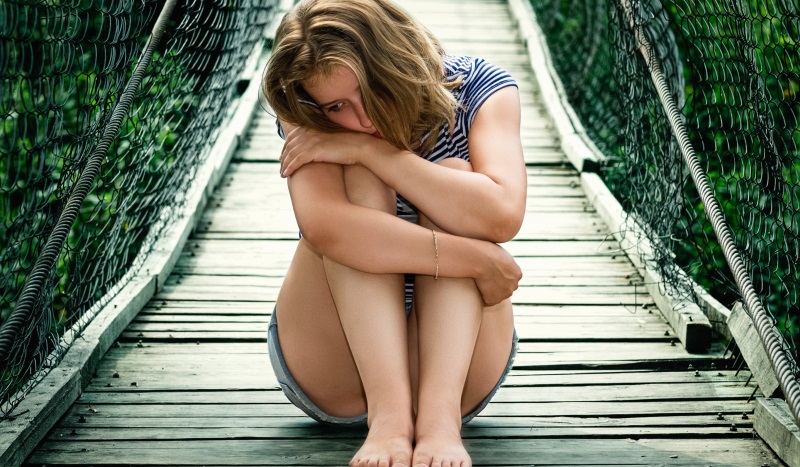 So what do we do next? We do ourselves a favor. We become our own relationship closure. You know what? He was actually right when he said you are stronger than you think you are. You too can walk away from this wreck that he has caused; walk away with your head held high. Do not let his gutlessness weigh you down. Let go of the onus that you have thrust upon your shoulders. And believe; have faith in life, love and most importantly, yourself. Believe that one day, you will run into a man, who is a man, who respects you. And as you look for answers to the more important and essential questions in life, he will stand right by your side. ☺