Adorable Illustrations Prove That Love, Indeed, Is In The Small Things

While many people mistake grand romantic gestures and expensive gifts for love, it’s the little things that make love such an enduring emotion. It’s true that love is in the small things. A caress, a strand of hair tucked behind your ear, a reassuring squeeze of your hand, a stroke across your shoulder, a cuddle on the lumpy couch, a cup of coffee after a tiring day at work, doing the dishes without even having to request it, folding the laundry – you name it, and there are several little things that show your love to your partner.

Finding magic in the mundane is what love is all about. And this is what artist and Philippa Rice has tried to accomplish with her comics and illustrations, based on her life with her boyfriend Luke Pearson since 2011. Creating magic with her illustrations, Rice highlights the everyday joys of living with someone you love. 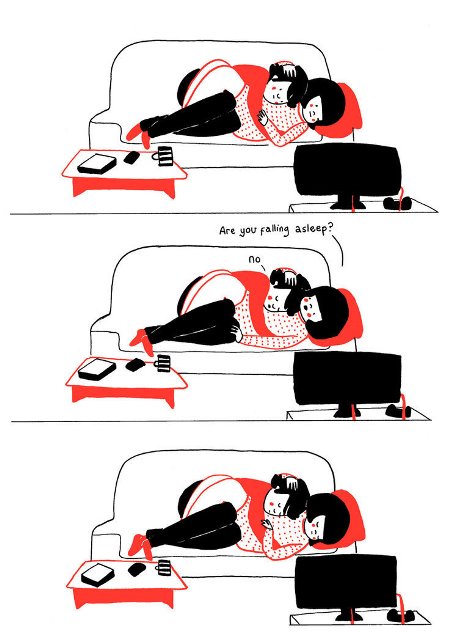 If you look at Rice’s illustrations and comics, it’s clear that what she has found is the epitome of the phrase, love is in the small things. Her illustrations forgo grand romantic gestures and the clichéd hearts and roses and candies for everyday things that show how much you love your significant other. These everyday things include morning routines, a snuggle, a hug, what to have for dinner, or falling asleep on the couch in each other’s arms.

The Bristol, UK-based artist has named her series of comics, Soppy, a word she explained falls “somewhere between schmaltzy, sentimental, sappy and silly.”

Suggested read: Illustrator Cecile Dormeau nails what it is to be a modern woman

“I was told that it’s not a word people use in the US and that surprised me!”

“I try and write down or draw any small, silly or funny thing that happens that I might want to read back and remember,” she said. “All the things that I’ve illustrated in ‘Soppy’ have happened in my real life.” 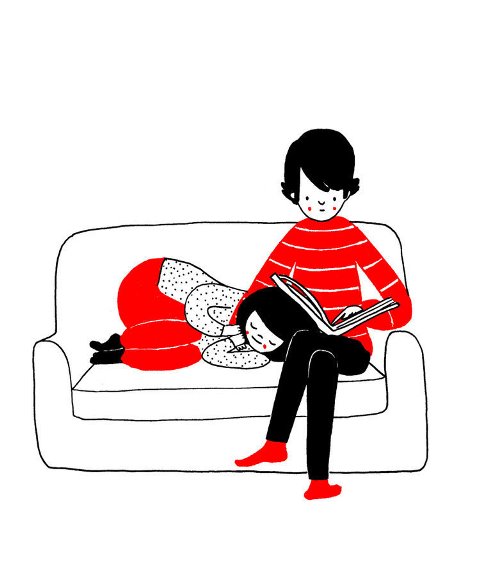 Rice initially posted her illustrations to Tumblr, and even sold a few of them as mini-comics. But her comics were so well-received that she decided to publish them all in a book format in 2014.

Here are a few of Rice’s illustrations that epitomize love’s presence in the small things:

Spending a blissful morning in the kitchen. Deciding what to have for dinner. 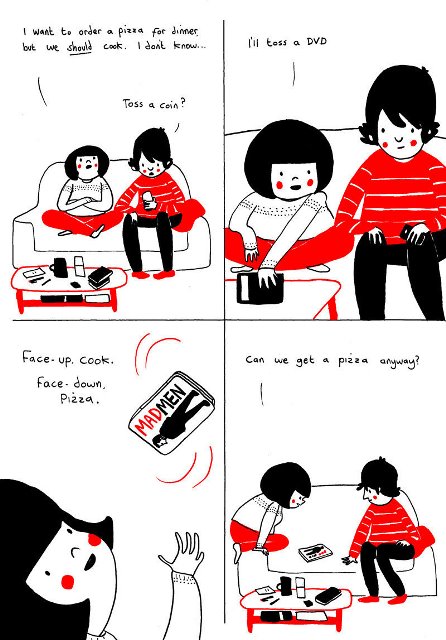 Which side of the bed is mine? 😛 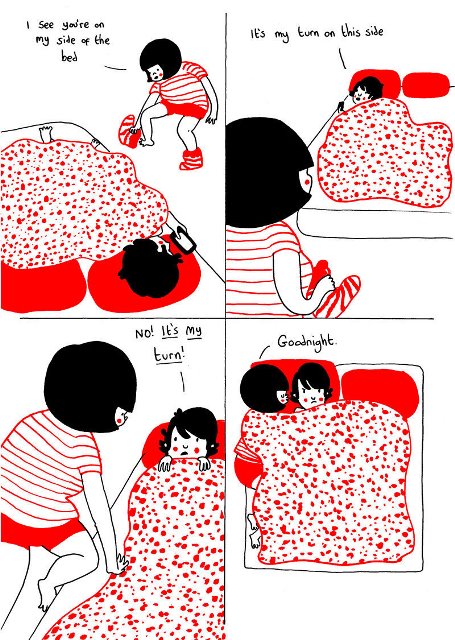 Hugging each other in sleep. Spending time with each other, despite doing different things. 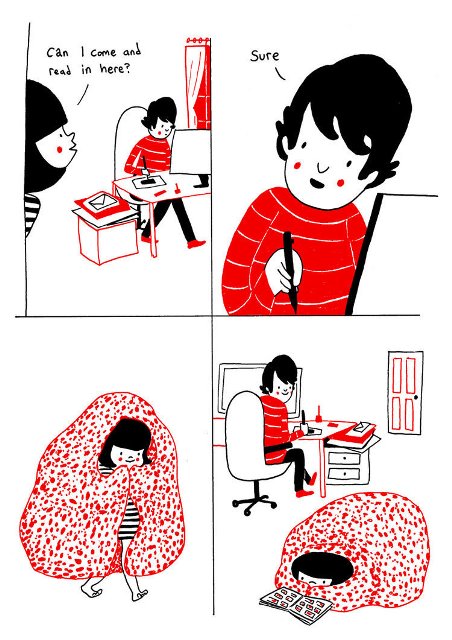 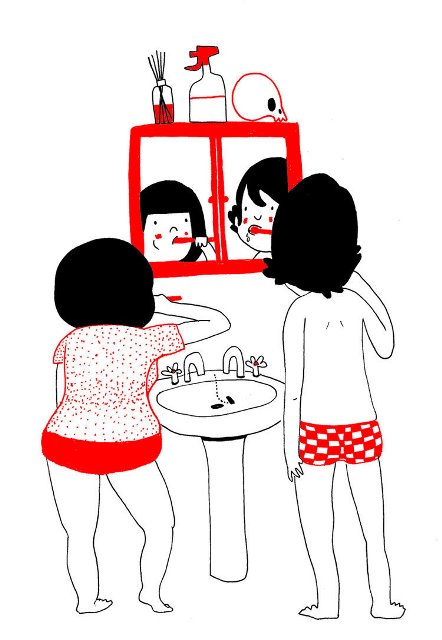 Something as mundane as grocery shopping made fun. 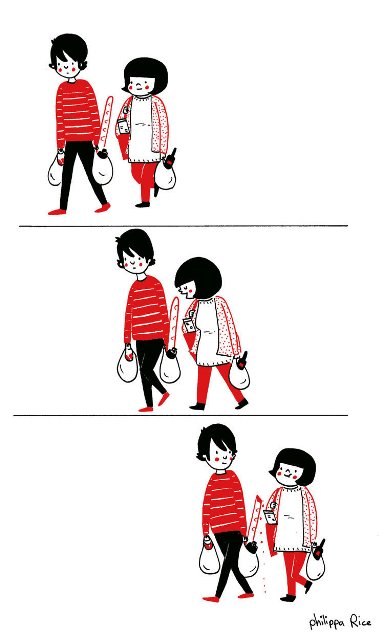 A hug when you need it the most. 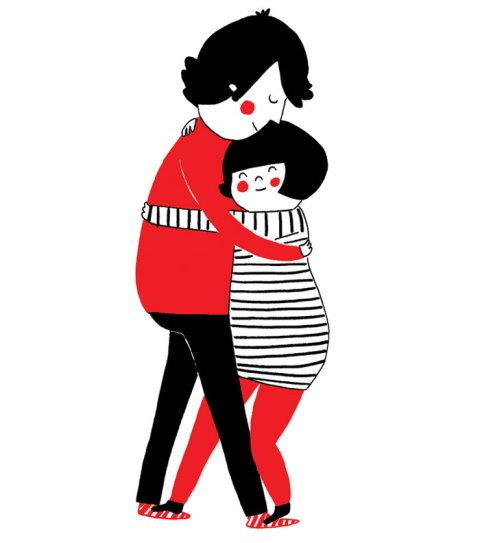 Holding your hand because the weather is making you blue. 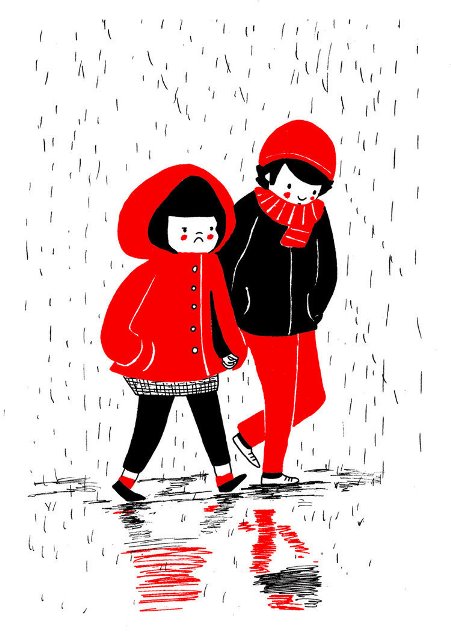 Reading in bed together. 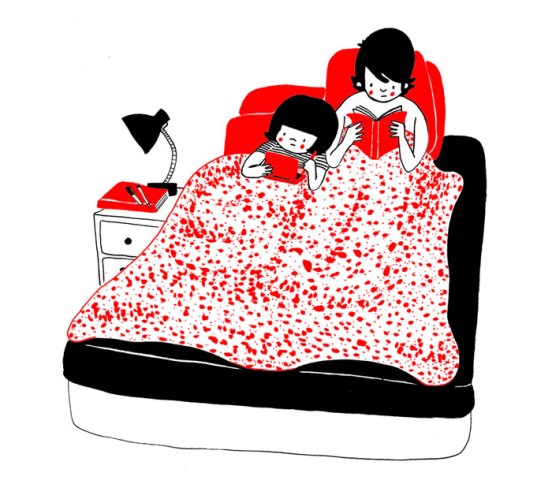 Cooking together, even if either of you have no clue what you’re doing! 😉 Talking in bed, with cups of coffee for company. 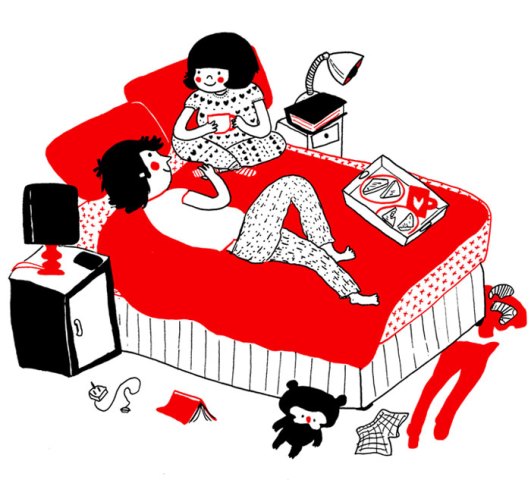 Doing the dishes together. 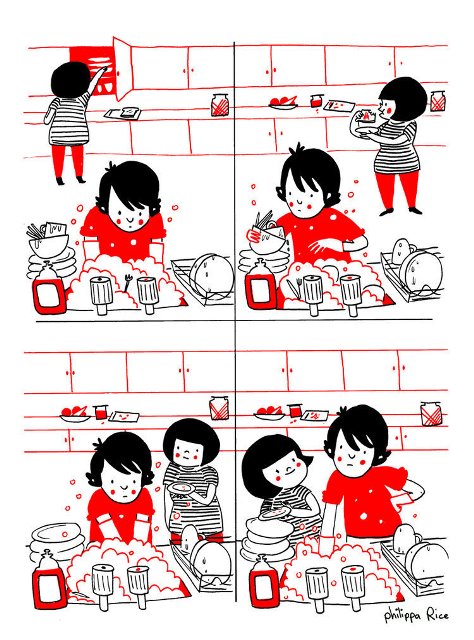 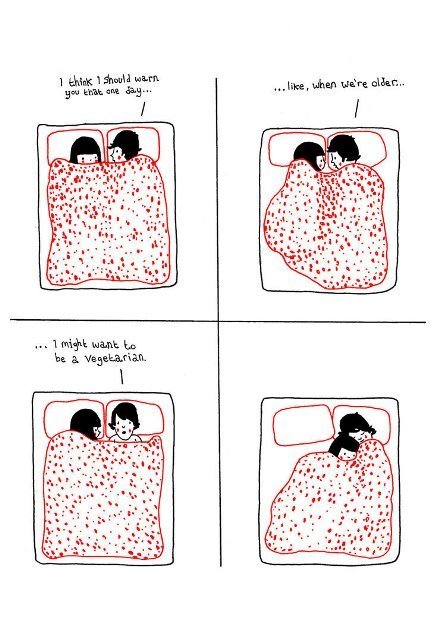 See what I mean? What do you think of these heartwarming illustrations? Do you agree that love indeed is in the small things? Sound off in the comments below.