All Or Nothing: I Won’t Have Your Half A Heart

It was our five-year anniversary. He went down on one knee and popped the big question with an even bigger sparkler! And so, I said ‘No.’

What’s a girl in love to do?

It started with that rare invite to the home he had locked down in his soul. I showed up right on time and stayed up late, lighting up the fire of his deadened heart-hearth. As the flames reached and flickered in his eyes, I saw the frozen surface of their puddle melting away. And as the soft glow of the fire spread about, I saw behind those pursed lips, a smile peeping from the corners. She was the shy types, hiding behind the red curtains of his lips that flared up to reach his adorable dimples- and yet, I succeeded in getting her to give us company. THAT was our first meeting.

The following day, I returned, unlocking another room and throwing the lock away. He flinched on entering the place, unable to bear the wild growth of the memory-forests inside, pricking against his skin. I could see them etching a story of love, a story of pain, on his open-book-skin. As I braved my way through the sharp branches trying to grasp me, following the trail left by a person long gone yet present, the pen of rustling leaves and dry twigs dug deeper into his being- forcing the secrets from his past to spill from his lips. That was when I read in his bleeding eyes just HOW MUCH he loved the woman he lost.

To be honest, I was a li’l scared of visiting him next. It wasn’t that I was afraid of the shadows his nightmares cast upon the dark sky or that I was fearful of losing my way in the wilderness. It wasn’t that I was scared of his insides rendered damp from uncried tears or afraid they’d gush out like an ocean he’d want to stay down-under. I wasn’t scared of drowning in those waves or simply, dying from the thirst of never knowing what it feels like to be loved without end or limit. I was terrified his re-opened wounds would bleed to death as the she-wolf of a past love present in every fiber of his being would feed off him- from inside his skin. And that I won’t be able to save him. That was when I realized just HOW MUCH I’d come to love this man I never had and might never have.

And yet, I went. Like a moth to a well-tended flame, I went closer and closer, willing him to let me in. As he let me inside each room of his being, I pushed him to crack open as many eggs as were nested upon the wild branches- allowing the sticky, slimy pain to ooze out. It was like a tide rushing toward me, threatening to pull me out to the sea. And I would have happily drowned in everything that spilled from him- if that could have washed away the pain of this man I loved so much. If only! But at least, he let the roaring waves reach ME- and for that I was glad! 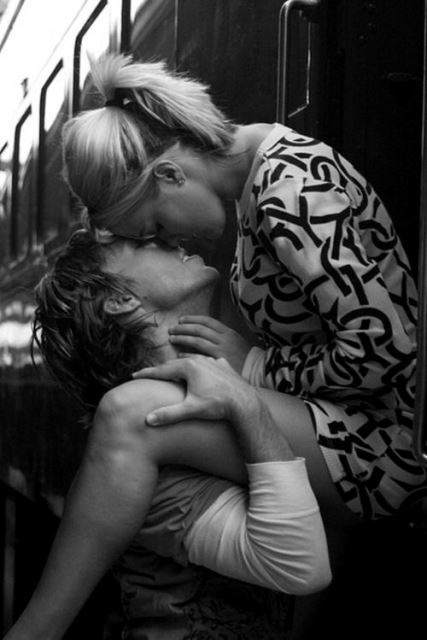 That night, I was in the innermost chamber of his heart. This was the only room I hadn’t entered and now I knew why. The cobwebs of purposive oblivion hung over honest dreams of love that had since been broken. I could hear the faint voices of tenderness keeping their memories awake long after they’d been laid to sleep for eternity. I could, amidst the mess, smell the simmering musk of his aftershave mixing in gentle doses with the perfume she must have worn on her neck. This was where SHE lived- the woman he loved so much.

I’d hardly dusted away the fingerprints on the spine of books that held roses once exchanged with ardent kisses, hardly mended the crevices left in the walls she’d broken to walk out, hardly drawn the curtains and let the sun in on the dark scars she’d left behind, hardly lit the fire in the hearth she left cold- when I melted away in the kiss that touched every muscle in my body, as his’ tensed and pulsated over mine. And as his being fell into me, I felt the room chill and the air smell like ruin. I thought she left.

But she NEVER did.

I woke up in the darkness of night to search for him. He was sleeping right beside me- and yet, the other side of the bed was too far to reach out to. I closed my eyes and thought of the past five years. I loved him. Sometimes, he loved me too.

He said he did. But I didn’t need to hear him say the words. I needed to feel them seep inside my skin, trickling into my veins and pouring out like a dam bursting from its place within my chest. And all I needed was for him to swim through and keep swimming until his fears drowned along with the walls of his past between us, leaving only the love from our hearts blended in an indistinguishable hue.

But that’d NEVER come to be.

So, I crawled out of the crumpled sheets where my scent will be- and placed my keys on his bedside drawer- tip-toeing my way to where I knew I’d never be the same again. Each step was breaking my heart into a thousand pieces- but my feet kept walking on the shards, knowing the blood is just something he’d have to carry around in the locked heart of the home he carries in his soul until another comes along to TRY…to make him love completely…

Article Name
All Or Nothing: I Won’t Have Your Half A Heart
Author
Sejal Parikh
Description
Because half a heart is not what I need from you...