How To Friendzone A Guy Without Hurting Him

Love is complicated. You are in love with someone, but one of your dearest friends is in love with you, but you don’t love him back!!!!! We’ve all been there – either on the giving or receiving end. And it ain’t pretty in either case. So, if you’re in this aaarrrgghhh-I’m-pulling-my-hair-out situation where you had thought you’d finally found a great guy friend with whom you could put right all the world’s ‘guy-wrong’ things and who, in turn, could ask you for some ‘pretty’ advice regarding ‘pretty’ matters, you wouldn’t have guessed that he had been making marriage plans in his head! So, then how do you stick a pin through the romantic balloon in his head without startling him by the boom-burst-noise? I mean, anything is hard-hitting when it comes to the matters of the heart, but you can sure use something soft and subtle to make the blow not-THAT-painful.

Here are a few ideas that may help you on how to friendzone a guy without being too brutal:

The most commonly used form of friendzoning, this one is as obvious as it gets without having to make it ‘verbatim obvious!’ Dodge those romantic comments, flirtatious remarks or anything that inches even close to the lover’s lobby. Either use your humor to keep knockin’ off those attempts out the window or be plain ignorant. Whatever you do, never play along with the idea of you two being in any romantic relationship whatsoever, especially when you know the equation is using imaginary/hypothetical elements that will never be true!

2. Do not send out mixed signals

If he’s a dear friend and you do not want to lose him, make sure you behave like a ‘friend’ with him. Cutting him off for a while and then calling him at two am when you feel lonely is an example of sending out mixed signals. He shall not know what to make of them and worse, attribute it to the ‘confused syndrome’ that afflicts the female species as it were. You do not want to lead him on with an ambiguous (not to forget, ‘sexist’) sign like that, right? So, snip the ambiguity right out. If you happen to be one of those people who naturally exude ‘flirtatious vibes,’ then just try harder to keep them in check around him. Just make sure he never sees a silver lining for this dark cloud.

3. Stress on how much you value your friendship

If you aren’t (wo)man enough to tell him outright that you aren’t interested in him romantically, then just try and focus on how important he is to you as a friend and how you’d never do anything to jeopardize this friendship. Let him know that you cherish the bond you share and that you’d never want to lose it. Once he realizes that pushing matters up the lovers’ lane might result in cutting your friendly trip short, he might understand the risk associated with pressing the matter further and change his mind about pursuing you. However, if he can’t stand the thought of being ‘just friends,’ you should allow him his ache and let him be.

4. Refer to him with safe terms/terms of non-endearment

The way in which we address people often gives away our feelings towards them. Use the same to your advantage. Refer to him as ‘bro’ or ‘best friend’ and make sure that it is clear that your relationship shall never transcend the realm of ‘brotherly/friendly’ affection. When you switch up these terms every time you roll out a sentence, it is likely that he shall take the hint. Most guys out there have done a Ph.D on ‘safe terms’ or ‘FZ terms’ by now and therefore, shall know that he has been friend-ed.

If you are used to chatting him up every half an hour on Whatsapp, call every two hours, or worse, talk over the phone all night, then it is time you may want to dial down the ‘crazy talk-time’ to something minimal or even zero. Once you limit the communication cycles and show him that there are other equally important people in your life, he may opt for ‘sense.’

6. Switch off the romantic

If your friend makes a move or asks you to hang out with a romantic overtone, make sure you turn him down. Acceptance shall only turn the amber signal green and that’s the last thing you want. If you cannot bail out on a meeting, make sure you have someone else trotting along to act as a buffer or hang out in a group so that things don’t really get a chance to get awkward. Make sure any romantic moves are nipped in the bud, albeit in a breezy way.

7. Talk about other guys

Now this one can be brutal, so you ought to be careful. Don’t crush his heart by going extremely meticulous on the details about your ‘crush’ or your ‘potential /current’ romance but make sure you slip up the information in some way or the other so that he knows you have your heart set on someone else. This might leave him a little hurt and he may choose to retract into his man cave for a while or just try to come off as nonchalant – either way, make sure you behave ‘normally.’ He shall accept the ‘truth’ soon and decide to opt for ‘sanity.’

This is a tricky one. You’ve got to do it right without crushing his heart. Make sure you approach the process vis-à-vis gradation. Hang out in a group (which includes the girl you’d like to set him up with), give them a chance to hit it off, follow-up post the meeting, start the teasing, and gauge the responses. Then, pop the offer. You never know what might happen!

There you go – the subtle ways of umm … well … breaking a heart.

However, if he refuses to take the hints and the friendship flares too quickly into a stronger and dangerous territory, it is a good idea to sit them down and tell them, ‘I like you – as a friend. I’m sorry but it would not be anything more!’

Yep, that’s like ripping off a band-aid. (Wo)man up and do it! 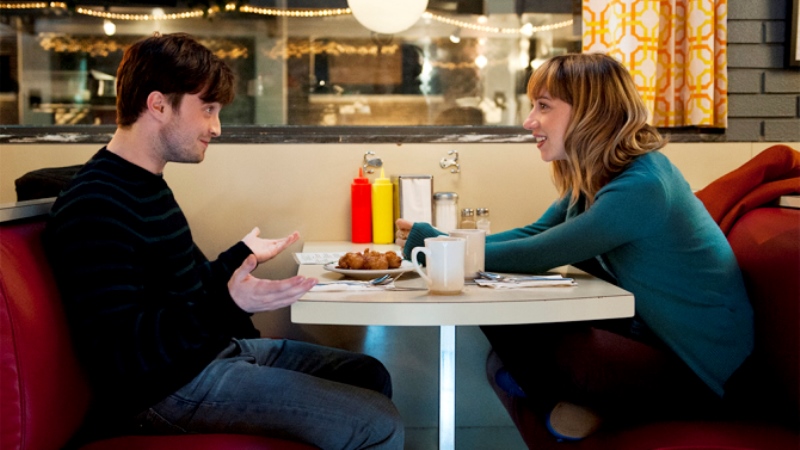