Does a long-distance relationship have to spell the end of the road for a couple?

Mona was in a sticky situation, courtesy of Vicky – her boyfriend, who had sprung his life-altering decision on her a couple of hours ago, of moving to Delhi from Bangalore. He’d wanted to be closer to his parents. Good, wonderful, that he cared about them so much; but what about her? She was in a dilemma; whether to continue her relationship with Vicky albeit a different one (long-distance) than what she had in mind or have a clean break and start afresh. 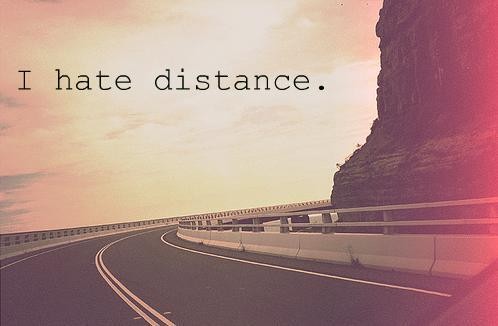 Her first call after Vicky had dropped her off at her apartment was to her two closest girlfriends, ‘Ha’nnah and ‘No’rah. She liked to use the quotes in her head whenever she thought of them; it was rather appropriate. While ‘Ha’nnah was the sort of person who saw the best in everything and everyone – her own personal angel with a halo, ‘No’rah was her exact opposite and saw the worst – her own personal devil with red horns and a pointy tail.

While each of them was contemplating what to do next, Hannah blurted out, “You can’t just break it off with him just because he’s moving away. He makes you happy. And besides, it’ll give you a chance to get to know him on a much deeper level, emotionally. You’ll crave the intimacy that being distant brings to the relationship.” She placed her mug on the table and continued, “There’re always phone calls, Skype, Whatsapp, Facebook, emails, and whatnot to keep in touch.” 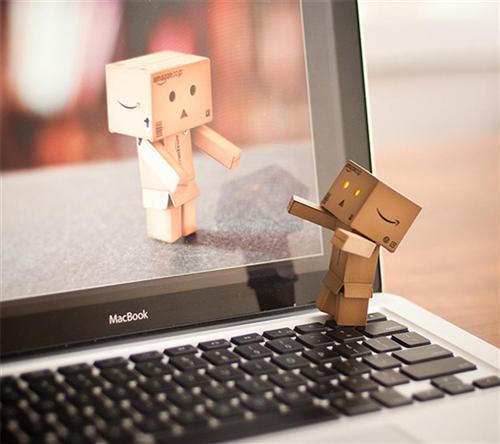 Norah took a sip of her hot chocolate and rolled her eyes at Hannah and said, “Don’t give her that ‘Absence makes the heart grow fonder’ crap. Mark my words; it’ll only make you miserable. No amount of ‘keeping in touch’ can fill the void of his physical presence.” She sighed and continued, “And besides, it’ll only be a burden on your pocket.” At the mention of finances in matters of the heart, Mona instantly thought of Jennifer Lopez crooning ‘Love don’t cost a thing’ on some exotic beach. Obviously, Norah thought differently, Miz Lopez. 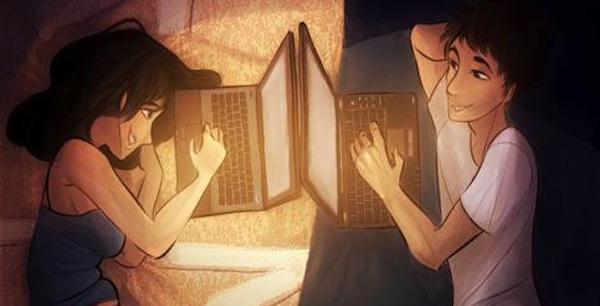 Undeterred, Hannah continued, “Forget about finances. Both of you will learn to appreciate and cherish each and every moment that you guys spend together. You’ll aim to make your encounters memorable. It’ll give you something to reminisce about when you’re apart.”

“Okay. I agree with Hannah on this one. But I know you Mona; you’ll worry yourself to death thinking about what he’s up to in Delhi. Can you honestly tell me that you won’t have trust issues when he’s so far away? It’ll surely stress you out.” Norah had a smug look on her face having made her point so succinctly.

Glaring at Norah, Hannah said to Mona, “I know you’ll worry – to some extent. You trust him, don’t you?” When Mona nodded, Hannah continued, “But there are other benefits to his moving away. You won’t have to feel guilty anymore when you have a girls’ night out with us. And you get the time and space for your pottery classes; I know you’ve wanted to take them for so long,” she finished with a smile.

Norah, with a determined look on her face, forged ahead with, “What will you do when you feel lonely and just want someone to hold you? You can’t be intimate with him over the internet – no hugs, no kisses, no cuddling on the couch. Can you handle being lonely?”

Mona had been silent through the back and forth rallying of her own personal eternal optimist and occasional pessimist putting forth the pros and cons of entering a long-distance relationship with Vicky, whom she liked very much. She had a decision to make.

Many people are faced with the same dilemma that Mona is facing. Long-distance relationships definitely take a higher level of involvement and commitment when compared to relationships in the same city. Given this fact, the two people involved in the situation need to make a considered and well-thought out decision based on where they are in life, their career goals, their own desire for physical proximity, and their levels of trust.

Wish there was an easy answer, but there are no clear-cut guidelines to help make these kinds of decisions, other than to consider all possible consequences of that decision, and then to go forward without any regrets. It’s up to the people involved to decide whether to listen to ‘Ha’nnah or ‘No’rah.