I sat there in my wedding dress, totally appalled at how it had all turned out. I did marry the man of my dreams, but it wasn’t the way I had dreamed I would get married. It all came to me at once, a barrage of thoughts and emotions. A feeling of happiness driven by anger, resentment, and fear. It was happening all at once, and I couldn’t for the life of me, understand why it had to be this way.

This is what an “eloped” wedding looked like. Well, in my case, it wasn’t any different from a regular wedding, but the only thing missing were my parents. The ones who make the ceremony seem meaningful, had unceremoniously decided to ditch me and let me stand alone at the altar. In their exact words, they would have preferred killing me than attending this ceremony!

Honor killing is what a section of society believes to be a dignified way to save a family’s name and honor. The concept isn’t very alien and it does happen in some parts of the country. Parts where education and awareness haven’t yet found their paths to these remote un-tarred roads. 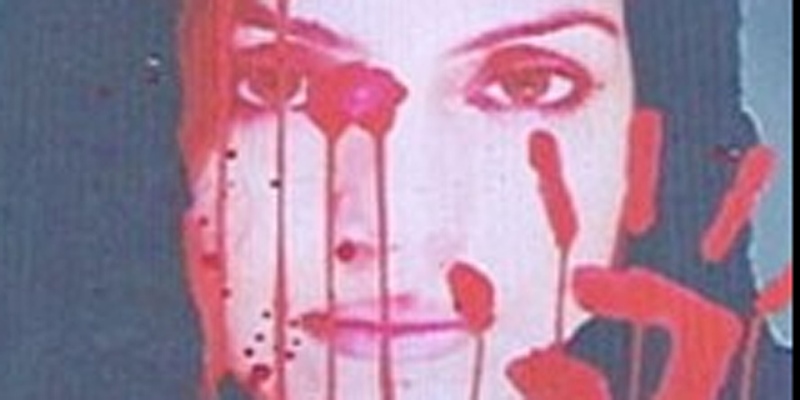 Little girls in India are often told how to do certain things, whether they can dress a particular way or not, who they can be friends with, what time they must get home if they do step out, and ultimately, who they should choose as their life partner. Well, all this can happen to little boys as well, but since we’re talking about me. Let’s stick to the girls.

Now, girls have an additional responsibility too. The one of tolerating all the emotional drama coming from the elders in the family, if you don’t adhere to the strictly laid down family principles. Perhaps not so much about making your family proud by pursuing your dream or finding a job you love, but by avoiding things that can defame the family’s ‘name’.

So, rewinding to not so long ago, I had made the biggest mistake of trusting my parents and letting them know about a guy I had liked (I should have simply ran away that time). The idea was relatively new to them, but they’d digested the news pretty well. ‘Pretty well’ was for a brief moment, until they realized that he didn’t belong to our community. A worry that immediately put them in a frenzy and made them hysterical. 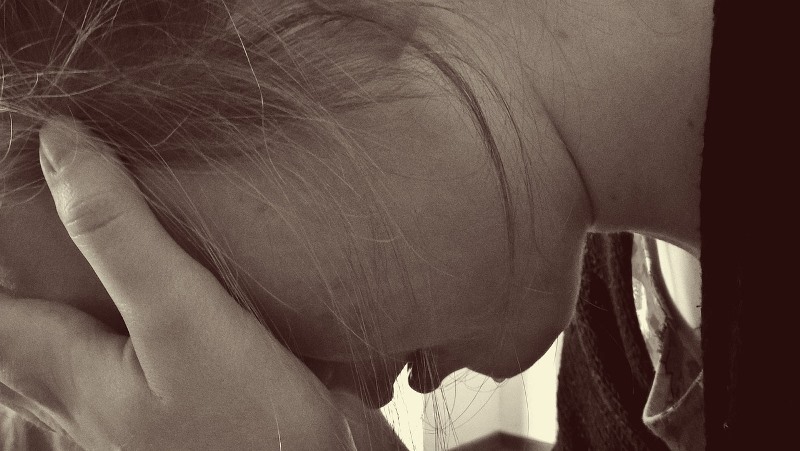 Their first reaction was that I must simply break it off with him; there simply wasn’t any other option. I had been slightly surprised (and later shocked) to learn that this would have been a problem with my parents. They were adamant that I leave him, and in order to make this breakup efficient, they brought me back forcefully from the city I was working in (where I had met him). They resorted to modern day torturing techniques to get him out of my mind. Locking me up, confiscating my phone, and monitoring my internet access were just a few things they tried.

They simply wouldn’t listen to a word I had to say.

Marrying into another caste according to them was an unforgivable sin I was committing agains my family in particular and my caste in specific. Something that cannot be reversed, and which would bring shame upon them and my entire extended family too (you know, the ones who never even bother to keep in touch with us).

I spent weeks trying to reason with them that we did live in a time where caste and creed didn’t matter much (although for them, it was their sole purpose in life to get me settled into a similar household like ours on the caste and religion front). They were in denial and refused to listen to anything else. The implications of not marrying into the same community, according to them, were catastrophic, and they wouldn’t  be able to come out of it. 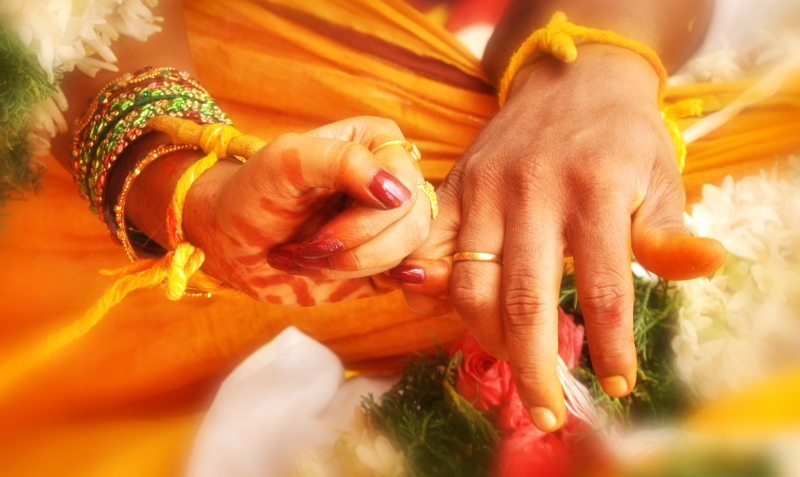 So, here I was, a rebellious daughter, who was jeopardizing my family’s name and status hoping to marry the man I chose, a man of my dreams, or simply a man I loved dearly and who loved me back.

Some days, my mother would walk into my room to find me lying in bed on a pillow soaked in tears and pass a mean, hurtful comment, like how she wished I were actually dead than inflicting such pain and shame on them both. Yes, dead. Not even disappear and live far away, but simply be washed off from the face of the earth and enter into another place, or in their words, hell.

Suggested read: I fell in love with a younger man while I was in a relationship

Honor killing, she said, held more dignity for her than to watch her daughter simply give herself to a different community, while onlookers mocked, or worse, scorned and shunned them! My mother felt with conviction that if I didn’t change my mind, she’d be the first one to put a knife in my body. So, I simply had to do what she wanted.

“What will others say?” was a phrase she often ended all her reasoning with. Somehow, it would affect them more than the feelings of their own child. So, they would be alright to watch me either wither away slowly or be unhappy for the rest of my life. But, they wouldn’t stand the thought of me marrying this guy from another community.

“What will others say?” she said when I pointed out to her that it was important to marry for love. That true love exists and that happiness is important.

My father, on the other hand, had made up his mind that he’d disown me if I went ahead and married this guy. While it wasn’t as bad as honor killing, the thought of living without them suffocated me.

Then one day, when it was time to choose, I had made up my mind and so did they. I left home after receiving a good hard slap on my face for arriving at the decision I had. Their parting words to me were that they’d never be a part of my life from henceforth. Something I’m still dealing with. They added that they’d rather kill me than attend my wedding.

I left my home teary-eyed and with very little faith in anyone, for my own parents had now abandoned me. I had tried to contact them on several occasions hoping that the distance would have changed their mind, sincerely wishing that they missed me and would come after me. They didn’t, and I didn’t go back either.

Soon, weeks turned into months, and months into years, and about 2 years later, I was gonna go ahead with the stance I had taken. I was going to get married without my parents, without their presence and their consent.

Flashbacks of our fights crossed my mind and I spent many a sleepless night simply thinking about how they had managed to wash their hands so easily from this precarious situation. It had been hard to stay away from them, but it was harder to digest the fact that they had indeed meant it when they said that they wished I had died. Like, in all seriousness, they had meant every word.

So, if the laws weren’t stringent, they would have killed me with their bare hands, the same hands they used to raise me. 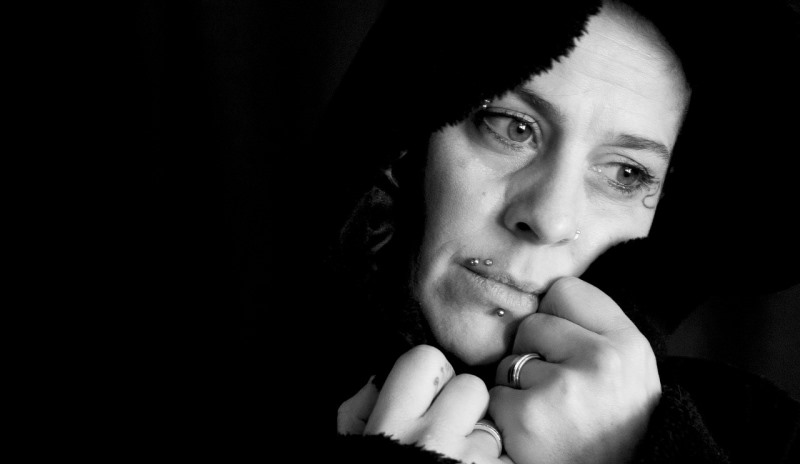 Finally, I had joined the bandwagon of the rebellious, the ungrateful, and the eloped.

After the ceremony was over, I looked around to see familiar faces all wishing me well. Some telling me I did the right thing, and others saying it took a lot of courage to do something like this. Yes, it did. Life is uncertain and sometimes you take the plunge on a hunch.

Suggested read: I had an affair with my married teacher when I was 16, and I felt used

I knew that this decision would affect me in the long run, when I would think of my childhood and think about my parents, when I really want to talk to someone I love and they wouldn’t be there for me. I knew it would make me cry more often than I wished, and that it would leave a near-permanent scar on my life. I knew I wouldn’t have anyone to fall back on, a support system that literally disappeared into thin air. And all the good memories were now trapped in mere photographs. I wouldn’t be able to go back to them, for they wouldn’t forgive me. I knew erasing them from my life would not be something I could make peace with easily. I’d have bigger drawbacks and larger baggage to carry all my life and I would probably regret my decision in the future.

But the fact that my parents had said and meant that they did prefer honor killing to attending my wedding, made me question their love. It made me realize that their so called love and affection came with a price. It wasn’t unconditional like it’s meant to be. It was evil and cruel. Their love had expectations from me, and wouldn’t have accepted me if I didn’t budge to their demands even later on in life. It made me think about the fallacies they’d make me believe were true, and I would then simply be living their dreams which may not have made me happy.

I’m happy today for making the right choice, for standing up for myself, and daring to venture into choppy waters. However, there is a void in my life, a feeling I do not wish to entertain or give importance to. It dies down when I look at my husband and see the love he has for me in his eyes. Something so pure, so true, and so humble. I’d never trade it for anything in the world.

Article Name
My Parents Chose Honor Killing Rather Than Attend My Wedding
Author
Anonymous
Description
Honor killing is what a section of society believes to be a dignified way to save a family’s name and honor.