The Ugly Secret of Marriage No One Tells You About

You’re engaged to the love of your life and you couldn’t be happier. Finally, all the Disney princess dreams of your childhood are coming true! Your special dress is ready, you’ve invited all your friends and family, and the two of you can’t wait to be together – in short, life is bliss! And the best part – you never fight! Unfortunately, that’s where Disney gets it wrong and you come face to face with an ugly marriage secret that no one tells you about!

As the gates of dreamland close and those of real life open, you suddenly find that the two of you don’t really fit snugly like the corresponding pieces of a jigsaw puzzle. There seem to be empty spaces and tight spots, and you begin to wonder if you’ve made the biggest mistake of your life!

Do all married couples fight?

Sorry to burst your bubble, but they do. Now, before your mind starts racing into the World of Worst Case Scenarios, take a step back and stop. Breathe. Relax and realize that what’s happening is perfectly normal. This is how it’s actually supposed to be, not the way it is in Disney movies! The two of you are two different individuals, from different families, different homes, different ways of life. To expect that you can live together a lifetime without fighting at all is just illogical, to say the least. Besides, spicing things up is a secret for successful marriages, and fights are sure to bring in some spice!

Why do married couples fight?

Well, well, where do we begin!! He left the toilet seat up. She maxed out her credit card, again. He preferred his mother’s cooking over hers. She got home a cat without consulting him. He wants to start a family now; she’s not ready. He snores. She nags. Needs. Wants. You get the picture, don’t you?

While every couple has their own set of pressure points, research shows that the most common topics married couples fight about are: Money, Sex, Chores, In Laws and Kids (not necessarily in that order). Sound familiar?

How do Married Couples fight?

Here’s a marriage secret of successful couples – everyone fights, but how you do it matters. Most couples generally develop a certain ‘pattern’ of fighting, wherein every time a fight starts, it usually progresses and ends in a certain way. Fights generally bring out the worst in people, and make them say things they regret later. Here’s another one of those marriage secrets no one tells you about – fights can get ugly and you are capable of doing things you thought were beneath you – slamming doors, threatening, saying deliberately hurtful things, bringing up past hurts, and storming off. There are many more angrier (and more embarrassing) things people do during a fight, but they’re among other well kept marriage secrets!

Does it get better?

Of course it does! Keep in mind however, that how you fight determines the quality of your relationship. Remember how we mentioned that couples fall into a ‘fighting pattern’ after a while together? You need to be aware of that and avoid damaging patterns within your fights. Pssst … here’s a super marriage secret about fighting – ‘stick to the point.’ When your emotions are all raked up and your blood is boiling, it’s easy to lose track of what started the fight. You travel back in time and dig up so much dirt about your partner that Hitler starts looking like a saint!

To avoid doing that, you have to stop yourself from getting into that state. In short, if you begin the fight well, you’re more likely to end it well.

1. Focus on the problem, not the person

Choose your words carefully to explain why you’re annoyed without doing a character assassination of your spouse, no matter how much you’re itching to do so! This isn’t just a successful marriage secret; it works well in any scenario!

After some time together, the two of you will be able to recognize certain triggers that irk the other person. Once you know them you can take steps to eliminate those triggers if you’re causing them. If you’re not responsible for them directly, you can at least train yourself to respond in a particular way the next time it happens.

When things are cool, the two of you can set some ground rules such as – no bringing family into the fight, past will remain in the past, not going off topic, etc., It’ll take some willpower to remember these rules during the next fight, but practice makes perfect!

Comparisons never bode well! It makes the other person feel belittled and provoke them into comparing you with someone else! They might also feel like you’ve been regretting your decision to be with them, which can be very hurtful.

Suggested read: How to fight effectively with your spouse

‘You always do this to me!’ or ‘You never listen to me’ are superlative declarations you make in the heat of the moment; in short, you’re exaggerating the other person’s bad points. The fall-outs of this argument are that a) It isn’t true, and b) The other person can point out that it’s not true, to which you’ll have no counter argument! So avoiding them altogether is the best course of action. 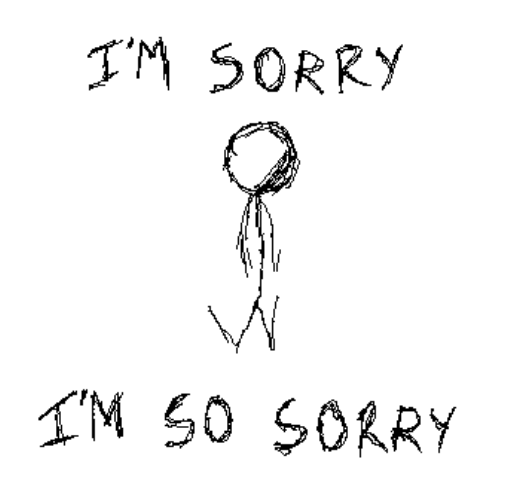 Sometimes, you don’t have the energy for any more arguments or dirt digging and you just want it to stop. In such cases, just say that you’re sorry, never mind who did what! You’ll be surprised how many people soften at that simple word and you’ll soon find them apologizing for their behavior as well. Now, that’s what we call a win-win situation!

Fighting fair isn’t easy, but it isn’t impossible. While your first major fight in your marriage can frighten you and draw you into thinking that the future is bleak, that’s just not true! Want another marriage secret of successful couples? Fights bring a couple closer! Couples the world over will attest to the fact that reconciling after a fight leads to a clearing of the air and a better understanding of each other. (Makeup sex, anyone?) Just remember that the fight is temporary and your marriage is permanent; so just fight fair and you’ll have a marriage that will inspire your great grandchildren!

Article Name
The Ugly Marriage Secret No One Tells You About
Author
Fabida Abdulla
Description
Marriage may seem blissful in the beginning, but one of the marriage secrets that no one tells you about might seemingly shatter this bliss. Read on!