I Was Hit, Hurt, And Healed: The Story Of A Domestic Violence Survivor

(Names have been changed to protect privacy of people involved.)

I had once read somewhere that if you are going through hell, keep going. Well, hell is more of a maze than a tunnel; a maze built on quick sand that keeps swallowing you, a moment at a time. The longer you stay in here, the harder it gets for you to free yourself, and before you know it, you are sinking in the swamp up to your neck, frantically yelling for help but the only sound that greets you is silence. You must be wondering how I know so much about hell; well, I have been there and back! I am a domestic violence survivor, and this is my story.

Ned and I met in college. He was a year older than me. We met for the first time when I was assigned a dissertation that Ned had been working on for a year. We started meeting in the seminar room, then the cafeteria, and slowly our conversations extended beyond the walls of the campus and definitely, beyond our research. We fell in love, and hopelessly, so! When I broke the news to my family, they did not give an approving nod. Ned wasn’t working yet and naturally, my parents were worried. So we waited for two years while Ned and I, both got decent jobs and saved enough to take care of our rent and other monthly expenses. My parents finally relented, and over a weekend, we got married in the plainest way possible. All that mattered to us, at that point, was to be together, forever and always. Today, when I look back as a domestic violence survivor, I realize how that prayer turned into the worst curse of my life.

In the initial years of our marriage, everything was exciting and adventurous. Ned had a wild streak in him, and to be honest, that is what had appealed to me. He had hordes of friends and we would spend every evening attending parties or going to the pub and getting wasted. I enjoyed it, because it was all new to me, electrifying! However, within a year, I started getting bored of going to the same pubs, meeting the same friends, and discussing the same people and subjects. I would try and find ways to dodge them, but my husband would not take no for an answer. I hated how he got drunk and I had to drive him home every night! We would fight and the next day we would make up. I thought this was normal and that one day Ned would realize that he needed to stop drinking and concentrate more on us and our finances and security. My ignorance cost me a lot later.

Our fights started increasing in frequency and became fierce. He would abuse me in front of his friends if I asked him to control himself and make passes at other women right in front of me. On one such night, I was driving him back home from a party. He was relatively less drunk than usual, but his friends had forced him to the passenger seat. When we reached home, he poured another drink for himself and slumped in front of the TV. I was worried for him and for myself. That’s when I tried to stop him and reason with him. Ned got furious and slapped me for the first time. He then walked off to the bedroom with his drink in hand and locked the door from the inside. The blow had thrown me to the floor and I had cut my chin. I was bleeding. I was scared. Not because he had hit me, but because I realized that my husband could hurt me – physically. And I had seen it in his eyes that he craved to hurt me more. I was scared because from that night on, things had changed. I could feel it. I was terrified of my own husband.

To be honest, our courtship days hadn’t been scuffle-free either. I still remember how he would argue with waiters at the bar when he got a little tipsy, and I would stop talking to him for weeks. But then, he would turn up at my door with a bouquet of flowers and a face so remorseful that I could not refuse to accept his apology. He would then promise me that he was a changed man who wouldn’t repeat an incident like that ever again. His forgetfulness was quicker than his temper, I guess, because he would recap the same behavior every time he got drunk. There was this one time, when he got so furious with the bartender for refusing him a drink that it almost came to blows. However, since our dates were spread out over months, these episodes seemed like rare events, which in reality, were red flags that I’d missed. It was stupid of me to expect that he would change after our marriage.

After the night that Ned slapped me for the first time, it seemed like he had gained a power over me. The fear that he had seen in my eyes had given him a sense of authority, and before I could realize, my husband was controlling me. When I resented to his regulations, he would slap me, harder each time. I felt like my horror was feeding the monster in this man and helping it become stronger.

Domestic violence and domestic abuse are very common, but they are in most case, denied, unnoticed or excused. There were many times when I wanted to call my parents and tell them everything. In the beginning, I wouldn’t do it out of shame; remember how determined I was to marry this man? Later, I was too scared of Ned to tell anyone about anything. He started checking my call logs. He would get irate if I password protected my phone. He would call me up 30 times a day to check up on me. If I were in a meeting, he would keep buzzing which started becoming a major distraction. I had to be home by a certain time, and if I spent a minute more than that, he would start looking around for me asking neighbors and calling up friends. It was becoming very embarrassing for me, and my output at work was also losing quality. I decided to leave my job and put up at Ned’s jail full-time, to soon realize that this is what the beast was waiting for.

With me at his disposal, Ned’s abuse escalated to horrific heights. He would want to get intimate all the time and struck me if I seemed disinclined. This man, who was my husband, who had vowed to love me, cherish me and honor me, was breaking my soul – one piece at a time. After every agonizing incident, he would walk up to me and start crying like a lunatic. He would tell me not to be scared of him and that I was his wife, the most precious thing to him. He would also say that he didn’t enjoy hurting me but that I compelled him to do it. That it was all my fault for making him hit me. Then he would kiss me and act as if nothing had happened.

Things went on like this for a year. I was living in a prison that I had helped build and from which there was no escape. Every night, I would curse myself and say that nothing can be worse than this. I was so wrong! One evening, Ned came home from work. He looked very sad and depressed. I thought I would cheer him up with some happy news, and so told him that I was expecting our baby. To my horror, he got furious. He told me that he had lost his job that day and that this baby was evil. With his job gone, it would be impossible for us to even think of feeding another mouth, since I’d already quit my job as well. I felt bad for my husband and told him that I would abort the child. The next morning I got a call from Ned’s colleague who told me that he had lost his job because he was caught red-handed getting intimate with his boss’ wife. I was broken beyond repair. I was living with a man giving up all my dreams and aspirations, having no connection with my friends and family, being continuously beaten and punched and also raped, and this is what I get as a prize. 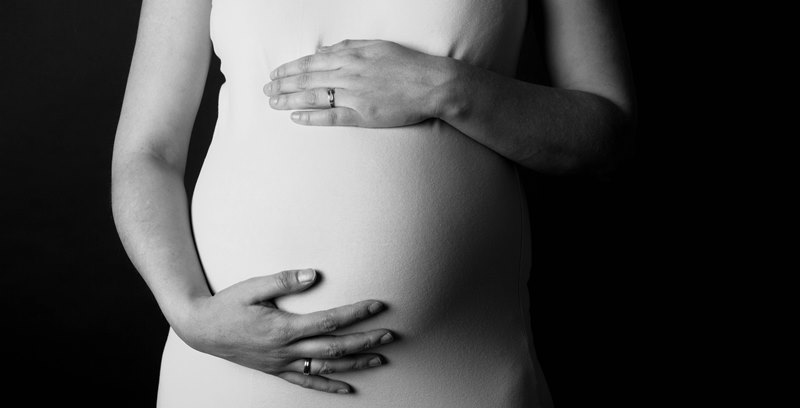 I decided that I would not let my unborn baby face the brunt of this man’s deeds. So I went up to him and told him that I would not abort the baby and raise it on my own. When I turned back to leave, my husband pushed me from behind. He then flipped me over and kicked me several times on my belly. I screamed in pain, but he went on kicking me until I blacked out…

Suggested read: I was 19 when I chose to terminate my pregnancy

Today, as I dress you up in that bridal gown and let you start your life with a man you have chosen for yourself, just as I had chosen your father all those years ago, I share my story with you in this letter because I want you to know that whatever happened with me can happen with anyone, and not everybody is strong enough to emerge as a domestic abuse survivor. You were my strength when I decided at the hospital, with you in my arms that I will start my life all over again. I legally fought my way out of the abusive marriage and started my life from scratch,  just for you. You are precious to me and I will do anything to protect you. Always remember that I am only a phone call away. ALWAYS.

And a domestic violence survivor.

Article Name
I'm A Domestic Violence Survivor, And This Is My Story
Author
Anonymous
Description
I was hit, hurt, and abused by my husband, and this is my story... I am a domestic violence survivor...