The Way Someone Treats You, Is How They Feel About You…

When I was a kid, I remember this one boy at school who used to pull my hair, kick me in the shins, and even pinch me on occasion. For a boy barely out of toddlerhood, he was built big, and I was intimidated by him. The first time it happened, I remember telling my mom about it as soon as I got home from school. She was in the kitchen, tidying it up and talking to grandma at the same time. I felt humiliated by the experience, although I was too young to describe what I was feeling. I felt odd and was close to tears, when I recounted what had happened at school that day.

As my mom held me in her lap, running soothing circles on my back, it was my grandma who said that the boy who was mean to me at school that day, probably liked me. That it was his way of showing his interest. 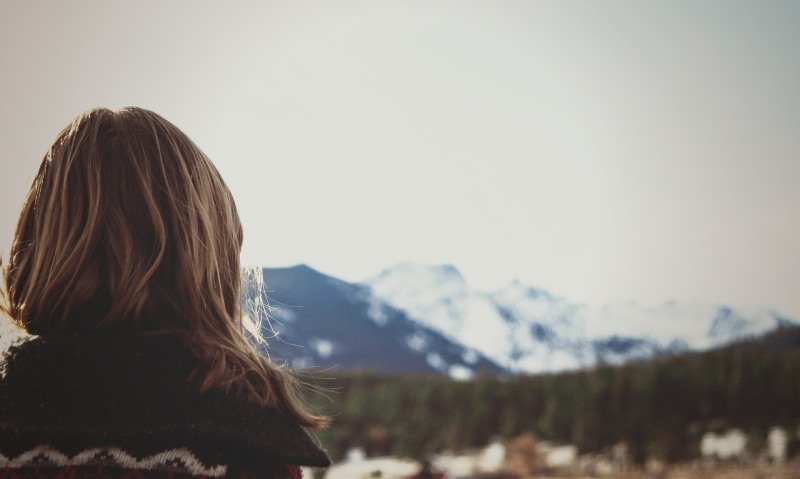 As I grew up, this meanness from the opposite sex manifested in different ways, till about high school. Thankfully, guys seemed to have come to their senses or got better advice on how to let a girl know they’re interested, because high school dating was a lot different than grade school dating. But I’ve often wondered where that ‘gem’ of a dating advice came about – hurt a girl to let her know you’re into her. What kind of logic is that?!

Although dating has changed considerably over the years, people – men and women both – still tend to play games with each other. It’s like a high for them – the more you seem gullible to these games, the more they take you for a ride. However, since we’re all adults here – mature ones, I’m hoping – let’s be clear about one thing here: if a man treats you badly, chances are he doesn’t think you’re good enough to be treated any other way. It’s a conscious choice on his part to treat you poorly. And this is a direct consequence of him thinking that he just doesn’t like you enough to care to treat you the way you ought to be. Or, to take it another notch down, he just doesn’t respect you.

Any relationship stands on the cornerstone of communication. It’s a mark of the maturity in a relationship that you can communicate with your partner without having to resort to passive aggressive silence or shouting. However, communication exists in many different layers. Some things you communicate verbally, and some, non-verbally. This is where the old adage of ‘actions speaker louder than words,’ comes into play.

Granted that not everybody is well-versed in articulating their thoughts and feelings, and it’s okay. He might not be very good at telling you that he loves you, but if he goes out of his way to show you the same with his actions, then he’s a keeper. If he truly sees you as the queen in his life, even though he won’t tell you in so many words, he’ll show it to you through his actions. But, the reverse can also be true. That if he treats you poorly, he probably thinks poorly of you too. It’s up to you to recognize the signs and deal with it accordingly.

If he’s always out to prove a point and talks over you, he probably believes that only his opinions matter. If he never listens but judges, he likely doesn’t care for you. If he’s rude and disrespectful towards you, then he doesn’t respect you. It’s as simple as that. It’s just a matter of you waking up and smelling the coffee, rather than refusing to get up even after the coffee cools down (bad analogy, but bear with me :P).

Now, for the next steps on what you need to do. Whatever you do, do NOT, I repeat, do NOT ignore it. If you don’t like the way he treats you, don’t make excuses for him about stress at work or something else bothering him. The more you take lying down, the more you’ll be at the receiving end of such undeserving behavior. It’ll only get worse if you let it go unchecked, without bringing him up for his rude behavior. He’ll probably think you’re a pushover.

Tit for tat is NEVER a good option. It might give you temporary satisfaction, but it won’t fix what’s wrong with your relationship. Such childish tit for tat treatment will only make your relationship fraught with more problems to tackle – a passive aggressive war that neither of you know how to end. And you should be out of such a relationship before it gets to this point.

Suggested read: 12 reasons why it’s hard to let go of someone who’s bad for you

As mentioned earlier, communication is one of the cornerstones of a mature, healthy, adult relationship. So, the best thing you can do for yourself and for your relationship, is to be straight about the situation. If you don’t like the way he treats you, tell him that. He may try to deny or argue that it’s all in your head, but when you lay it out for him – incident by incident – and confront him about it, you’ll know what to do from his reaction. It’s not just about what he says, but what he does as well. After all, actions do speak louder than words.

In the end, all that matters is that people, most times, tell you all you need to know. You just have to listen carefully and observe well enough to know what the message is that they’re sending across.

Article Name
The Way Someone Treats You, Is How They Feel About You...
Author
Emily Walker
Description
If your boyfriend/husband/partner treats you badly, that's how they actually feel about you. It's time to wake up and smell the coffee...