This Couple’s Luxury Honeymoon Safari In Tanzania Is Awesome. Here’s Why

Jackson and Wendy went to Tanzania to celebrate their 10th wedding anniversary. Jackson was a big fan of the wilderness, and Wendy shared his enthusiasm. The trip was exciting and invigorating for the couple, who wished to rekindle their passions after 10 blissful years spent together. 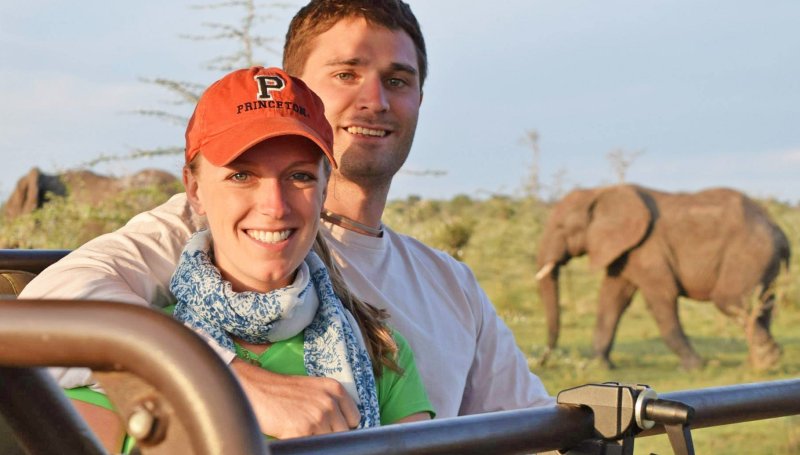 They spent 3 days at Serengeti National Park and 3 days at Mafia Island. The total airfare, for a roundtrip from John F. Kennedy airport in New York to Julius Nyerere Airport in Tanzania and the successive chartered flights to Seronera airstrip was around $7000. From Seronera airstrip, it is a 50 minute drive to the Four Seasons Resort in Serengeti, where they were staying. The drive to Serengeti National Park was enthralling, with the long road stretching through miles and miles of vegetation. 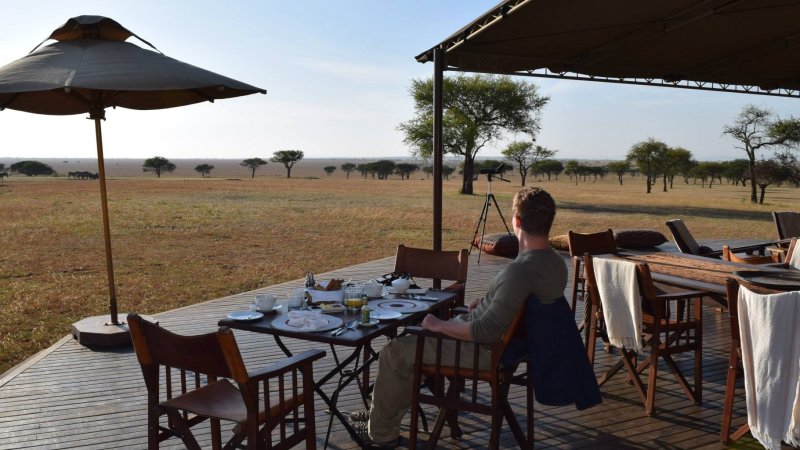 On reaching, the couple was treated to a luxury 90-minute spa to soothe the jetlag followed by a sumptuous buffet dinner. The elegant and air-conditioned rooms featured African décor and came with a flat-screen TV, minibar and a safe. All rooms had an en suite bathroom with a bath and shower.  The room fare for three days came down to a total of $7000 for the Adventure package.  Jackson had pulled out all the stops for Wendy, who always preferred a luxury hotel room. 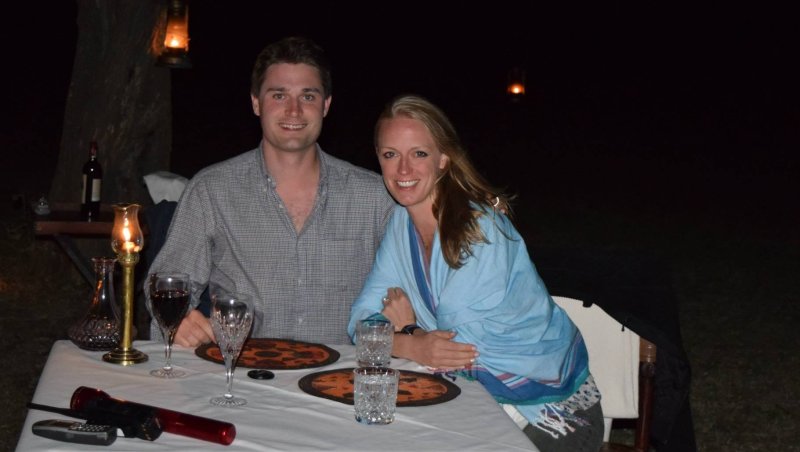 The next day, the couple woke up to animals winding down their nighttime activities. The Half-Day Game Drive began at the Lodge at 7:00 am.  With the Safari guides, the couple enjoyed the view of the wildebeests running down the wild terrain, as they drew up clouds of dust behind them. A little later, they were lucky enough to watch all three African jackal species run about the forest vegetation, alongside the spotted hyena. Wendy was absolutely taken aback by the proximity to the wild animals. They lived and breathed the same air as them!  The scenic beauty and thrill of the wildlife kept them at the resort for 3 days. 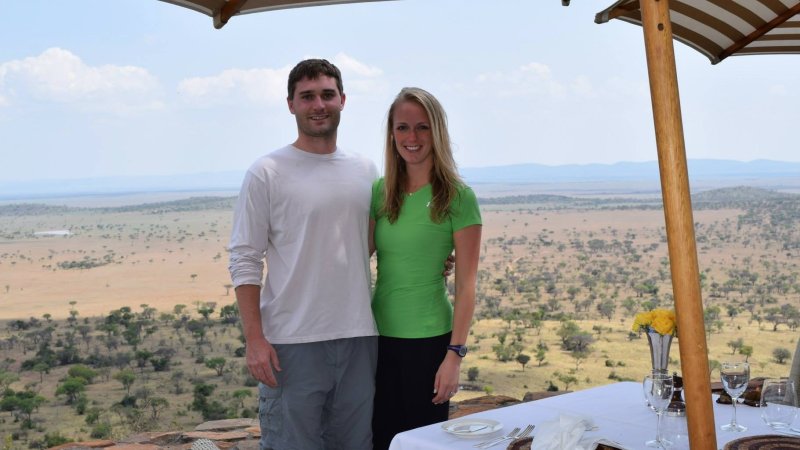 Four Seasons also offered hot air balloon rides, along with deluxe picnics. The hot air balloon ride was exquisite, with a panoramic view of the entire park, along with a bird’s eye view of the herds of zebras riding beneath them. The deluxe picnic was an exquisite experience for the couple, with champagne and exotic Tanzanian delicacies prepared specially for the couple. The Tanzania trip made the couple realize why they had fallen in love 10 years ago, and almost with a swift flick of the magician’s wand, they fell in love all over again.

Suggested read: Couple plans to get married in 11 countries in 38 weddings!

The African wilderness, the dark, tall trees and Wendy’s face illuminated by the flickering bonfire re-ignited Jackson’s passions. Jackson’s zeal for photography also found new fuel in the photography classes offered in the resort. After three days at the enthralling resort, the couple made their way to Mafia Island.

Mafia island has had a prominent place in the history of the East Coast of Africa, as it had been a safe haven for ships to stop for water and for repairs. Now it was a surfer’s paradise, with a long beach stretching for miles and miles. The uniqueness of Mafia Island is in the fact that the people live in rustic fishing communities and farming villages. They are almost stuck in time, and traditional religion also manifests itself in ritual dances linked to the lunar cycle. Jackson and Wendy checked in at Kinasi Lodge, a luxury resort with the best amenities. 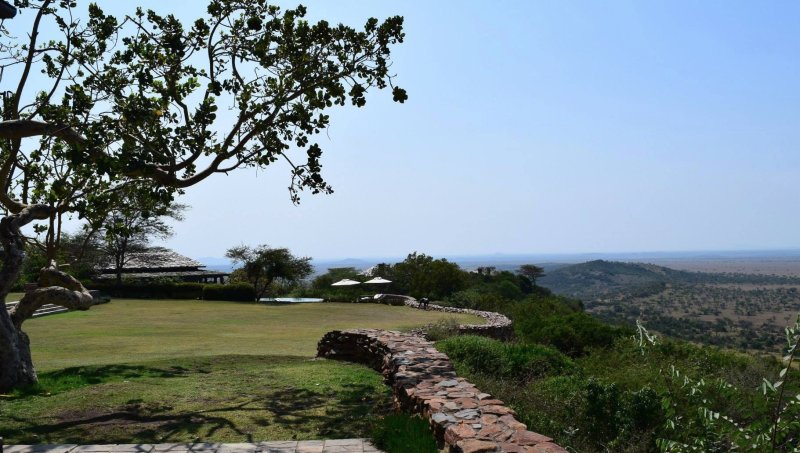 The couple participated in leisurely activities such as snorkeling and swimming around the stunning coral shelves of Chole Bay, double kayaking in the ocean. One day they were taken on a guided tour to villages on the islands of Chole and Jibondo to see traditional village community life and economic activity, such as boat building and farming. Mafia Island is a perfect place to sit back and relax. The Kinasi Lodge at Mafia Island charges $300 for one night. The view was spectacular from their rooms, with the sea opening out to them with its great blue surface. The Mafia Island is secluded, and the inhabitants intend to keep it that way. It is not a frequent visiting spot for tourists, which made it the ideal place to relax after the hectic couple of days at Serengeti. Mafia Island is a different experience altogether, and the couple had an experience of both the frenetic energy and thrill of the wild animals at Serengeti, along with the peace and tranquility of the resort at Mafia Island. Wendy loved Mafia Island because of its slow pace of life, and general relaxed mood of the communities living there. The couple returned, rejuvenated after a blissful couple of days in Tanzania.

Article Name
This Couple's Luxury Honeymoon In Tanzania Is Awesome. Here's Why
Author
Debroop Basu
Description
Sometimes, all a couple needs is a VACATION! Check out why this couple's honeymoon in Tanzania was awesome.