To all the women who CHOOSE not to have kids – THANK YOU.

Surprised? I know you do not hear that often. In fact, you NEVER hear it at all. But today, I want to take this moment to thank you for choosing not to have kids!

I am acutely aware of the kind of vitriol directed toward the members of your club and this is why I choose to write to you and the world – to expound upon the reasons not to have kids, to dissect the whole ‘banal fantasy,’ as the world calls it, and delve deep into why this is the best time to challenge the dominant script for parenthood and its NEED.

But before I begin on the CHOICE of non-parenthood, I wish to throw some light on ‘parenthood’ itself. 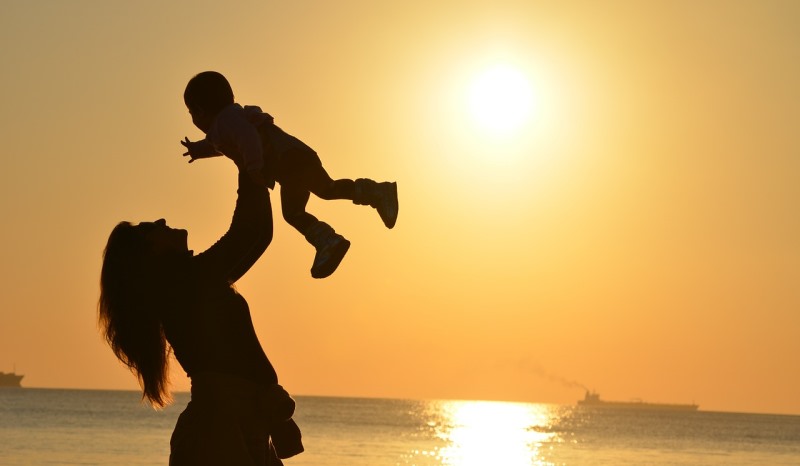 Birthing a ‘life’ and instilling meaning in the ‘life’ of the life one brings into the world is a beautiful thing. In fact, come to think of it, wheeling around the world’s cutest eight-month old through Starbucks whilst the cool reserve of everyone in the room dissolves like the frigid vanilla ice-cream topped with hot chocolate fudge is precious! Even more precious is to experience the care of the hence-grown-up toddler when you swap roles in old age! But has anyone, in recent memory, declared that they were procreating out of selfless altruism? WAIT, I am not judging – but I am calling into question the whole premise on which the model of ‘parenthood’ (as we know it) operates.

Suggested read: 15 tips on how to make him fall in love with you

We live in a culture of ‘assumed motherhood’ – a definition wherein the act of birthing and raising kids is normalized to such an extent that we never ever question it. Simply put, whether we grow up in conservative households or are brought up in liberal, tolerant families, we are conditioned to understand the ‘concept’ of family as something that inevitably includes having kids. We are conditioned to believe that it is the natural course in life and hardly probe deep as to whether our ‘social or biological duty’ to reproduce stems from our ‘own’ innate and deep desire for children or are just attempts to conform. Don’t get me wrong – the whole process of parenting a child is still one of the most beautiful things one can experience. I am only saying that parenthood is a huge responsibility – one that entails immense physical, emotional, mental, and even socio-economic investment! And since it is such a gargantuan and daunting task, it must be entered into entirely voluntarily. But it just seems to me, that ‘voluntary’ isn’t quite a part of the rubric of a culture that deems ‘parenthood’ as a compulsory element of ‘adulthood.’ 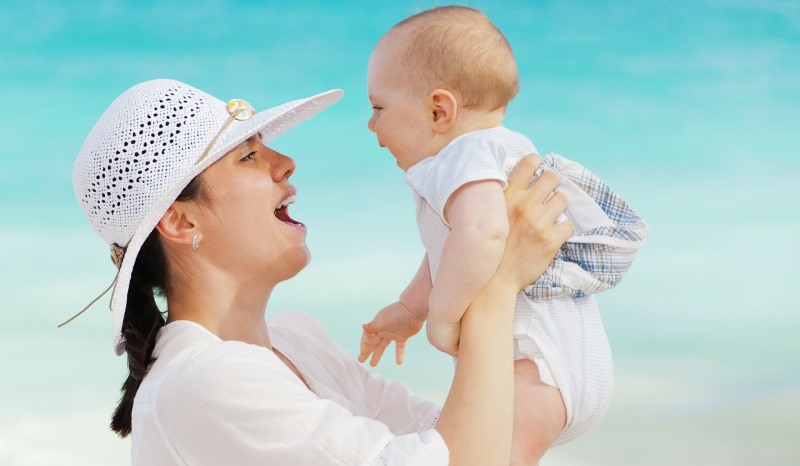 And what happens more often than not in this process of removing the volition component from ‘parenthood’ is that the rather romanticized version of parenthood gets morphed into a grotesque form! Compulsory parenthood often makes unwitting and unwilling individuals to be trapped in the muck-and-grime of activities that they never ever wanted in the first place. And this could engender feelings of anger and resentment that aren’t conducive to the nurture of a child’s nature. Of course, there are parents who do not subscribe to this version and bring up beautiful kids in a world that granted them ‘no choice’ in the matter. And it is precisely in this realm that my problem lies.

When there is absolutely no other reason advanced to have kids other than the fact that it is the age old ‘natural’ course of life, why does the now possible ‘choice’ in the matter and the reasons not to have kids to be outcast as a particularly abhorrent way of demeaning the life-affirming possibilities of childbirth and parenthood? What is wrong in a brave and conscious act of ‘choosing’ to be child-free by creating new norms and powerful models that are NEEDED by society?

The answer – NOTHING, nothing at all.

Why the choice of non-parenting needs to be accepted

There is a reason the ‘selfish’ narrative around women who choose to be child-free and advance completely justified reasons not to have kids needs to be ripped apart. The first and foremost reason for this is the inherent contradiction in the various apparatus that society uses to normalize and effect parenthood. Take for instance, a religious exhortation by Pope Francis earlier this year,

“A society with a greedy generation, that doesn’t want to surround itself with children, that considers them above all worrisome, a weight, a risk, is a depressed society. The choice not to have children is selfish. Life rejuvenates and acquires energy when it multiplies: It is enriched, not impoverished.”

Needless to highlight the irony of the lecture on the ‘sacredness’ of procreation by a man who is celibate by choice, it is also crucial to notice the label of ‘selfish’ that he attaches to the women who ‘choose’ to abstain from their primary duty of motherhood. In a telling anthology of 16 essays called Selfish, Shallow, and Self-Absorbed: Sixteen Writers On The Decision Not To Have Kids, edited and introduced by author/essayist/journalist Meghan Daum, this ‘selfish’ narrative is ripped apart and blown to pieces by several women writers who have made the ‘choice’ to not procreate. Dismantling the cultural perception rooted in the interpellation of individuals to believe that parenthood is a mandatory part of adulthood, the writers shed light on the stigma that remains stubbornly pervasive even today.

Enforced, perpetuated, and maintained by the several socio-cultural apparatuses, the mainstream model of parenthood continues to be normalized while non-parenthood is relegated to the ‘selfish, shallow, and self-indulgent’ sphere of “anti-religion, anti-family, [and] counter-cultural” values. And it is in this thorny territory of ‘shame’ for choosing one’s true self unapologetically and refusing to submit to the dictates of the society about what to do with one’s body and life that a woman’s path becomes bloody. In choosing not to have kids, she argues for a legitimate right but is refused acceptance and understanding.

Why the choice of non-parenthood is seen as radical

The society not only feels threatened by her radical and transformational choice of leading a life that does not integrate parenthood but deems it freewheeling and condemnable that they want to be ‘selfish, unfeminine or consciously unwilling to nurture.’ But my question is, why is this integration of a new narrative, injection of a new model, and patriation of a new norm so difficult to reconcile with?

Suggested read: 7 tips on how to make him desire you

For one, it isn’t a challenge to the mainstream model of parenthood or even a rebellious act to exhort women to opt for non-parenthood to be a part of a gender egalitarian world, equate the struggle of child-free people with those of feminists or other activists or assert that the discrimination they face is positioned on the spectrum of systematic racism, homophobia, sexism or other bigotries. It is merely a fundamental human right to have the right to exercise one’s volition, to be able to choose what they want or don’t. And in this case, the choice is not having kids. 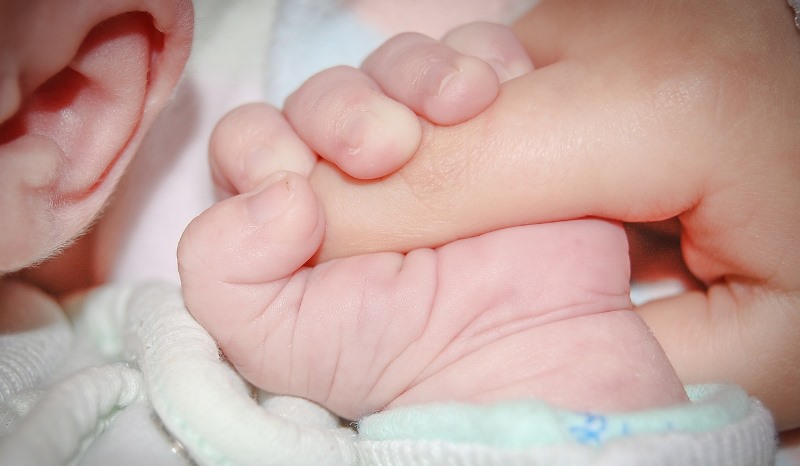 This isn’t too difficult to understand when the ‘choice’ is backed by legitimate and well-grounded reasons not to have kids:

Having said that, it is important to note that people who want kids are all similar, but people who don’t want kids don’t want them in their own unique way. As such, it is impossible to collate reasons for not having children but there isn’t any to refute their right to choice. Unlike travesties of ‘my choice’ that parade cyberspace these days, this is a choice that is as natural as any other. Given the set of socio-historic conditions it seems to challenge, it may seem radical and transformational – but it is merely an exercise in the human right to choice! 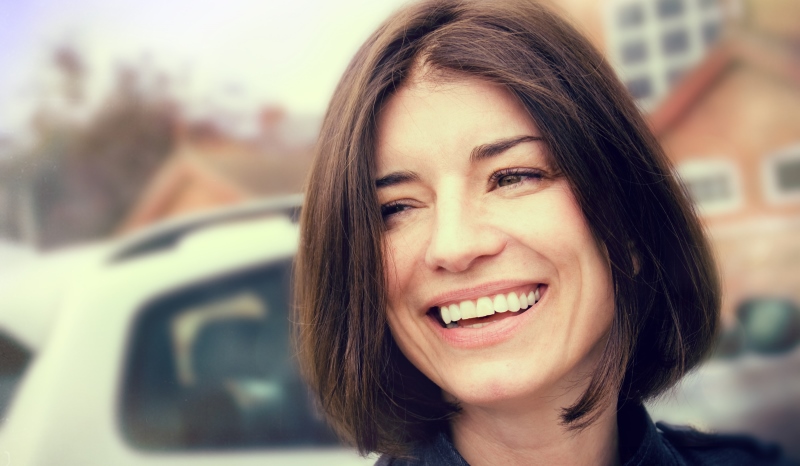 As for the choice per se, my big beef in the whole debate is with the way this ‘personal choice’ is dragged into the ‘public space’ for dissection. It is a personal choice for a woman to decide what she wants to do with her body as well as her life. You have no right to dissect her choice to have a ‘size 4 cellulite-free life’ full of vacations as selfish or the ‘onerous, difficult, and must admit, often-frustrating’ one as fulfilling either. And I am not taking sides. To each his own – I am only in support of the former’s right to choose a life out of the diaper-changing zone as well as the latter’s happiness in leading one that she deems as rewarding her with the bliss of parenthood.

And last, the women who have choose not to have kids do not do so because they take parenthood lightly – they do it because they take it seriously! They know that there is no valid ground to actualize such a life-affirming (not to forget life-altering) process only because it is ‘the way of the world.’ The novelty of parenthood lies in the altruism that propels the desire to conceive, birth, and raise a child. Without that voluntary desire to make the effort and be ready for the consequent investment, it is merely a decision to fit in – to flow with the tide!

Suggested read: 11 radical tips to save your failing marriage from divorce

And it is in your choice to swim against the current, your choice to step out of the mainstream model, your choice to courageously silence the wagging tongues that ‘shame’ you for not treading the path they deem is the only means of ‘validating’ your existence, and your choice to lead a life you truly want, by being you and unapologetically so – that I laud you! I doff my hat to you, ladies, for choosing to be who you are in THIS world that we live in!

The only question with which I will sign off is, does it have to be all that radical – when all you choose is a fundamental human right?!

Article Name
A Letter To Women Who Have Reasons Not To Have Kids
Author
Sejal Parikh
Description
A woman who has reasons not to have kids is considered bold and radical in our society. But does it have to be? Read on.