Finding A New Normal With The One You Love

Recently, there was this story on Facebook about a teenager who moved everything in his house 5 inches to the left when his parents were out of town for the weekend. When they returned, everything in their home was the same, yet something felt a little off, particularly since they kept bumping into things.

On the surface, this story seems like just a prank, but it brings across an important point – when you’re used to things or people being a certain way, even the smallest change can unsettle you, even if it’s not that obvious. And when the person who has ‘shifted’ is your significant other, you have to deal with finding a new normal with the one you love. 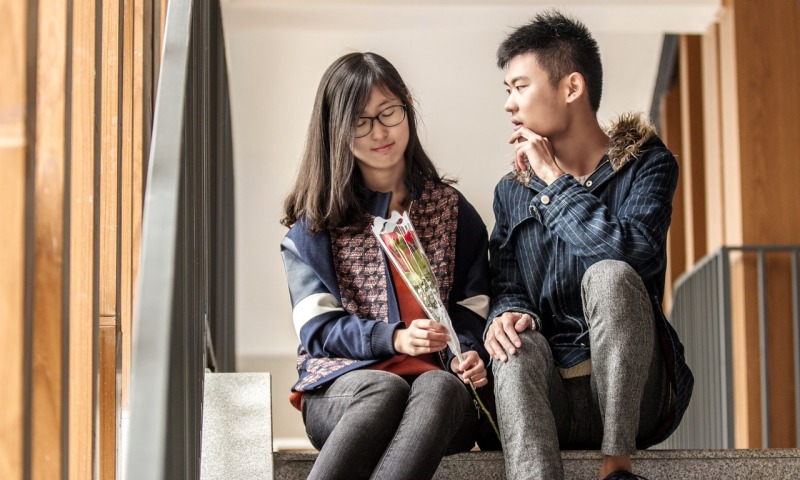 Like most girls, I had dreams of finding that perfect guy. Of course, no one’s perfect, but I knew that my guy would be perfect for me. And as life went on, I did find him, and I couldn’t be happier. We complemented each other very well and had a lot of fun together. Of course, we did have our fights, and the initial burst of passion did mellow down, but we eventually settled into a comfortable dynamic. We even went through some tough times together, but came out stronger on the other side. I believed I had truly found my prince.

Suggested read: How do you know if he/she is ‘the One’?

Unfortunately, no one has any stories about what happens after the prince and princess ride off into the sunset. After many years together, we were both in the longest relationships we’d ever had. But it wasn’t the same relationship I’d gotten into, at least from where I was looking at it. My partner didn’t seem like the man I had fallen in love with all those years ago. It wasn’t like I got up one morning to find a changed man lying next to me; it was a series of really subtle changes. Initially, I felt like the couple in the story, something just felt off but it was hard to put a finger on what exactly had changed. In retrospect, I think it was the cumulative effect of several little things.

1. He didn’t share the same interests anymore. There were some things we were both passionate about and which we loved doing together; he seemed to find them boring. He started making excuses and said he didn’t just ‘feel like it’.

2. He started getting messier. My guy was quite a neat freak, and when he started leaving clothes on the floor and shoes in the hallway, it was rather surprising. As I’m a bit of a cleanliness freak myself, these changes were annoying as well.

3. He started watching the news. It may sound odd, but he was never much of a ‘current affairs’ kind of guy, preferring sports or music channels. But of late, he was drawn into political discussions; even if they were of another country.

4. He began working out indoors. We’re both fond of exercising outdoors. I don’t mind the gym much, but my partner detests working out indoors; he’ll go for a run even if it’s raining. But lately, he joined the gym at his office and I couldn’t help but wonder about the change.

5. He began working towards a promotion. My partner is in sales, and it’s not something he liked. He used to talk about quitting and starting his own venture. But recently, he seemed uncharacteristically concerned about rising up the corporate ladder.

6. He cut down on sweets. Now, I could consider this as simply a move towards eating healthier, but the fact is that he was not even tempted by puddings and pastries anymore. It didn’t really take him much effort to say ‘No’ when offered a piece of chocolate or some ice cream.

7. He cancelled boys’ night outs. He used to have one night a week reserved for the ‘guys’. I was fine with it too; after all, I used that time to bond with my ‘girls’. But when I found him home on those days, I realized that he had stopped going out with them. I didn’t mind him being home with me, but it did feel a little strange. 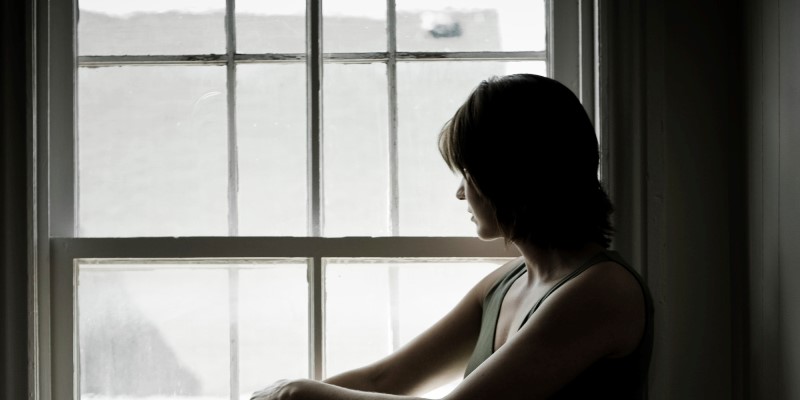 Suggested read: 20 little things to do that will guarantee a super strong relationship

Now, these might seem like really minor things, all of which can be perfectly explained. But to me, it was like those five inches to the left; I kept bumping into new sides of my man. Seeing the one you love change before your eyes is unnerving, to say the least. Needless to say, this brought on a whole range of emotions, ones that erupted every time I noticed something new about him. At first, it was surprise – is this really happening? This was soon followed by a sense of hurt – I wanted the one I loved back, where was he? Obviously, there was fear – was he going to leave me? This was accompanied by endless self doubt that women are famous for – did I bring this on? Is it my fault?

The worst was the feeling of uncertainty; after all, one of the perks of a long term relationship is stability, right? But here I was, feeling at sea, not being able to comprehend what was happening to my partner and my relationship. He was still the same in some ways; he still dropped everything to rush home when he heard I had slipped and couldn’t move my ankle. But there were so many other aspects that had changed that it couldn’t be ignored any longer – he was no longer the same man I had fell in love with and married. 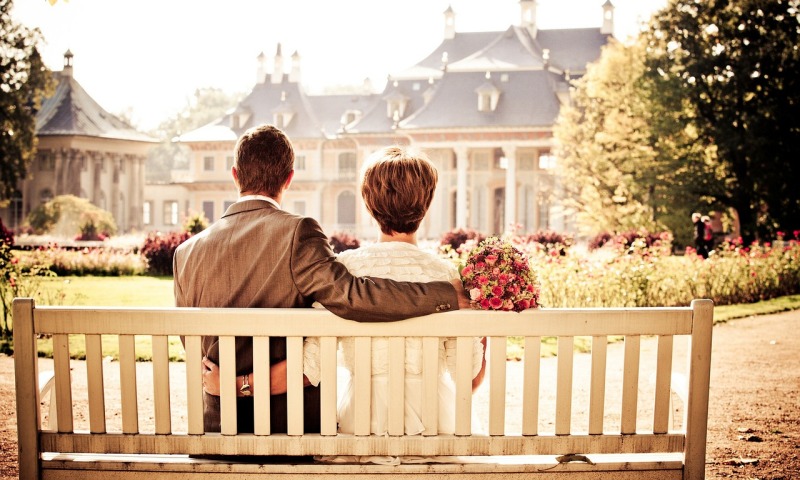 But when you come to think of it, change is a part of life. I tried to analyze my own evolution since the time we got together, and I realized that I may have also changed, albeit in a smaller way. With changing circumstances and life experiences, people change; it’s a fact of life. And it stands to reason that when a person changes, it affects the people about him too, especially those in significant relationships. The problem arises when one partner evolves faster or deeper than the other. And if these changes affect the very core of the person you fell in love with, it can be difficult to come to terms with the change.

However, the only way to stop feeling like a rudderless boat in the relationship is to find an anchor – a new normal with the one you love. It’s the only way to retain the essence of the relationship, and make sure it still gives the two of you what you want from it. Of course, this is easier said than done, and it can be hard to resist an attempt at turning your partner back into what he used to be. But every individual goes through their own cycle of growth, and when you’re in love, this needs to be respected and accepted. 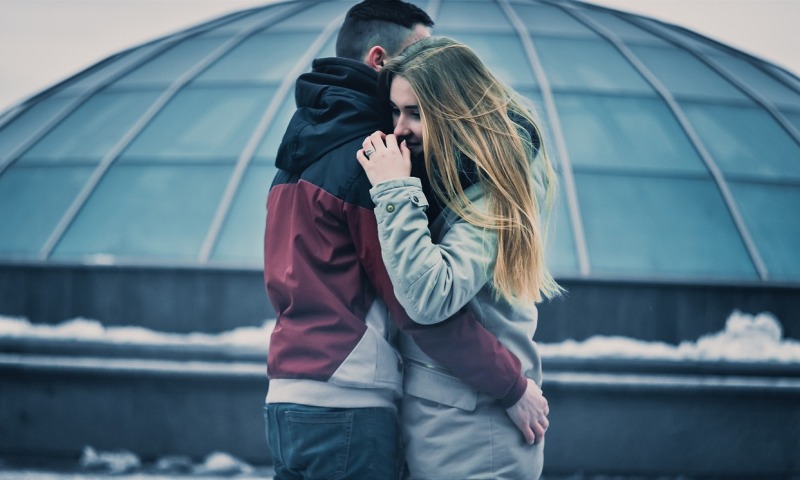 The first step towards this is to let go of expectations. Without realizing it, I had actually created a mold for my partner, and I couldn’t handle it when he outgrew it and wished to change its shape. Human beings are too complex to be slotted into circular or triangular holes, and accepting this fact can be quite liberating. A little introspection at this time is also helpful; I looked within myself and tried to understand why these seemingly small changes in my loved one had such a profound effect on me. There are probably some underlying fears or unresolved issues that crop up, and if there are, they need to be tackled first. Open, honest communication is required for this, both with each other and preferably with a third person too, who can help put things in a new perspective. I also found that there were several things about my partner that hadn’t changed and I learnt to be grateful for them and appreciate him for them. Being mindful of the moments when he fell back into his old ways reminded me of our good times together, and I felt much more reassured.

Through this process, I realized that the kind, caring man I fell in love with, was still there; and that, as long as we still loved each other, we would always be able to find our new normal, no matter what else changed. I understand that some of the changes in the man you love may be temporary, while others are here to stay. But changes are to be expected during the course of life; we change jobs and homes, we have kids and we retire. I’ll admit it isn’t exactly smooth sailing and neither is it a speedy process. At times, it can feel like a lonely journey, but at the end of the day, we are both committed to the relationship and we love each other. Before long, the new normal won’t be nearly as new. I also know that this can happen again in the future, but although I may temporarily feel lost, I know that I can always come back to the true foundation of our love, and that is all that really matters.

Kate Collins is a free spirited being, who thinks everyone should follow the philosophy if 'live and let live'. When she's not thinking too hard about the world and its secrets, she blogs a little and writes on love and relationships. She also loves green tea and chocolate, not necessarily in that order!