Beauty lies in the eye of the beholder. Meaning, beauty is relative. What one might deem beautiful might be downright ugly for another. So how do you “measure” beauty? Whose definition of beauty is acceptable? The magazines that put up airbrushed pictures of women, with mostly size-zero figures, shiny hair, and flawless fair skin? Or someone who is brave, confident and takes on the world a day at a time? Or a quiet mousey woman, who hasn’t accomplished anything noteworthy, except for raising her kids the right way – which is noteworthy in itself? Or a woman whose beauty – both inner and outer was snatched away by a monster for some perceived slight or overture?

Among all the acts of monstrosities that a woman has to shield herself from in our often misogynistic society, acid attack is one of the more ghastlier and heinous. It takes the misogyny of the perpetrator to a whole other level. Assaulting an innocent woman with acid thrown on her face, seeks to scar her not only on the outside, but to diminish and crush the very spirit of the woman. Any unfortunate woman who is an acid attack survivor – not victim, because she is still standing tall after all she’s been through – is to be lauded for her bravery.

In an attempt to do the same, a photo shoot by Rahul Saharan for Rupa Designs, takes on acid attack survivors as models. The designer herself, Rupa, in the white dress, is one of the models. This genuine attempt at redefining beauty in our fairness and figure-obsessed society is admirable and worthy of our respect. We just wish the society gets off its high horse and stops advertising for “fair-skinned, slim, beautiful, working woman, who knows how to balance work and family, for their handsome, US-educated sons,” and come to terms with the real, courageous and admirable young women in our society.

Hats off to all you ladies! 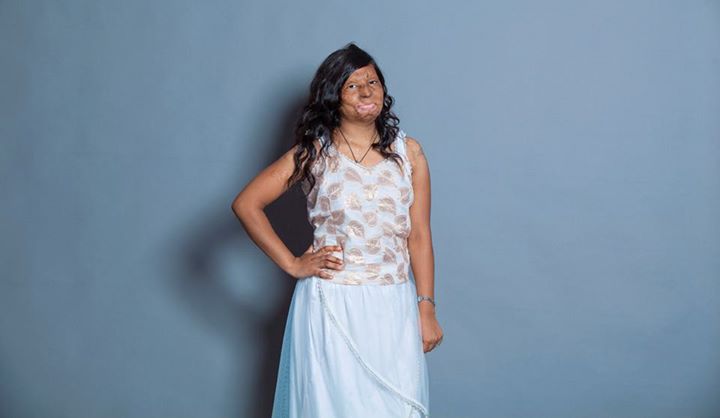 Rupa modeling one of her creations 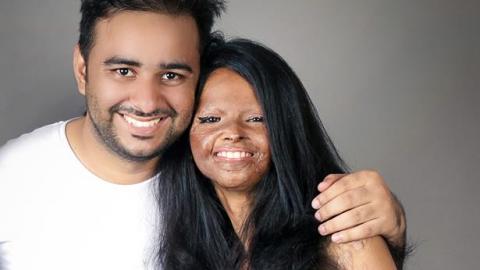 Rahul Saharan, the photographer, with one of the models 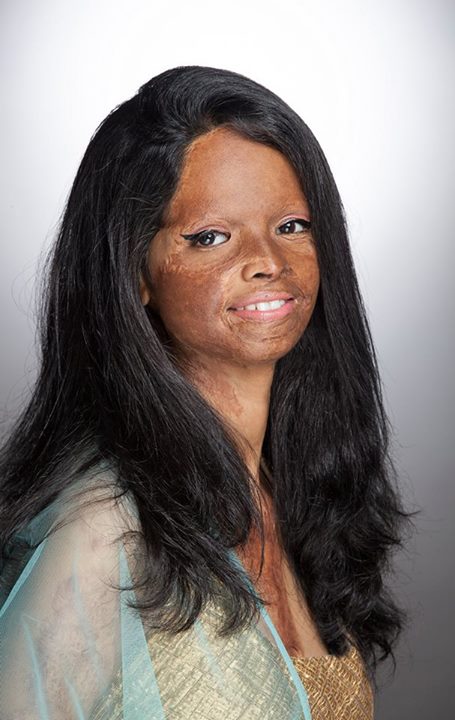 An acid attack survivor modelling one of Rupa’s creations 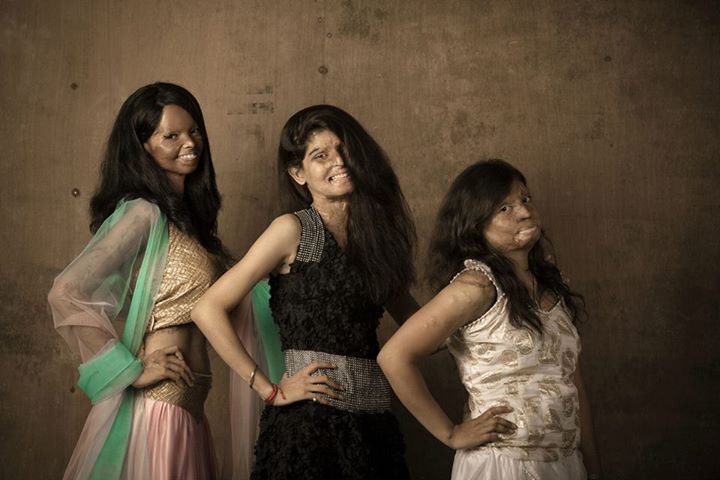 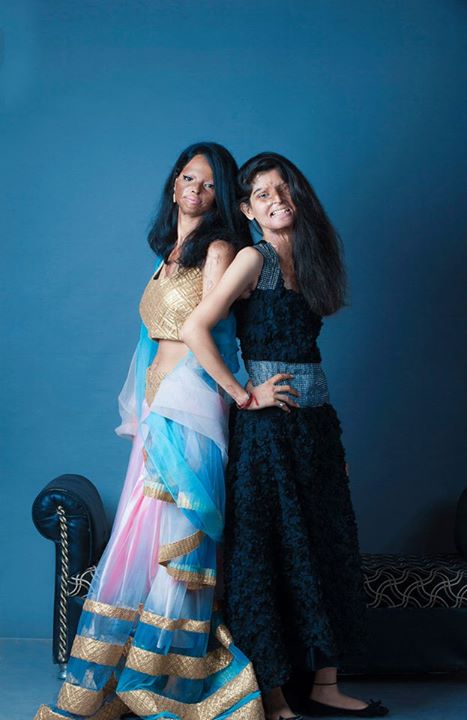 A black & white shot of the two acid attack survivors