Born A Crime: A Compelling Memoir That Will Teach You A Thing Or Two About Life

“I don’t regret anything I’ve ever done in life, any choice that I’ve ever made. But I’m consumed with regret for the things I didn’t do, the choices I didn’t make, the things I didn’t say. We spend so much time being of failure, afraid of rejection. But regret is the thing we should fear most. Failure is an answer. Rejection is an answer. Regret is an eternal question you will never have the answer to. ‘What if…’ ‘If only…’ ‘I wonder what would have…’ You will never, never know and it will haunt you for the rest of your days.” 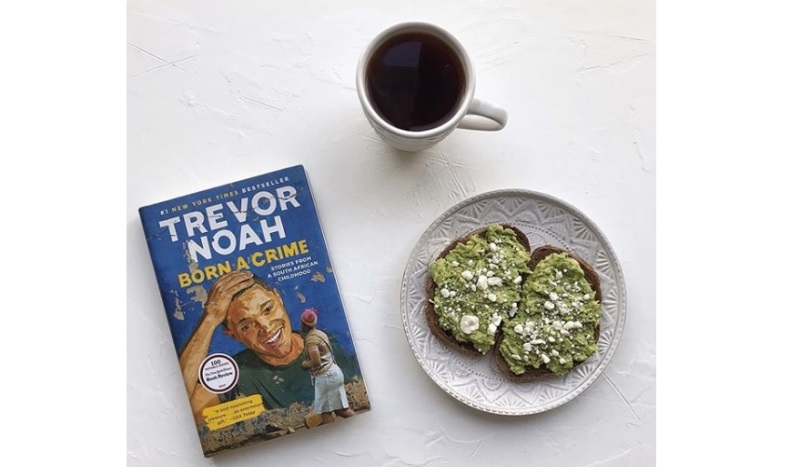 Trevor Noah’s memoir “Born A Crime” is a powerful and compelling story that will teach you a thing or two about life. It’s funny, obviously; and has that trademark Trevor Noah sense of humor that will make you grin and chuckle at the most tense of situations. But, the book is also so much more than just a series of hilarious anecdotes with clever punchlines. It’s an insight into the life experiences that shaped one of the world’s most popular and beloved comedians; it is a reflection on how these experiences shaped him, his views and politics about the world. More importantly, though, it is a story of resilience in the face of some of the worst situations anyone can face; a story of sweet victories, but also one that has its fair share of losses. It is a story about family and love and childhood and friendships and teenage awkwardness and the blossoming of a naughty, young boy into a mature human being.

Like all memoirs, Trevor Noah Born A Crime chronicles the comedian’s life and struggles before he made it big as a global icon. The memoir, which is soon to be adapted into a motion picture starring Lupita Nyongo as Trevor’s mother, is a coming of age in many ways. It’s a story of growing up, interspersed with anecdotes from the comedian’s life that will make you laugh and cry in equal measure. It’s even more interesting because it’s set against the backdrop of the apartheid era and its aftermath in South Africa- what is undoubtedly one of the darkest events of our history, something that the country is still recovering from even today.

Apartheid is an Afrikaans term which literally means “apartness”. It was a policy of institutionalised racial segregation that was the main ideological tenet of the National Party in South Africa. The regime of apartheid existed for nearly half a century, from 1948 (when the National Party came to power) till 1991. Despite drawing severe condemnation from the international community, apartheid continued unchallenged for long enough to cause irreparable damage to South Africa and her people. Prior to the apartheid, there did exist racial segregation in South Africa but it was in 1949 that the very first apartheid related law was passed- the Prohibition of Mixed Marriages Act. Then came the Immorality Amendment Act of 1950, which basically made it illegal for all South Africans to pursue any sexual or marital relationships along racial lines. Once the races had been completed confined to marrying and having sexual relationships among themselves only, it was time for them to order mass displacements of the blacks wherein each race was designated its Bantustan or homeland, a sort of township system that resembles the modern ghettos. The apartheid government also took great efforts to separate the functioning of the entire country according to four racial categories- the whites, the blacks, the coloreds, and the Indians. All nonwhite citizens had to have passes to gain entry in white neighborhoods for work related purposes.

In the face of such severe restrictions based on a political structure of white supremacy, Trevor and his family were rebels in the truest sense of the term. His mother, Patricia, is a force to be reckoned with- she had her way no matter what. Even if it meant going against every rule imposed on her by her country. In the strict regime of the apartheid, Patricia had a colored son with a white man, brought him up as a single mother, all the while hiding him from the authorities, maintained a steady job, brought up her children as rational, compassionate individuals and lived her life on her own terms.

If I’m being honest, Trevor’s mom is the hero of the book. She refuses to be boxed into the roles the apartheid government and her orthodox family wishes to bind her into. At a very early age, Patricia decides that she doesn’t want to be like the rest of her people- she leaves her home in the township and sets out into the city to seek independence. Being the middle child, she is first sent by her mother to work in an aunt’s farm where the tedious work hours and the tough living conditions completely robbed her of a childhood. However, that didn’t stop her from becoming a financially independent woman living in the city at the peak of apartheid in South Africa. Blacks, coloureds and Indians were required to have passes to even be out in the city streets. She even managed to get herself an apartment in the white neighborhood with the help of black prostitutes living in the locality. At a time when internal strife among the blacks was also extremely charged, Patricia knew how to get her way around. As a rational being, she always rejected everything the apartheid stood for and found loopholes in the system that served her purpose.

Suggested read: Here Are The Best Books Of 2018 That We Are Looking Forward To Reading 2018

Trevor’s mother ensured that his childhood was nothing like hers. Like he mentions in one of the chapters, his very existence was a criminal offence. Trevor Noah Born A Crime captures how Trevor’s existence itself was an act of resistance. He learned from very early on that books are his truest companions. As a mixed kid, he could not gel properly with any of the different races. Even the kids from their colored neighborhood saw him as their enemy because he had a white father- and thereby, a greater chance at gaining the privileges that every colored person in South Africa vied for. Trevor’s childhood and his friendships depict how deep rooted the problems of racism were in the South African society. Most of his friends, though, were kids from the poorer black families- despite growing up in hardships they were the ones who embraced this misfit.

A good section of the book is dedicated to Trevor’s tryst with dating and school romances. It’s equal parts cringey (for those of us who have already lived through it), funny and heartwarming. He writes how he knew from very early on that he was the “funny guy”; the rule was that the funny guy got to hang out with the girlfriends of the cool guys, but he was never good enough to date them. Or so he thought. Trevor describes himself as being a nobody in his high school days- that way, he got to network with all the different cliques without ever having to be a part of them. Through the jokes and the embarrassing childhood stories, Born A Crime will teach you the importance of living a life that’s free from regret. Take every chance you get, do everything that you think will make you happy, never give up on things because you’re afraid you’ll fail.

The book also sheds light on how Trevor’s humor has always been a coping mechanism for him, more than anything else, to deal with all the hardships he faced. Joking about even the harshest of situations made them seem less intimidating and easier to deal with. One of the first anecdotes in the book is about how Trevor’s mother had to throw herself and her two children out of a moving bus to escape death by the hands of some men from an enemy tribe. Instead of letting it emotionally scar him, Trevor narrates the incident in a way you’d imagine a stand up comedian to narrate their stories that end up in some hilarious punchline. This trait of his also explains why Trevor is often in bad light for his “inappropriate remarks” about sensitive issues. Recently, a host of people online expressed their contempt and disappointment towards Trevor for an ill timed joke about the escalation of tensions between India and Pakistan. It was actually a really clever joke but a lot of people found it insensitive. What they don’t understand is that sometimes joking about things is less about making fun of them or trivialising them, and has more to do with releasing tension and anguish.  A lot of our problems would become easier to deal with if we just knew how to laugh at them.

Trevor Noah’s memoir is an easy read, it never tries to be preachy, neither does it claim to impart great wisdom and knowledge about life. It’s simply a story of one man, trying to make sense of what’s going on around him, and in the process, teaching us the values of empathy and goodness. It’s a story of self pitying, but one that tries to uplift everyone along with itself. Read this book to understand how history is always about more than one perspective, and how the only way forward for humanity is through kindness and compassion.

Article Name
Trevor Noah's Born A Crime: A Compelling Memoir That Will Teach You A Thing Or Two About Life
Author
Sanjukta Bose
Description
Trevor Noah's memoir, Born A Crime, is an insight into the life experiences that shaped one of the world's most popular and beloved comedians.