Internalized Sexism: Everything You Need To Know About It

In 2019, the world is a lot less tolerant of misogyny and sexism, and for that I am thankful. In most parts of the world, more and more people are realizing the toxicity of the society we live in and are standing up to it. Women’s voices are louder, stronger and so much more fiercer. Our patience and tolerance levels have reached their breaking points, we’re angry and we’re not afraid to show it. A woman’s place is no longer in the kitchen; she is no longer the delicate damsel in distress who must be saved and protected; she is no longer an object for you to exploit and derive sadistic pleasure out of, she never was; and she is definitely not the meek, silent creature who would willingly weather every storm hurled at her just to serve your interests. The feminist movement has indeed come a long way, and yet there is still so much ground left to cover.

In the patriarchal system, both women and men are co-opted into their own oppression. This kind of co-opting begins in early childhood. Once an individual is indoctrinated into the patriarchal scheme of things, it is difficult to come out of it. Moreover, they then begin to act as agents of the system, and through procreation, perpetuate it as well. This is why the society we live in constantly tries to dominate and control the bodies of women- from what they wear to how many children they should bear. The woman’s body is both the site of oppression and also the medium through which patriarchy is perpetuated. Despite all the progress, women across the world are still fighting for the most basic right a human being should be accorded- the right to govern one’s own body.

Thus, a woman exercising her agency over her body is the greatest act of revolution and rebellion that she perform. This explains why society is so quick to vilify and denigrate such women- because they’re afraid of what she’s capable of. It also explains why, even in the 21st century, a chaste, meek, “feminine” woman is still the ideal prototype of what womanhood ought to be like.

Sexism and misogyny are the most powerful tools that the patriarchy has created for itself. Like I’ve said earlier, both men and women are guilty of sexism. Young boys are always given more leeway than girls, they grow up thinking that they’re entitled to that privilege because no one ever tells them otherwise. Mothers laud their sons when they clean their own rooms or help around the house- they are mama’s perfect boys. Daughters, beyond a certain age, are expected to help out in the kitchen and do the chores; it isn’t viewed as something that requires acknowledgement or appreciation. In fact, the ones who don’t bother are viewed as “useless and unladylike”. My father and my maternal grandmother have often taunted my mother for not teaching me ways of the kitchen and good housekeeping. “She will suffer when she goes to her in laws after marriage”, they tell her while looking at me with pity, and an odd sense of pleasure at the possibility of my suffering.

The greatest achievement of the patriarchy is its ability to convince women to partake in their own oppression. We have been socially conditioned to perform our gender in a way that contributes to our own subjugation. Our internalized sexism tells us that a “good” woman does not freely express her sexuality, only fallen women do. Women barely hesitate before slut shaming one another. Women who come out with testimonies regarding the sexual harassment they have faced are ridiculed, shamed and shunned away by other women who straight up refuse to believe their narratives.

During my teenage years, I despised makeup and girls who spent time and money on it, because I wasn’t like other girls, you see. In school, I never spoke to the girls who had boyfriends or attended parties because we were told that they’re not good influence. Social institutions like schools and families teach us from very early on about what is acceptable and what is not for a good woman. This kind of brainwashing made it easier for us schoolgirls to police each other and put each other down. If you think about it, it’s scarily similar to how the British colonial government used the policy of divide and rule to get their way around our country.

It wasn’t until I was almost done with school that I realized how wrong my way of thinking was, how generations of women were being taught to hate their bodies; feel insecure about being too feminine or not feminine enough; define their self worth in terms of the presence or absence of a man in their lives; repress their sexual needs and feel shame for even having any; and to do all of these to other women as well. Internalized misogyny and sexism works because no one taught us to question these predetermined notions of masculinity and femininity that constantly govern all of our social interactions.

Suggested read: Regressive, Sexist Ads Banned In The UK; When Will The Indian Media Learn?

People who internalize their sexism are a greater threat than the ones who openly spew hate and misogyny. The latter is easier to identify and hence can be dealt with. A man might seem the most politically correct and aware person on the surface, he might tell you how deeply moved he is by the feminist cause. But, he insists that you always let him get the check when you’re out together. He thinks there’s just something about women that makes them unfit for managerial and leadership positions in the workplace. He thinks the #MeToo movement has caused irreparable damage to the careers and reputations of so many successful men by women who “only want attention”. He thinks it’s great that you’re so focused on your career but he’d like to settle down with a woman who’s more in touch with her maternal instincts. As women, we are taught to ignore our gut feelings. “He’s such a great guy, you need to stop acting so crazy!” Every woman has been told this (sometimes even by other women) whenever she tries to point out these unnoticed acts of outright misogyny.

Internalized sexism towards men is manifested in the way toxic masculinity is propagated. Men who don’t fit into this ideal image of masculinity are targeted by their peers, family members; viewed as unworthy of their manhood; shamed, oppressed and silenced. Mothers tell their sons how they should not cry like their sisters when something upsets them. Fathers tell them how they must learn how to “man up”, take charge of the house, and control their women. Male friendships too reinforce and affirm this toxicity, insecurity, emotional unavailability, lack of sensitivity and empathy that encourage gender violence. Even something as trivial as a person’s choice of clothing is determined by these factors. I know of men who wouldn’t publicly order strawberry milkshakes because it isn’t manly enough. Patriarchy’s greatest failures are men who are comfortable expressing their emotions, who can freely admit their vulnerability, who do not need to dominate or wage violence against women to consolidate their own sense of selves.

While it is easy to fight against and rectify gross inequalities in gender issues, the same cannot be said for internalized sexism. Something that is so deeply ingrained in us can be uprooted only when we are able to address it’s very core- every offhand comment, every sexist joke and WhatsApp forward, every instance of a woman being mansplained, every time a man has repressed his emotions because that’s the only way he knows, every time a mother tells her daughter to not stay out late, every time a boy is excused for misbehaving with a girl, every time someone is oppressed or given privilege solely for their gender. Yes, it is tiring to fight every moment of every day, but I’m afraid that’s the only way left. Until we truly believe that men and women are equal, in every sense of the term, we will be unable to let go of these biases that govern our perceptions of and interactions with each other.

It wasn’t until I really understood feminism that I realized why it is so important. All the different phases of the movement, the everyday battles, the academic theories and jargon, the countless debates, the demands for better policies and rights, all of it boiled down to one single word: choice. The ability to choose who you want be, how you want to dress, who you want to marry, when you want to have sex and how many times you want to do it are just some among the many choices that have been denied to us for centuries. And all feminism has been trying to do is give us that ability to choose for ourselves, to create our own destinies. To completely wipe out sexism in all its forms, this is a realization that we must all have. We must break down every expectation, every responsibility, every character trait that is a part of us because it’s what society has told us. 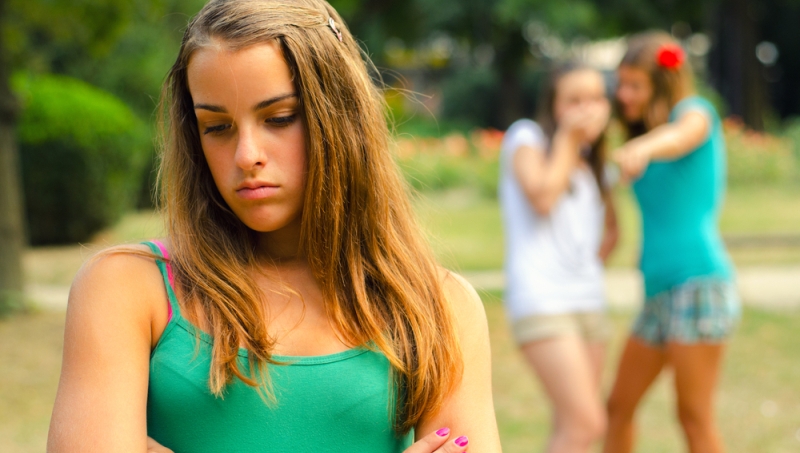 Article Name
Internalized Sexism: Everything You Need To Know About It
Author
Sanjukta Bose
Description
People who have internalized sexism are a greater threat than the ones who openly spew hate and misogyny. Learn about this in greater detail in the article.