We live in a social order that thrives on consumerism. Everything we view, hear, eat, or read is tailormade to be bought by the consumer, that is, us. Studies dating back to the 1920s reveal how cunning advertisement strategies sold lung cancer in the name of female empowerment. “The starting point of femvertising is closely linked to first-wave feminism, thus the first widely known instance is the 1929 Torches of Freedom march staged by Edward Bernays. To promote smoking among women, he hired 10 women to publicly light cigarettes at the Easter Sunday Parade. Bernays, who was paid to promote the products of the American Tobacco Company, was astute enough to realize that women were an untapped consumer base.” In 1968, Philip Morris marketed Virginia Slims cigarettes to women, under the tagline: “You’ve come a long way, baby”, which later gave way to “It’s a woman thing” in the 1990s. What started as an initiative to secure sales for tobacco companies, has played a key role in understanding how advertisements brainwash its viewers by molding their product to suit a popular ideal.

Suggested read: Here Are The Women We Should Be Celebrating This International Women’s Day

Femvertisement is defined by SheKnows Media, which awards one winner in the category annually, as “advertisement that employs pro-female talent, messages and imagery to empower women and girls.” As the name clearly hints, this sort of marketing is based on ‘Feminism in Advertising’. It is not to be confused with ‘Feminist Advertising’. The former uses the political movement and ideology of Feminism to market its products, while the latter furthers its ideological motive through the same. In a utopic scenario, this line of advertising would simultaneously empower women, while making profit through the sale of its products. However, in reality, the message of hope is often only a ruse. While it might seem intersectional, and welcoming, these surface level feminist adverts have promoted serious segregation.

Slim cigarettes promote tobacco as a fashion statement. Do women need thinner cigarettes for their tiny lady fingers? Do they need lighter mixes, so as to keep their head steady? The product packaging, and marketing sets a distinct tone of separatism. While Feminism has laboured to unite the sexes, through decades, sexist ads mislabeled as Feminist promote the very opposite of what the movement seeks to achieve.

In the case of BIC, the consumers, primarily women, recognized the sheer hypocrisy and outraged over the stereotypically sexist notions being perpetuated by its products. In 2012, BIC produced a series of pink and purple bodied pens, on the occasion of International Women’s Day. The line, titled ‘for Her’, was promoted as “designed to fit comfortably in a woman’s hand”. A barrage of comments on the Amazon link for the product, have lent sarcastic delight to anybody who has read them. A certain ecstatic customer, with the username ‘bookfiend’ wrote, “I could barely write my name without having to sit down afterwards- it’s nine letters long and thus really takes it out of me when writing with a normal pen designed for men.” ‘Kitchenwench’ writes, ““They’re too thin to make a good rolling pin. I can’t ladle out my soups with them. And the tiny point doesn’t even make a dent when I try to use one to chop veggies! I don’t get it. If I can’t use it in the kitchen, what the hell am I supposed to do with one???”

In their 2014 campaign, Pantene launched #ShineStrong with a short film ‘Sorry, Not Sorry’. The narrative shines important light on how women feel the need to apologize for just about everything, even though they may not be at fault. It is a classic aid to the Feminist concern of how women are guilty for just taking up space that could have been filled with man. However, in her article, ‘Femvertising: how brands are selling #empowerment to women’, Nosheen Iqbal writes, “… let’s not forget, at heart (it) is still an advert about selling swishy, shiny hair…No more apologies for existing, ladies (or for having limp, dank locks). If the commercialization of the movement has taught us anything, it’s that you can challenge gender norms, battle inequality … and buy more shampoo.” In a Huffpost discussion titled, ‘Femvertising’ Ads Are Empowering Women — And Making Money For Brands, Nina Bahadur writes ‘“Fineman uses the example of Pantene’s ‘Labels Against Women’ ad. “It’s unclear to me how having shinier hair is supposed to combat the negative stereotypes raised by the ad,” she writes.

Suggested read: The Reality Of The Mad Woman Trope: Women As Monsters

A popular name in this practice is that of Dove. The Dove Real Beauty campaign is something of a legend. From hiring plus-sized models, to marketing lotion bottles of different shapes (resembling the curves of women across all sizes), Dove dove headfirst into the clout pool for Feminist points. “Dove’s Real Beauty bottles might have been to support women’s confidence — or simply to make money — but what they actually did was to force women to seek their body image and self-confidence from a plastic bottle. Suddenly, buying a shower gel bottle became as stressful as buying clothing that “suits” one’s body.”, writes Shagun Gupta in his article for Feminism In India.Their parent company, Unilever, owns Fair and Lovely, a brand that cashes in on the insecurity of our skin tone, and pushes women to achieve European standards of beauty through skin-whitening. How can the same company further colonial aggression, while teaching the colonialized to love themselves as they are?

Oriflame, in its advert for Women’s Day in 2017, launched an ad applauding the multitasker in every woman. It showed a lady doing a plethora of household chores, and being honored by the title of a ‘Superwoman’. Applauding women for adhering to toxic gender roles and relationship dynamics is not only disappointing but rather danger, given the impressionable audience. In 2016, Biba released its campaign ‘Change is Beautiful’ and following that, an ad called ‘Change the Conversation’. The 1.38 minute ad flipped the question of dowry instead of eradicating it. The ‘change’ in question is the dowry being replaced with bride price, but not the abolition of treating the daughter like a commodity.

In a research paper titled ‘Pitching the Feminist Voice: A Critique of Contemporary Consumer Feminism’, Kate Hoad-Reddick writes, “My own socialist feminist understanding tells me that feminism and capitalism are fundamentally at odds; and yet femvertisement reveals feminism and capitalism as strange bedfellows. Femvertising’s meteoric rise has made me wonder why capitalism is eager to draw attention to a social movement that has, historically, challenged its omnipresence. At the same time, I question feminism’s willingness to participate in capitalism when its patriarchal nature is the cause of widespread gendered and class oppression.”

So, why are we leaning into a toxic trend? Why do we allow this influence to prevail, despite knowing its inauthentic roots? Part of the answer lies in Brand Equity’s article titled, “If she’s crying, she’s buying: Are brands manipulating female consumers?” Emotional manipulation is hard to resist, and much harder to tell sincerity apart from mere marketing gimmick. When a dialogue or sequence in the ad resonates with your real life situation, it creates a bond of similarity that fosters loyalty towards the product being sold. “’It’s pure boardroom nitpicking. Consumers are happily buying into it. It’s an overkill for us agencies, perhaps,’ says Pallav iChakravarti, senior creative director at Taproot India. Soon we’ll see motor oil ads sold with a #LikeAGirl hashtag, says Adland TV’s Dabitch.”

Suggested read: Everything You Need To Know About The International Women’s Day 2019 Theme

However, not all femvertising misses the mark. A good way to spot a good Feminist brand, is to observe if they are actively contributing to the cause of gender equality rather than just marketing their products under the garb of spreading awareness. Viva N Diva, a Surat-based textile manufacturer, hired the survivor of an acid attack, Lakshmi. Initially, they wanted to fund corporations helping these survivors, but later realized that hiring them would send out a much more important message. “People in Surat have a thing for following trends. So, we thought of making a trend out of employing these survivors. We’re quite hopeful that people in and outside the city will take note of these ads and hire more such people. It will give them an opportunity to step out of their homes, make them confident about leading their lives,” says Manan Shah, managing director of Viva N Diva.

Feminism is selling like hot cakes, and it will take more than borderline usage of popular jargon to seem authentic. On this International Women’s Day, be careful what you invest in. Jameela Jamil, the legendary star of The Good Place, is also an activist who fights against brands which sell products attacking female self-esteem and body positivity. Her initiative @i_weigh is a source of both enlightenment and courage. While brands all over the world try feeding you toxic narratives, consciously refute their claims. This is my body, and I am proud of it, with or without your products. Period. 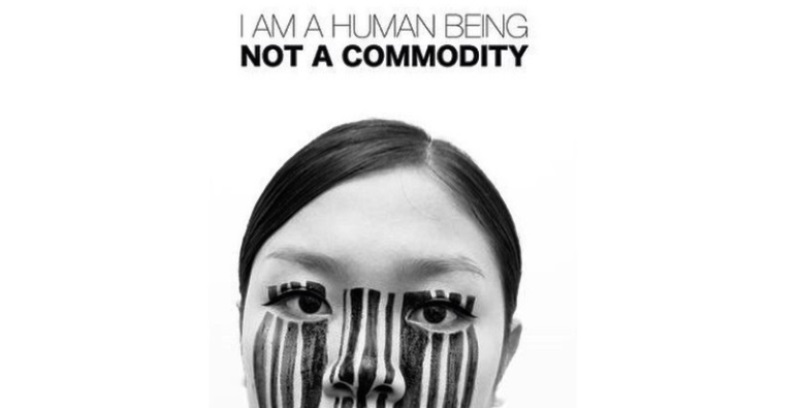 Article Name
Femvertising Done Wrong: How Sexist Brands Cash In On International Women’s Day
Author
Meghalee Mitra
Description
Femvertising is defined by SheKnows Media, which awards one winner in the category annually, as “advertising that employs pro-female talent, messages and imagery to empower women and girls.”