In a country which is rife with heinous acts of barbarity against women, an acid attack isn’t really a new tale. A routine week in India sees about three of these acid attacks on an average. A misplaced, vicious intention and a bottle purchased at a meager twenty bucks or so is all it takes to burn someone’s dreams, ambitions, hopes, and life forever. What follows is a harrowing tale of recovery, many of which never ever occur because the victim succumbs to the physical and psychological disfiguration much before she can transition, albeit painfully (that it remains unimaginably painful and inaccessible for us to feel), into a survivor. 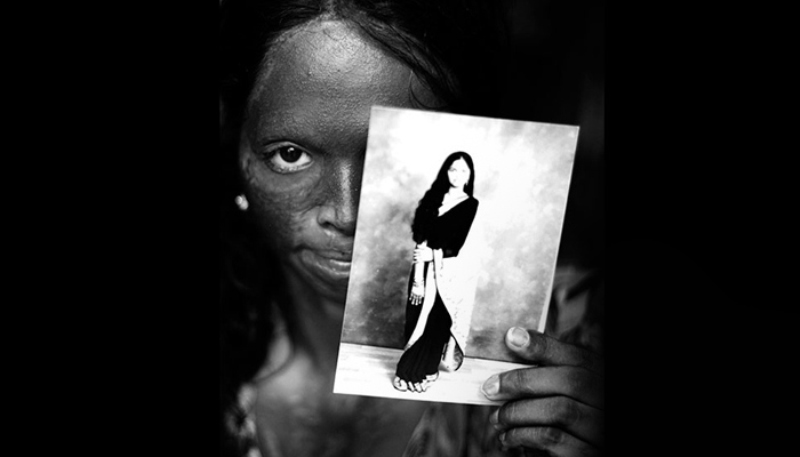 Laxmi – face of the campaign

However, despite such acts of uncouth violence and a highly misguided mechanism of exerting power and control abounding in the misogynistic streets of the country, there is no dearth of acid attack survivors who continue to surprise us with their grit, determination, resilience, and courage to take this brutal blow in their stride with a valiant smile and brave every new day and the challenges it brings in. We salute the spirit of these women who continue to fight for justice in a society that seems to get away far too easily with a monstrosity that is committed for no more than a ‘perceived’ slight or overture! Not only do we find the life-spirit of these beautiful women laudable, but we have always been all praises for those who have joined in on their smiles (like the photographer Rahul Saharan who did a photo shoot with acid attack survivors to redefine beauty), to strengthen their resolve to not only demand justice and win it but also help them fight and vanquish the twisted ethico-moral compass of the Indian society that is conditioned to blame the victim.

In the light of such facts, we were happy to stumble upon the Donate A Face campaign – an innovative social media campaign launched by Stop Acid Attack, an organization working for acid attack survivors, in association with Creative Agency Cheil India that exhorts citizens to upload faceless selfies to raise funds for the acid attack survivors. The campaign aims to raise funds for the expensive facial reconstruction procedures needed to gift these valiant women a face that they can wear to combat the social forces that have annihilated their very identity and existence by destroying it. On an average, an acid attack survivor has to go through multiple rounds of plastic surgery (usually  5 – 6 but in some cases, it could go up to 9 – 12) for facial reconstruction. The government provides only Rs 3 lakh as compensation – an amount not enough to fund these expensive procedures. As such, the Donate A Face campaign launched on April 10th and continuing for about two months, aims to create awareness about the same and raise funds for acid attack survivors.

“We wanted to start a campaign which was easy for everyone to associate with. We see everyone uploading selfies today; so an act as easy as giving up your face could help generate understanding on this issue. Our main aim is to leverage the power of social media to create a conducive environment; a space within civil society to drive attention towards these survivors,” says Ashish Shukla, campaigner, Stop Acid Attack.

“We are sure people will come forward to donate. You can donate any amount you wish to. But first and foremost, we want people to get associated with this movement and spread the word,” says Ashish.

Nima DT Namchu, Chief Creative Officer of Cheil Southwest Asia HQ feels that “the campaign will put the spotlight on the problems faced by the survivors –  the expensive medical procedures, the lack of judicial support or any specific laws for perpetrators; and the fact that the compensation given by the government is simply not enough.”

To evince your support for the campaign and join in, all you need to do is write donateaface.org on a white paper, hold it in front of your face, click a selfie, and upload it as your profile picture on Facebook or Twitter with #donateaface hashtag and tag as many friends as possible; then visit the site and contribute whatever you can and ask others to do the same.

“It is based on the insight of how much people love to take selfies; and turns it into an engagement idea to raise funds for hundreds of survivors. It is an activity that involves giving up on one’s face on social media, going to the site and contributing to the cause,” Namchu adds.

As simple as that! 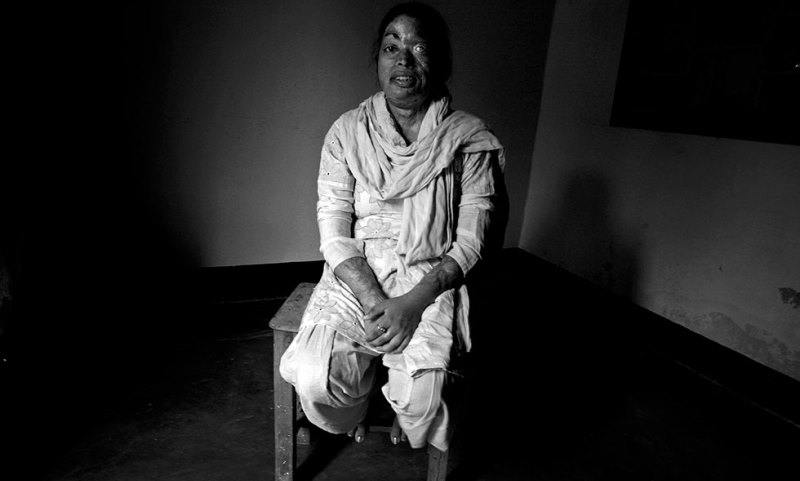 One of the acid attack survivors

Finally, a REAL cause to celebrate the selfie-fever we are all afflicted by!

So, we at NLT exhort one and all to upload their faceless selfie to gift someone their face back, so that you may earn more than likes when they too go ‘click’ for a selfie they want to upload! Blessings are infinitely more better than likes, folks! So, please … you already know what to do – we told you – Donate A Face!

Article Name
Your 'Faceless Selfie' To Donate A Face Helps Acid Attack Survivors
Author
Sejal Parikh
Description
Donate A Face aims to spin around the selfie fever by urging netizens to upload a faceless selfie so that acid attack survivors can get their face for life!