Are Men Prepared To Handle Women Who Sleep Around?

Here’s an information that can shock you: Women have sex drives similar to men. This seems crazy, right? I mean, after all that we have heard about women saying “no, not tonight!” whenever their husbands suggest sex?! Well, mainstream media likes to play it that way. But women are as libidinous as men are! Women also want casual sex as much as their male counterparts. But since prying eyes are constantly judging a woman for embracing her sexuality (among other things!), she doesn’t feel safe enough to talk about it openly.

Terri D. Coley, a psychologist at Michigan University, recently confirmed in a study that women are equally leaning toward casual sex as guys. What keeps them from having the same amount of (or more) sex as men is not the lack of desire, but the stigma associated with it. There is a double standard when it comes to sex, which none of us are unaware of!

Women who sleep around and then don’t contact, find themselves being addressed with derogatory phrases like slut, whore, etc., On the other hand, women who do call up after a night, are obsessive and clingy. Isn’t this insane?! This means that, in other words, all a woman can do is to choose the way she would like to be insulted! That’s all!

You must have heard of the phrase, “having sex like a man”. It is usually understood as, “having sex without any strings attached.” There are no emotions to it; no feelings involved. The sex then becomes a collision of two bodies, who after the act, go their separate ways. Now, men outline this idea of having sex as “the dream”. When we asked a few guys what was so great about casual sex, they said:

“Yes, having a strong connection with a person is great. But sometimes, all we want is some fun. And that is what casual sex gives us.” – Ashley, 23 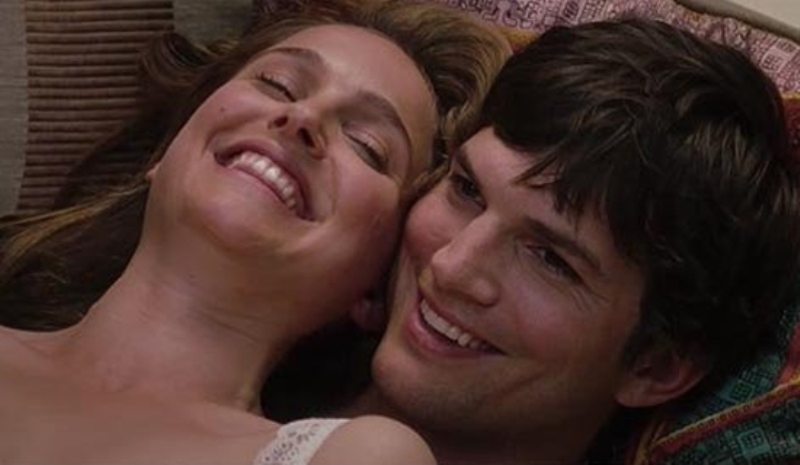 “I think one of the best things about having sex without any strings attached is that you don’t need to promise anything to this other person, you know? I mean, not just your time… you need not promise anything, for that matter!” – Josh, 18

4. You get to learn a lot about your sexuality

“Yeah, I learnt a ton about my sexual preferences, and who I was, sexually. Also, it’s a win-win situation, since the other person is benefited equally. Plus, when you are in a relationship, you know exactly what you want! So, it’s more like a practice session. (Laughs) ” – Jimmy, 24

Okay, so if men feel this way, and they need a woman (if they are straight) who thinks the same way about casual sex, to actually do it consensually, how can they judge the woman after the act!

Popular culture glorifies men who advocate casual sex. Say, Barney Stinson, or Don Draper or Joey Tribbiani or even James Bond, for that matter! A theme that we see frequently in these men’s lives is clingy women! But women who support casual sex? They are branded as the vamps or the bad girls! I think people find it strange that a straight woman would have sex with a man, and yet not immediately fall in love with him? How is that even possible, right?!

Well, here are a few things that men assume (and wrongly so) about women who sleep around:

1. These women will sleep with anybody!

Women who like having casual sex don’t “do it” with everybody, for God’s sake! They have sex with men (or women) they want to have sex with! That’s their prerogative, not anyone else’s! I have no clue why that sounds so absurd to you!

2. They will surely cheat on you!

Just because they indulge in casual sex when they are not dating, does not in any way mean that they will cheat on their partner when in a relationship. But if this woman and her partner have an open relationship, will we still be saying that the woman is cheating on her man? Or are you professing that a woman should not be in an open relationship too?! Now, that’s a different discussion! 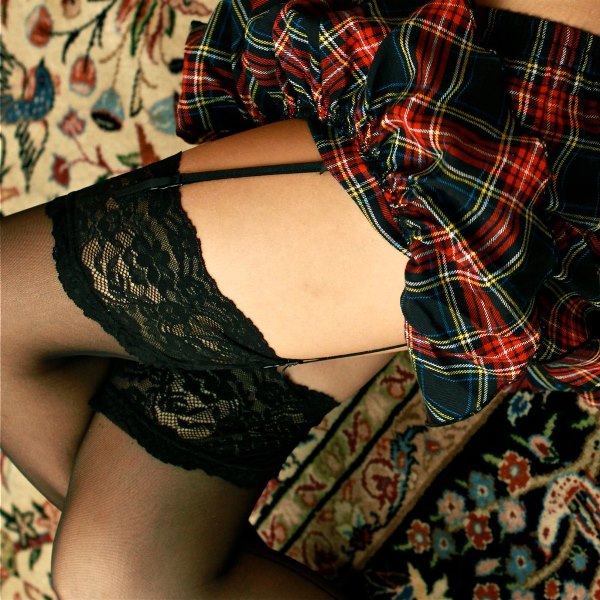 Casual sex is about a woman wanting to have sex with a man without any strings attached. And because she wants it, she goes after it. Why should she deny herself of that? Just coz she is a woman? And how do you say that her level of kinkiness is associated with this want of hers? Only because a woman has sex with people she wants to have sex with, it doesn’t mean she keeps chains and whips in her closet! And even if she does, what’s the problem if it’s consensual?!

4. They have very little self-respect

There is no need for you to pity women who sleep around. They don’t have sex with random guys to show the world that they can be an object of desire for people, or to prove a point to their exes! Because they enjoy it, and it seems to work for them, they do it. Like men, women have to satisfy their sexual drives, and they do it in the way that suits them best. A woman doesn’t sleep around to feel better about herself, physically or emotionally!

5. These girls have daddy issues!

Not every woman who has casual sex has daddy issues! I know there are a number of psychological theories and strange complexes that do the rounds about women who have sexual preferences that don’t conform to societal norms! One of these is the theory of “Daddy Issues”. According to it, women subconsciously look for their fathers in their partners! But not all women base their sex lives on how their dads raised them!

When women openly declare that they choose to indulge in casual sex, men wonder what kind of mothers were these girls raised by! A mother has to set a good example for her daughter to follow when it comes to love and relationships, and a woman who takes part in casual sex is not looking for either of those!

And you know what, I agree with you, but only partly. Maybe this woman is wanting casual sex because she was brought up by an open and broad-minded woman like herself! So, more power to her!

7. They can never settle down! 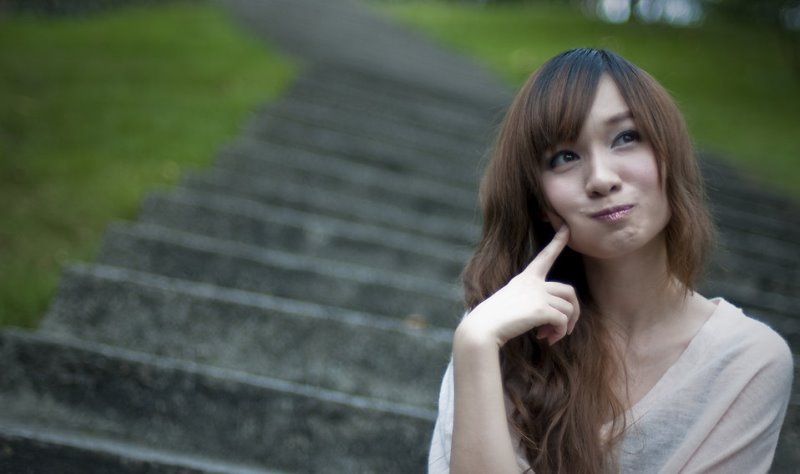 Now, if they don’t want to, why should they?! What you are suggesting is that this woman will not settle down even when she falls in love. That’s just a stupid assumption, don’t you think? People change, right? I am not saying that she was doing something awful, and she ought to change! What I am saying is, a few years down the line, she might meet someone she wants to settle down with. And the fact that she once preferred casual sex won’t stop her from being in a committed relationship.

8. They don’t have to be respected!

If a woman wants casual sex, it does not give you the privilege (I am shocked you consider it that!) to ask her to leave your bed as soon as you are done with the dirty deed! If you guys had sex at your place, you should have the courtesy to ask her if she knows her way home. If not, give her directions and ensure she reaches home safely. I am not asking you to cook her breakfast or serve her a glass of champagne afterwards, but she deserves respect! You, belittling her, reveals your character, not hers!

Suggested read:  All the reasons why having sex on the first date is not that big a deal

Dear men (and women!), you need to free your minds of all predetermined ideas about women who have causal sex. You have to forget the labels you heard people use about “such women”. Treat the knowledge that women like having causal sex as something you have just been introduced to, without any past references or opinions that have been carved into your minds! I want you to look at it from a fresh perspective or as someone once said “with wonder in the face of the world!”

Stop thinking that a woman cannot handle something that’s casual. But again, don’t think that she cannot deal with a serious commitment! She may want you to spoon with her for only 10 seconds, or want you beside her every night for a lifetime and more. She will state it to you. All you need to do is not look shocked in both cases (not judge her for either), and say which one suits you.

Try not to get all weird the night after you have sex with her. Don’t belittle her, or hound her because you think “she is easy”! If you want to see her again, ask her if she wants the same. If you run into her in public after this night, greet her gracefully. Remember, we are all adults here!

Don’t shame the woman for wanting to have sex with you. Respect her, and expect the same from her.

Liked what you just read? Sign up for our newsletter today! 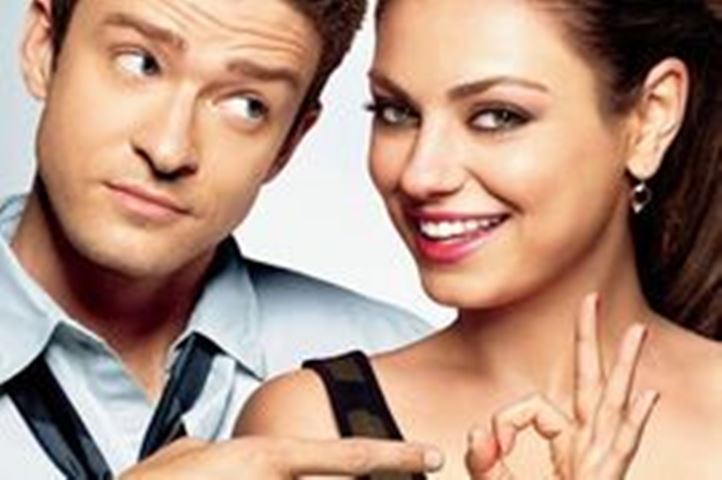