Don’t we all hate first dates? The tension, the worry, the conflict, etc., etc.,! They are also very awkward, involving the type of drink and food that we just don’t want to share with someone; someone, who we don’t even know enough, or at all, for that matter! But more than anything, there is this question that breathes down our neck, mocking us and making us feel itchy almost: Are we having sex on the first date?!

First date sex is a controversial topic, thanks to the outmoded ideas around it! Many of us are still of the opinion that one must be shamed (if they are not already ashamed of themselves!) when they indulge in sex on their first date night.

Even us, I mean people of my generation, who claim to have an enlightened perspective on being friends with benefits and having one night stands, and for whom sex is absolutely not an issue. Even people like us, think of having sex on the first date as a make or break moment. “It is only going to leave you full of self-loathing and regrets,” some say! 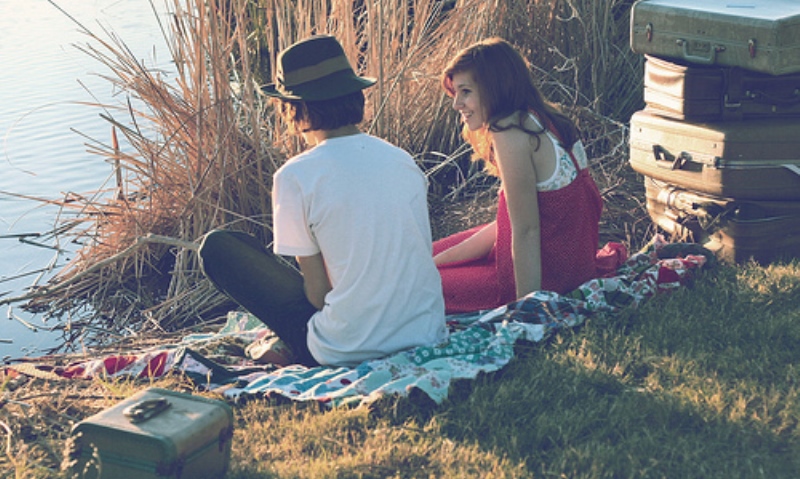 To fulfill what the society expects of us, we sacrifice our personal wishes and desires, and in this case, totally disregard such yearnings. To decipher what our neighbors, colleagues, family, friends, and strangers on the metro think about us, we cannot have enough time to listen to our heart, letting the voice drown itself. Sometimes, we even add to the noise, slut-shaming other women who have the guts to do what they want.

Do you want to put all this power into the hands of people who don’t even know your name? And if you are wondering, “What will this guy think? He will brand me easy and never want anything serious with me?” If he indeed is someone who’ll judge you for not being a hypocrite, why would you want to be with a man like that, in the first place?!

When it comes to men, they are constantly scared of whether the girl will walk out on them if they suggested some sensual activity. Men, just ask. More than likely, she is thinking along the same lines!

Sex is not the exchange of goods, where a girl is putting it out in hopes of a relationship, while for men, it is a payment for taking them out to dinner. Also, having sex on the very first date should never affect the possibility of a long-term relationship.

Let us do one thing today. Let us strip the sexual act of the damages it is thought to bring upon us, and let it be what it is: Simply sex!

We have done our research, and now have brought it to you without twisting any of the findings. There is nothing, absolutely nothing wrong with doing ‘it’ on the first date itself. We will not judge you or think less of you. We will also not character assassinate you! There is no reason for you to feel guilty or sorry about desiring what another person can give you consensually.

If you want it, go get it! And once you do, have no qualms about the same!

What, that pep talk was not enough? Well, let me entertain you with some statistics then! In 2012, the Singles in America survey saw that almost 55 percent singles reported to have had sex on their first date, 44 percent of this, again, comprised of women, while 56 were men.

So people are changing the way they look at having sex on the very first date. They are caring lesser and lesser about how inappropriate or wrong it is!

“But why should I have sex on the first date?” We give you 7 solid science-backed reasons!

1. He/She is not going to think less of you!

A very big discouragement for women and men to indulge in sex on the first date is their belief that the other person involved will think less of them if they put their guard down, and serve themselves on a platter, the very first night. Come on, this is rubbish! The reality is that, according to a poll conducted by Cosmopolitan, approximately 67 percent of the guys and girls maintained that they had absolutely nothing against those who initiated or said yes to sex on the first date. Since the numbers don’t lie, you can put this stupid fear behind you!

Perhaps your doubts have budded from your own anxieties about having sex. “If you know that sleeping with someone won’t bring out your best or will make you needy, it’s a good idea to wait. However, don’t wait because you think the person will lose respect or interest. Wait because of how it will affect you,” writes Andrea Syrtash, the co-author of, “It’s Okay to Sleep with Him on The First Date: And Every Other Rule of Dating, Debunked”.

Your decision to have sex on the first date is your own; it is about you, and not anyone else. Irrespective of this, if your ‘partner’ likes you and wants to see you, they will follow up and pursue you… now that they know what lies underneath! 😉

Suggested read: 16 failproof first date tips for men that are sure to work on the lady

2. You will not discourage them from coming back for more

Who gave you this idea that if you have sex with someone on the first date, they will turn away from you? Have you met all of them? Men and women love sex; let’s be open about that! If you are a self-confident woman or man, who enjoys doing what she or he does, people will be more inclined to come back.

In this case, taking part in some action between the sheets should actually benefit you, and enhance the chances of you seeing them again.

Jeff Wilser, the co-author of “It’s Okay to Sleep with Him on The First Date: And Every Other Rule of Dating, Debunked”, said, “In the history of the planet Earth, no guy has ever said, “She’s awesome. She’s intelligent. She’s sexy, and she’s into ‘Game of Thrones.’ There is only one problem… We hooked up on the first date.””

3. It will cut the sexual tension!

If sex is not a part of your relationship early on, a sexual tension will build between the two of you. Each date that follows will bring you a constant fear of whether you should keep waiting or make a move and drop a hint.

“Because Brits and Americans are wary about when to move the relationship into the bedroom it makes us more prudish when we finally get down to it,” says Maïa Mazaurette, a columnist at GQ in France.

Think like a French person now. Don’t be scared to bite that baguette!

There is no need to turn sex that you want to have on the first date into a momentous decision. If you both think there is something going between the two bodies, there can be no better reason to enjoy that!

41 percent of the men and women in the U.S. regard making love on the first date as “very appropriate,” according to the Singles in America study conducted a year ago.

So if you are still hesitant on the ‘other person’s’ behalf, don’t be. They not only don’t mind it, they rather badly want it to happen on the first night!

6. You can easily find out if there is a connection!

Sexual compatibility is something people don’t often address. It, however, is one of the key issues that gauges the health of a romantic relationship. By indulging in sex on the first date, you can easily decide whether or not there is some special connection between the two of you. And if the spark is enjoyable, it is bound to further increase the attraction!

“In this day and age, more people recognize sex as an important component of a successful relationship, not something to be ashamed of,” PhD, social psychologist, Justin Lehmiller says. He studies relationships and sexuality at Harvard.

He further adds, “For those people, it’s important to establish sexual compatibility early on, and having sex on the first date may be the right move for them.”

Suggested read: 16 failproof first date tips for women that are sure to dazzle your date

Even if you end up disliking this person, or even hating them, at least you will not have wasted your time. You are getting ‘it,’ and so you must stop fretting about how it appears to other people with sh*tty lives.

Having sex when you go out with someone for the first time is not only about sex. It is also about the fact that you both like each other; about how attracted you are to one another as a couple. So giving it a shot is completely worth it. Follow your carnal instinct!

You may think that the couples who do have sex on the first date cannot have a long-term relationship, but that is not true. Those relationships don’t work out because people don’t put in effort. If you get that straight, this sex thingy on the first date won’t matter two pennies! Tell us what is stopping you. We might be of help!