The best way to avoid communication problems in a relationship is to communicate. Then again, if all couples were actually communicating with each other, we wouldn’t be talking about this, would we. For some reason, unfathomable (not quite!), you and your partner have stopped having a heartfelt, honest conversation, which has led to an undercurrent of resentment and unease in your relationship. So here is what you can do, if you think you are in that position.

Well, that actually makes the complete idea of communication absolutely redundant. So next time your partner is saying something, listen to understand. Keep your ears open and try to understand the tone of it.

2. Speak: If you do not like something, then speak up. Do not keep it buried inside, because your avoidance will only make it fester, which may become cause for a bigger problem. Also, when you are speaking, try to be calm and true to what you want to say.An agitated statement will always get a reply in the same tone. So try, “I would really like it if you keep your shoes inside the rack. It looks tidy,” rather than saying, “Why do we have a shoe rack if you are not going to keep your shoes there?” in a hostile tone.

3. Open Mind: Human mind is somehow wired to expect the worst. But we do so only with those who we care about the most. So it would be better to have an open mind for the explanation of being late to dinner or for forgetting to visit the dry cleaners. 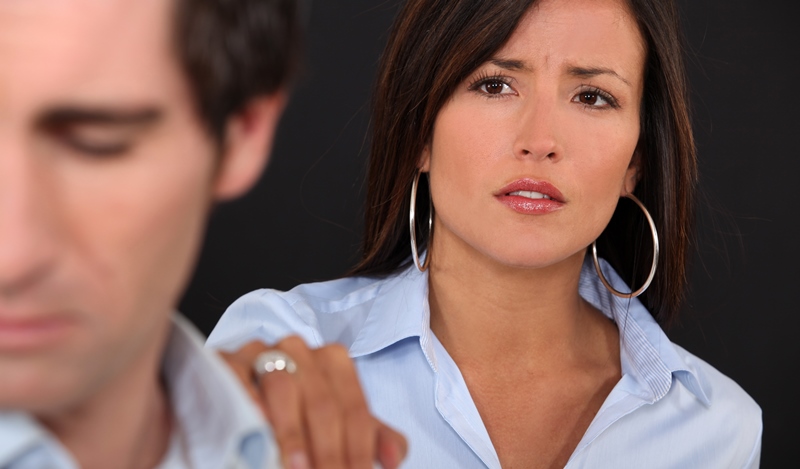 Try not to jump to conclusions or assume the worst of your partner. Keep some room for understanding a genuine mistake or misunderstanding.

4. Third party: When someone asks you for advice, you give it without waiting to think what effect it will really have. It’s the same with other people. So do not let them interfere or influence you. It is your relationship, and you and your partner must be the ones to make the decisions. By the way, a therapist/a counselor is not considered a third party, per se.

5. Wrong Side?: The need to be the right one in an argument or row, is what causes rifts in most relationships. In the process of proving that you are right, you might be losing that one person who is right for you. All you are doing is dragging the conversation (more like fight, or is it argument?), and not getting what you want. Is the satisfaction of making your partner know that you are correct worth messing up the beautiful thing you have? Try to understand your partner’s point of view too. It will give you a whole new perspective on where they are coming from.

6. Ground Rules: Have some rules to avoid any bumps in communication. You can have a jar for each other where you can leave notes, about each other’s good or bad behavior. ‘Do not go to bed angry,’ might be an oft repeated idiom, but it is true. Always resolve your issues and try not to end up sleeping in different rooms. Spend time with each other and make it a regular thing.

7. Never Stop Talking: Whatever happens, do not keep your feelings and thoughts bottled up, waiting for the right time to bring it up. The ‘right time’ is when you make it so. The argument may have reached its peak, but never walk away.

Always try to resolve the matter as soon as you can. Talking and expressing how you feel is the most important part of keeping any relationship alive, especially a romantic one. So never give up on talking.

Every relationship is as unique as the two people involved in it. There is no general rule or a surefire way that can work on all sorts of problems. Remember that you and your partner are in a relationship because you chose each other, and would like to make it work; that is all that matters. The extraneous and trivial things don’t matter in the long run. Every relationship has its ups and downs, which can be resolved with patience and a little understanding. Next time you both are arguing, try to understand the root of it, and I assure you, you will be happier than ever.

Article Name
7 tips to communicate better with your partner
Author
Surobhi Banerjee
Description
Every relationship has its ups and downs. But the way to get through them is open and honest communication. Here's how to go about communicating.