The Moment I Realized That My Marriage Was Over

The music was blaring from the speakers that were just above our heads. People around us were grooving and I was buzzing as I sipped my fourth drink of vodka and orange juice. It reminded me of the time I was in college where a bunch of us would go to a noisy pub, get really smashed with two drinks, and then head to someone’s room for an after-party with cheap beer. That was precisely fifteen years ago.

Suddenly, he came closer to me and whispered, ‘It’s really noisy out here.’

He came closer again and said, ‘Wanna get out for a bit?’ 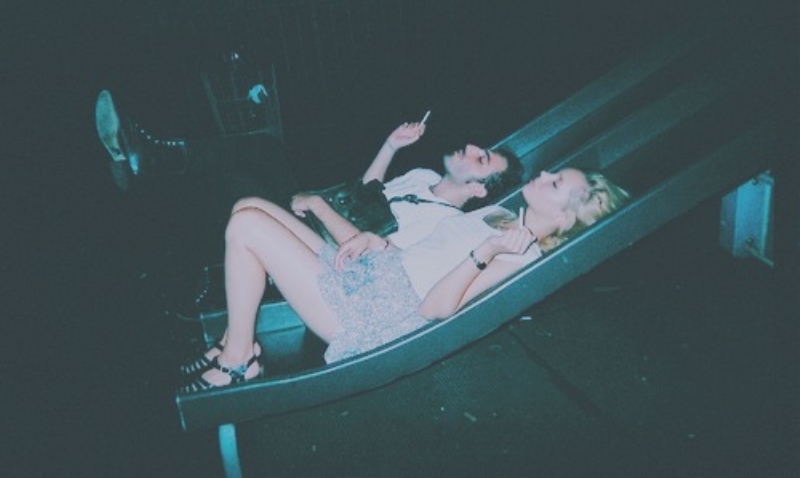 I assumed he wanted to smoke so we got up and left. The music was still blaring as the door shut behind us. Then there was silence, a rather awkward one. I looked at my watch, it was 11 pm. I had no one waiting for me back home so I could stay out till whatever time I wanted. Besides, I was having the time of my life today – four drinks and 2 shots of tequila! Hadn’t done this in a while.

He lit a smoke and offered me another cigarette. I lit mine as he asked,‘How drunk are you?’

‘Maybe a little,’ I giggled, blowing smoke through my nostrils.

‘That’s a good feeling isn’t it?’ he said as he stubbed his cigarette.

We walked in; he was now holding my hand and leading me inside the crowded place. Strangely, we were still holding hands as we sat down at the table. A few minutes later, we were kissing. By the end of the night, I was swaying and probably being carried out. I can’t seem to remember getting out of that place. Somehow, we made it to his apartment, kissing all the way to the third floor in the elevator.

Just when he began undressing me on the bed, I realized something. It was as if my memory had returned after a short holiday. I froze, not because of the temperature but because my memory flashed something at me.

After a few exhalations, he said, ‘You don’t have to tell him. It’s okay.’

No, it wasn’t okay, and we didn’t go through with it.

I left the apartment five minutes later. I started walking home with feelings that were hard to comprehend. Several questions swarmed my mind like bees around a honeycomb.

What was I doing with this random guy? With what courage did I kiss him?

The hardest question was – Why wasn’t I feeling guilty? Well, I did feel guilty that’s why I stopped. But this wasn’t me; I would have never done this.

My marriage is over, I thought to myself as I dragged my half-drunk self home. Yes, it was over a long time ago. I guess amidst the commotion, we failed to see it for what it had become. We had become different people. I could see that now.

Anxiety took over and I began reminiscing the time we first started seeing each other. That was my only comfort now. I remembered the time he had carried me to bed soon after we were married. We cuddled under a warm blanket on cold nights and had a lot of things in common. Now, I was walking in the cold, doing the walk of shame, not because I had committed adultery but because I had neglected the fact that I was married.

We both loved our careers, were ambitious and that’s why we had postponed having kids to our thirties. We wanted to travel to places, read a lot of books, see animals in the wild, and save money for a retirement beach house. The fact was, we were now in our mid-thirties, still no kids, had managed to do an international trip just once (on our honeymoon), with a loaded shelf of unread books, often surfing Animal Planet, and spending all our money on takeout food!

That was reality, that was my marriage. The love had long disappeared; it probably didn’t even wait to say goodbye as it left. There were no signs of love anywhere between us. There was no spark left, no friction. Nothing. We kept giving ourselves time to make it right. It wasn’t helping. Obviously.

We had stopped communicating; though we lived under the same roof, we barely spoke to each other. It was only the essentials. I don’t remember the last time we had sex; besides, it had become so mechanical that it felt like a chore to be completed than a thing to look forward to. There was no resentment, hatred or misunderstanding. There was no cheating either. It was just that we had grown apart; we lived like roommates.

One day, something strange happened, that should have been my first cue. As we got in bed, he casually mentioned to me that he was going away the next day on a business trip for three weeks. He had forgotten to inform me. Funnily enough, that didn’t upset me and we slept like nothing had happened. I didn’t mind it; it didn’t matter if he was around or not. Our lives didn’t revolve around each other – we were independent beings, living our lives on our own terms.  What’s worse is, while he was gone for three weeks, I didn’t even miss him. He had probably called me five times in those three weeks, and each conversation lasted for not more than two minutes!

Was it weird? No, it wasn’t. I should have known that my marriage is over. But that wasn’t on my mind. I was too busy distancing myself from everything. Cutting the cord, living like this was normal. And yes, in my mind, it was normal, because it didn’t feel wrong. There was no confrontation, no chasing, no nagging. Come to think of it, it was pretty smooth.

We had gotten used to each other. We were in our comfort zone, a place where couples take a really long time to reach. The only difference was that there was no place for love in our hearts, there were no feelings. Nothing. Zilch.

My marriage is over and I cannot fathom the fact that it ended so soon. I had always dreamed of spending my whole life with my husband, happily, of course. And here I was, almost committing adultery because I needed to be loved, to be held and to be felt.

It’s strange how sometimes, people you know for years become unrecognizable. And we were that couple now! There weren’t drastic physical changes in us, but deep within, we weren’t the people who had fallen in love with each other. We weren’t that happy couple who hugged, held hands, and kissed.

We didn’t think it was necessary to tell the other person what our plans were for the future. We made ad hoc decisions in our lives without consulting the other. We had both moved on despite living under the same roof and sharing a bed.

Unlike most couples, we spent a lot of time together in silence. Night after night we slept in the same room, on the same bed, without muttering a single word to each other. Not a word of love, neither a word of hate. It was like we were used to being this way. It didn’t matter.

It didn’t matter because ours was now a loveless marriage. While I couldn’t think of too many reasons to leave him, I didn’t have enough reasons to stay. We never spoke about it and life happened, but it happened separately to us both. We got busy with our careers, and our relationship that had now been soaked like a wet sponge, couldn’t hold it together anymore. It was about to disintegrate.

The day came when we mutually decided to end it. It had taken 16 years for us to finally address the seemingly ever-present elephant in the room. It wasn’t difficult; we had detached ourselves completely from each other, so we didn’t feel any emotion. We wanted to end it ‘peacefully’. So, we did.

Suggested read: I tried dating my ex-husband, but it didn’t work out the way I’d hoped it would

Now, when I look back, I regret the precious time I wasted, that we wasted. We should have ended it the minute we knew it was over. But, we didn’t. Something didn’t let us do it willingly for a long long time. We were now glad it was behind us, it was such a relief to the both of us.

Maybe we weren’t meant to be. Maybe we took longer to recognize the truth that lay in front of our eyes. It happens; it happens when you’ve known a person for too long. So long, that breaking up feels like a hard task! You’d rather stay than take pains to get rid of each other. That’s what happened with me. It was easier to just stay put than make a move in the opposite direction.

It’s been less than four months now, and I haven’t met him since the divorce. Life hasn’t changed too much, but I figured I didn’t have to be married to live with a guy. And if I were married, I wanted to behave like a married couple.

Article Name
How I Came To Realize That My Marriage Is Over
Author
Anonymous
Description
I had a light-bulb moment when I least expected it, and just like that, I realized that my marriage is over...