I Tried Dating My Ex Husband, But It Didn’t Work Out The Way I’d Hoped It Would

Eleven years back, we were in our twenties, wild, free, and stupid. The age that no one warns you about, fearless like a lion and wise as a giraffe! One of the first things we did after graduating from college was – moving to the city, and moving in with each other.

It was such a relief not having to sneak right under our parents’ noses. We found respectable jobs for ourselves and had already set out on our little journey. 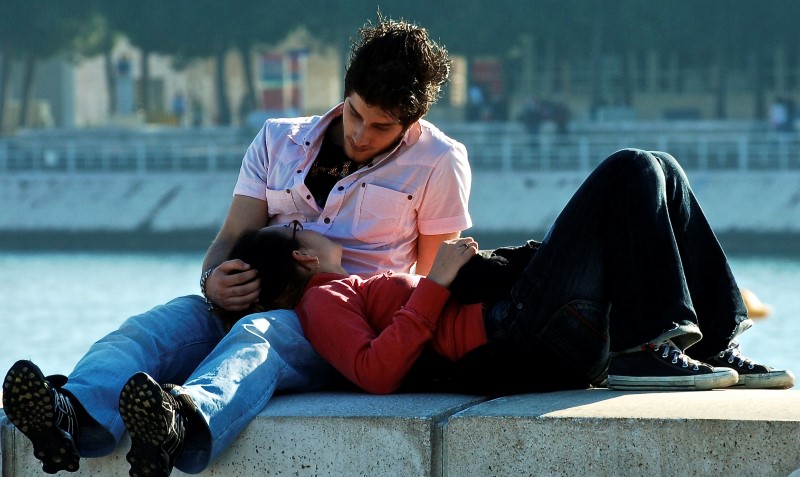 I remember spending a rainy day by the window in our cozy apartment. We’d make ourselves some hot tea and look outside. We enjoyed looking at the dark grey clouds in companionable silence. After spending minutes staring at the stormy sky, we spoke about our future and our dreams.

Mine weren’t too realistic, but his were overly ambitious.

When it got dark, we’d sit under yellow lights and play a game of scrabble. We’d end the day making love.

Those were the days.

Nine years later, we were getting divorced over “compatibility” issues. Who would’ve thought that the same person I spent almost half my life with, doing things that once upon a time made us go bananas, was now a person I could barely stand. His very sight invoked a lot of feelings, and love wasn’t one of them. I guess, all that silence we had over the years were times we probably should have spoken. We couldn’t recognize each other anymore.

We didn’t understand each other anymore, it’ was like our love died; it died somewhere during those rainy days. The very same days we looked forward to, were now only a reminder of “bad times.” The person who was gravely affected was our 3-year-old daughter. 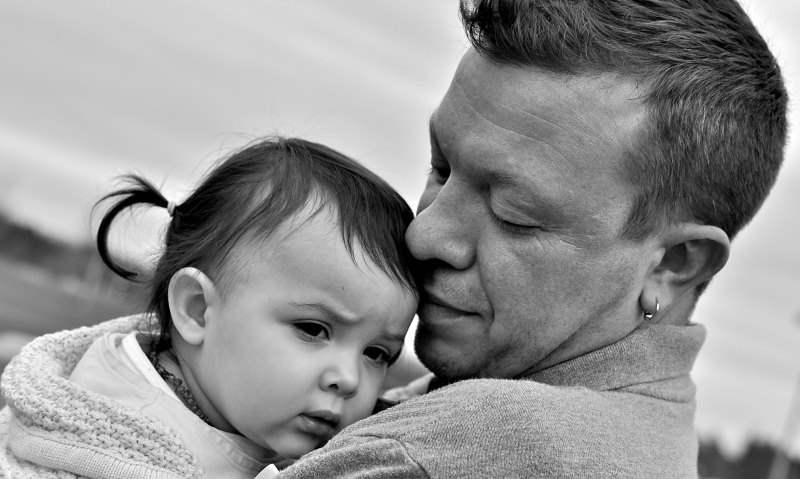 One day, as my husband was explaining the changes that were yet to come to our daughter, he said, “This arrangement is only temporary. Things will get better. You don’t have to worry, honey. I still love you and will meet you.”

I don’t know how much she understood but I knew this was the end. Finally, when the divorce came through, we sold the house and bought two apartments. We decided to stay in the same vicinity so that he could stay close to our daughter.

One afternoon, as I parked my car outside my daughter’s play school to pick her up, I saw a familiar car pull up at a distance. A man got out, smartly dressed in formals and headed straight towards the school gate. I watched in some sort of amusement. It was my ex-husband, of course. It had been about 8 months since the divorce, and we hadn’t really met; apart from him clumsily showing up on some weekends in shorts and oversized T-shirts to pick up our daughter for the weekend. But here was a man who was now probably working on a “revenge body.” His little beer belly had vanished and his trousers fit him so well – oh my gawd!

I brushed my hair and scurried through. He waited at the gate, occasionally looking at his phone. I walked towards him and greeted him. He turned around, and I had to admit that he looked great. Or maybe I hadn’t seen him in a while dressed for work. He wanted to surprise our daughter and had decided to show up. He had planned to take her out for some ice cream and asked me to join them. 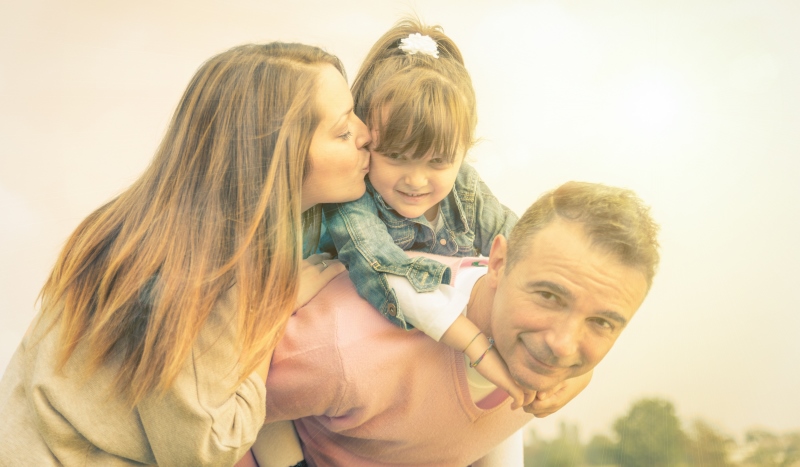 We went in his car, and my daughter was the happiest. She was happy to just see mommy and daddy together. It did feel nice, I’ll be honest. Felt like nothing had changed and we were cordial with each other, may be a little formal too. But whatever it was, it made my daughter smile from ear to ear for that one hour.

A few days later, he texted me and asked if we could meet for lunch without our daughter. I agreed.

Seemed like our little rendezvous at the school the other day had also sparked a little something for him. He made no attempt to tell me that during our lunch, but as the days passed, it seemed like the two of us were now “hanging out” like love birds. It was strange for most of our friends to understand what this was.

Dating my ex husband was now such a thrill. I felt silly, just like how I felt when we first started seeing each other. We now met every alternate day, sometimes with our daughter, sometimes not.  Eventually, there came a day when he spent the night at my place.

It was like doing it for the first time. Again.

I felt like a brand new person with some motivation to wake up, to dress well, and to feel loved. We flirted with each other and teased each other, I was curious to know if there was ‘another woman’ in that time that we had been separated. There wasn’t, and that made me fall harder for him. Dating my ex was now the only thrill in my life, apart from my daughter. 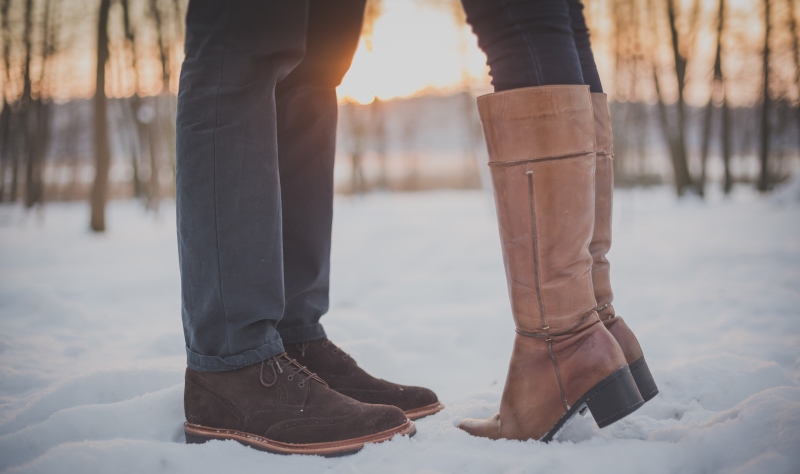 My friends warned me against it, and so did his. But we chose to ignore everyone and continued doing what we thought gave us momentary happiness. Yes, that was it. Happiness that lasted for a brief moment.

Soon, when he began frequenting our place and spent the night with us, he had begun to annoy me once again. We weren’t compatible. It was true.

I was now seeing clearly why I had left him in the first place. He was selfish, wanted us only for his needs, his priorities were all messed up, his male ego was at an all-time high, and he went about giving orders as if we existed to please him. I felt like he was controlling my life again. He wanted to know everything. I had to take his approval for every single thing. Now that I had resumed work after my maternity break, his doubts doubled. He called me several times during the day and thought he could treat me the same way he did before we parted ways (formally).

Dating my ex was a terrible mistake, something that wasn’t the first time I was hearing. People concerned about me had genuinely expressed this thought, but I hadn’t listened. Now, it dawned on me that separation was better and that I was better off without him in my life.

But breaking up with him, again, was going to be painful, especially for our daughter. She had just adjusted to this – seeing her daddy often and her parents together. How was she going to deal with this trauma – again? I wondered.

But children are more flexible, I’m told; they get accustomed to changes and adapt easily, that they are more accepting, and that “this too shall pass,” was what I was told. I didn’t know how to break it to him that I was done with him, once and for all.

One evening, as I was putting my daughter to bed, I told her that she would see her dad only on the weekends again, and that it was going to be like before. Where mommy would live with her, and daddy would live a few blocks away. It was better for us to live like that. That she wouldn’t understand now, but someday when she grew up, she would know why her mother did what she did. That our love for her was still going to be the same, but just that mom and dad would never be able to love each other again – not in the way we were supposed to.

So I tried dating my ex, and it didn’t work out. I’m glad it didn’t because it was frivolous, and a stable relationship couldn’t work that way. I’m glad it didn’t work out because I didn’t want to live like that, I didn’t want to be controlled by a selfish person. I wanted to spare my daughter that horror, scared that she would grow up seeing this and think that it’s normal for men to be this way. No, I wouldn’t let that happen.

I was now assured that my decision to leave him was right. This was a moment that could have been a second chance, but now I was as sure as one could be that it just wasn’t meant to be. It wasn’t going to work out. Ever. Some people don’t stay with you forever, and he was one of them; I had to let him go. It wasn’t so painful this time around because I was consciously taking this call on behalf of our daughter too. It was the right thing to do.

We are happy now, individually.

Article Name
I Tried Dating My Ex Husband, And It Was A Disaster
Author
Anonymous
Description
Dating my ex was a recipe for disaster, but I had to do it - if only to know for sure...