Yes, she is a girl and her mind doesn’t follow the EAT-DRINK-SLEEP-PEE-POOP-(SEX, if any) pattern of your brain! She is definitely not going to ogle and you shall never catch her staring at your ding dong and then cracking up with this: “Sorry, I just couldn’t help it!” 😉 😛 But if she has been laughing hard at your jokes of late (with the occasional playing with her hair) rather than shooting back a smartass quip, chances are the signal is slowly turning from red to amber.

So, if you think that her ‘complex’ brain is transmitting ‘I’m interested’ signals that are becoming ‘visible’ through actions and words, here’s how you can decode if they really mean ‘she likes you’:

Whether you are sitting across the table, are watching ‘The Notebook’ for the nth time together, getting her her favorite drink or just talking, if your eyes meet for more than a flimsy ‘thank-you’ second, chances are that she has a cushy spot for you. Of course, this isn’t a rock hard reason but dude, if the ‘eyes’ are on you all the time, we have reason to believe she is ‘eating’ you up without getting caught. Or maybe, caught by you! Just what she wanted, eh! 😉

2. She laughs at your jokes

If the silly jokes that fetched an insult or a funny look at best earlier, have suddenly turned into ‘laughter’ (even though your jokes are the same silly ones or probably worse!), she definitely is warming up to your company and probably more! 😉

If grazing your arm, punching your six-pack (if that), a quick nudge, holding your hand or resting her head on your shoulder are things that’ve been flooding the scene, your life may be turning into a fate-directed (read directed-by-her) love story! And if you aren’t all that into her, this may be an amusing rom-com to watch or else just the mush love saga! Either way, we aren’t complaining! 😉

4. She asks about other ‘girl-friends’

Now this one is as tricky as understanding her mood swings. And don’t you dare blame it on PMS! 😛 Whether she goes all out to exhibit absolute cool with your ‘latest crush’ and later stalks her social media activity or constantly picks on your exes or other girlfriends, she wants to be ‘in-the-know’ about the ‘girls’ in your life and be the ‘best’ among them all! And however inane it sounds to you guys, she’s a girl and I give her that! 😉 😛 Trust me, your other ‘girl’ friends will agree too! 😀

5. She jokes about being together

So she jokes about marrying you if the two of you end up being ‘single’ when your varicose veins pop out from under the thin layer of skin covering your feeble frame! And a lot! Trust me, she wishes to marry you much sooner and pop out your babies before any of those veins pop out! Are you listening?!? 😉

6. The quick quips are turning into ‘mush’

If the sarcastic comments and quips are slowly turning into a wink, wink, nudge, nudge affair, you have reason enough to hop on the ‘dating’ train. There shall not be a more solid proof than this one, not in her head anyway! For the doofus guys, umm … okay, we’ve built up a whole list! 😛

7. She fights and gets angry just like a girlfriend would

If she is getting angry with you coz you blazed up a doobie or puffed on an extra cigarette, she is no longer a friend and bam! She isn’t seeing you as a friend either. You might just as well change your relationship status on Facebook and declare it to the world! 😉

8. She is killin’ those ‘no-holds-barred’ conversations

If the formerly ‘weird’ stuff is slowly trickling into your conversations and there is no topic that is off-bounds for you two, it is a definite sign that she has more than ‘friendship’ on her mind. I mean, she can’t be discussing what turns her on EVERYDAY with you, just for nothing!

Yes, if the number of questions about your ‘friendship’ have increased so much so that the defensive ‘we’re just friends’ answer is always accompanied by a blushing face and just the slightest trace of a ‘sly smile,’ we know where you’re headed folks! Bollywood has taught us enough on that front! 😉

10. Your hangouts seem to be trudging up towards ‘dates’

If your weekend meetings are turning into Monday meetings followed up by Tuesday after-work catchin’ up and Wednesday moviethons followed by quick Thursday drinks, here’s what we have to tell you – that’s a bright amber flare on the signal! Wanna rev’up the journeying speed? 😉

If you have become an informaepedia for her, chances are that she sees you as her ‘one-stop solution’ for everything. From the time difference between IST and Pacific time to that brilliant documentary on black money – if she’s approaching you for the answers Siri can give her, you are one special ‘boy’ for her. ‘Aren’t you feeling the soft spot yet,’ her questions are silently yelling. 😉

12. She hits it off with your buddies

Of course, her friends have all heard about you by now and have added you on their ‘friend-list.’ (However, none of them are allowed to talk to you for more than ten minutes, max – and that too, only when ‘tis about her!) 😉 But as for your group of boys, she’s become pally with all of them and seems to fit in as a perfect buddy – so much so that one of these days, you may walk into your own apartment where she’s dealing out the cards for poker amidst the boys! Drop the J-bomb dude, she is doing it for you – that is why she’s at your place. Duh!

13. She makes sure that everything is ‘perfect’

Whenever you two have plans to meet up, she’ll triple-check everything to make sure all is perfect. Even if it means going out for drinks at two in the morning and looking drop-dead gorgeous after a wonky work day, only to rush to another after five slim hours!!

14. Her friends give her up

This is as definite as it gets. If her friends have ratted her out, she surely likes you. And this, my friend, seals the deal. Now what are you waiting for? The signal’s green, slam on the accelerator and get set, go!! 😉

Now remember that many of these might just be ‘friendly’ signs because, well, we women are ‘complex creatures.’ Didn’t I mention it at the outset? 😛

So, unless these come in coupled with the last ‘sign,’ do not rush in loverboy! And don’t blame me, I am not taking responsibility for a ‘friendly female’ or a ‘tease!’ So, pretty much AT YOUR OWN RISK, my friend! 😛 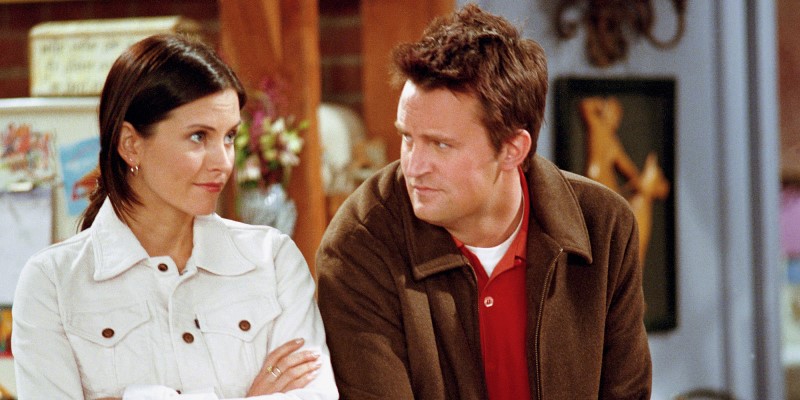