Is Your Partner Passive Aggressive? Find Out Now!

What is passive aggressive? 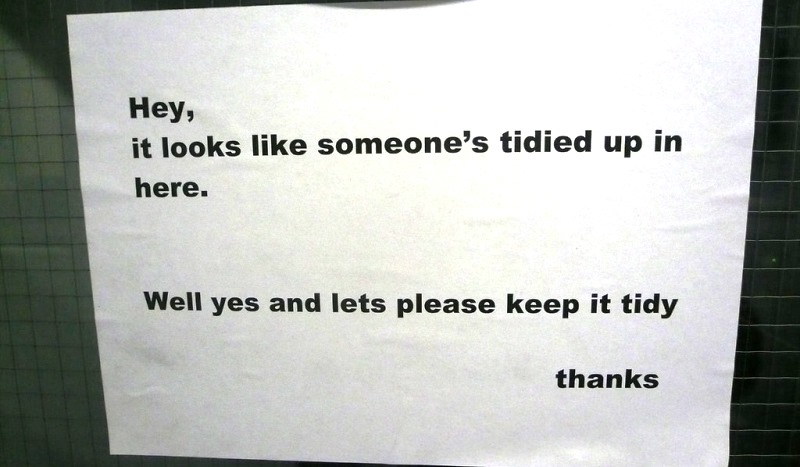 Cathy Meyer, in her article, “Passive-Aggressive Behavior, a Form of Covert Abuse”, says,

“The passive aggressive will say one thing, do another, and then deny ever saying the first thing. They don’t communicate their needs and wishes in a clear manner, expecting their spouse to read their mind and meet their needs. After all, if their spouse truly loved them, he/she would just naturally know what they needed or wanted. The passive aggressive withholds information about how he/she feels; their ego is fragile and can’t take the slightest criticism. So why would they let you know what they are thinking or feeling?”

Suggested read: The Only Relationship Advice That Makes Sense When You Want To Find Lasting Love

… If you confront the passive aggressive, he/she will most likely sulk, give you the silent treatment or completely walk away leaving you standing there to deal with the problem alone. There are two reasons for confronting the passive aggressive. One, if done correctly you may be able to help him/her gain insight into the negative consequences of their behaviors. Two, even if that doesn’t happen, it will at least give you the opportunity to talk to him/her in a frank way about how his/her behavior affects you. If nothing else, you can get a few things ‘off your chest.’”

How to find out if you have a passive aggressive partner

Does your partner often say “whatever” to everything you say? Does he or she blame you for everything that goes wrong, even when they are the ones who are at fault? For example, when they forget to do something, instead of saying sorry, they blame you for not reminding them. If you answered yes to those questions, then afraid that your partner is passive aggressive. However, let us not jump to a conclusion so quickly. Let us look at a few more signs and symptoms that will let you decide for sure if your partner is indeed passive aggressive.

The NYU Medical Center defines a passive-aggressive individual as someone who,

“may appear to comply or act appropriately, but actually behaves negatively and passively resists.”

Passive aggressive behavior if arranged on a continuum, will range from mild (constantly making promises, breaking them, and stating excuses where the other person is blamed) to serious (hampering the mental well-being of the person the behavior is directed to).

“Passive-aggressive people are typically hypersensitive to actual or perceived criticism. Especially, when they don’t follow through with promises. Here’s the kicker. They have great gobs of good reasons for not following through with crucial agreements.”

The most common characteristics of people who are passive aggressive include,

According to Dr Peter Pearson, who was once a passive-aggressive man himself, and had to battle a lot with this personality disorder, says,

“The passive aggressive person generally feels they are under assault and no matter what they do, they cannot please their partner. …The other partner believes they cannot depend on the passive aggressive mate to reliably follow through. Even if I am 80% reliable, as I would sometimes point out to [wife] Ellyn, she has no idea what the 80% will be or when it will be completed. This scr*ws up the logistical part of being an effective team which supports being an effective couple.”

This varies from person to person. Nonetheless, two common things about passive aggressive people is,

According to Dr. Pearson,

Suggested read: How far is too far: Setting boundaries in a passive relationship

Signs of a passive aggressive partner

Here are the most common red flags that will tell you whether or not you have a passive aggressive spouse.

A corollary of this silent treatment is withholding sex. The attitude of the partner is so curt that it becomes obvious without spelling the obvious that they partner is withholding all forms of love and affection. This is also a way of sending across a message that you have done something wrong and are deserving of punishment.

2. He/She says yes but means no

A passive aggressive person in a relationship says yes to avoid argument. They hate confrontation, and so quickly say yes when what they actually want to say is no. This person does not want to work through issues; they don’t want to put in effort and make things work. So by saying yes, they end the conversation right there.

3. He/She says I can’t when they actually mean I won’t

Like the yes and no thing, a passive aggressive person prefers saying “I cannot”, when they actually want to say, “I will not”. And they do this when you ask them to help you with reasonable things. They will make numerous excuses, and most of the excuses are just rants where they are blaming you for everything. They like to sound helpless, and they blame you for making them feel helpless, when actually it is they who are doing that to themselves.

A passive aggressive person makes their partner go through help by staying silent and unhappy for a prolonged period of time, without any particular reason. This brooding actually suggests that they are angry, but they will not tell you why. They expect you to understand that yourself, and the fact that you cannot makes them madder.

5. They react to triggers you have no clue about

Deborah Ward explains in her article, “Causes of Passive Aggression”,

“Certain situations will tend to activate passive-aggressive behavior. This includes circumstances in which the person’s performance will be judged, or he thinks it will, says therapist Jay Earley, Ph.D., such as in the workplace. Similarly, any situation where the passive-aggressor has to deal with authority figures, such as bosses, parents, teachers, community leaders and even spouses, will often trigger an indirectly angry approach.

…Passive-Aggressive personality disorder develops as a result of a combination of genetics and environment, says Earley. Essentially, this person feels that aggression is not allowed and to survive, he has to express his anger indirectly, and defeat others in the only way he feels he can.”

According to Psychology Today,

“Most of us are familiar with stubborn children. When kids reach a certain age—the terrible twos, the teens, or some other time during childhood or adolescence—they refuse to do what they’re told. But kids are kids. It is less easy to comprehend when a grownup behaves in this way. You might have a colleague who almost always finds a way to avoid the tasks that he needs to complete. They leave the full responsibility to others or take on an assignment and then do not finish it on time. If this is a result of work-related stress, problems at home, or a procrastinating personality, then it might not be a case of passive-aggressive behavior. But if it is frequent and not obviously attributable to independent, external factors, it may be deliberate and count as passive-aggressive behavior.”

Suggested read: Essential Things To Keep In Mind When Dealing With A Passive-Aggressive Spouse

That is all we have on today’s post. So do you think you do have a passive aggressive spouse? Is there anything you want to tell us, or want on our advice on how to deal with your partner’s passive aggressiveness? Let us know in the comment section below.

See you until next time!

Article Name
6 Sure Signs You Have A Passive Aggressive Partner
Author
Ruth Russell
Description
Does your partner blame you for everything that goes wrong, even when they are the ones who are at fault? You might have a passive aggressive partner.