#ScienceSpeaks The Unknown Reason Behind Married Men Cheating Is…

Yep, you read that right. While evolution, gender differences, myths propagated by popular culture and stereotypes may have us believe that men are hard-wired to desire more sex and as such, have a tough time staying monogamous, one of the most common and overlooked reasons behind married men cheating on their spouses is that ‘men don’t talk.’

The largest, most comprehensive poll of its kind on the subject revealed that contrary to popular perception, the differences in motivation behind married men and women opting for extramarital affairs aren’t as far-spaced as one might believe. While extramarital affairs, by definition, involve a romantic attachment that may or may not have a sexual component- research suggests that sexual drive comes fourth on the list of factors that drive married men to cheat.

Based on interviews with 200 cheating and non-cheating husbands, M. Gary Neuman, author of The Truth About Cheating, reports that only 8% identify sexual dissatisfaction as the reason for their infidelity. In fact, a Rutgers study reports 56% of men who have affairs claim to be happy in their marriages (more or less) and are not looking for a way out.

Then, why do married men cheat? And what has it got to do with ‘not talking,’ you ask?

Whether or not we choose to lay the blame squarely on the shoulders of biology, neurophysiology, culture and psychology, most men are conditioned to refrain from expressing their worries, anxieties, emotions sexual desires/issues or any other ‘unacceptable/unwelcome’ feelings to their friends and family, much less to their partners.

As the popular show, Married Men Don’t Talk suggests, men talk about any topic under the sun save for the ones that shall inject an uncomfortable potion in their marital equation. This innate ability or conscious/subconscious decision to discuss disconcerting matters in the open amplifies the troubling aspects, aggravates the nagging feeling of dissatisfaction in the marriage and leads to cheating.

M.Gary Neuman found that 48% of the men he interviewed reported psychological and emotional dissatisfaction as the primary reason for cheating. The men reported feeling unappreciated and wished that their partners could recognize when they were trying. They did NOT talk to their partners about this.

Suzanne Philips, Adjunct Professor of Clinical Psychology in the Doctoral Program of Long Island University, notes that the rationale these men advance in support of their decision to remain mum about the issues troubling their marital equation includes:

As such, these married men, Philips reports, are emotionally alone. Unlike women who are quick in turning to a friend or confidante to vent, garner support, seek advice, counsel or even heal from an emotional blow, men, too often, suck it up and keep their feelings under lock and key. This leaves them vulnerable to the attention, affirmation and complication of an affair.

While it is true that some cheaters are simply cheating to bolster their fragile ego and add some more notches to their belt, over 60% of men who land up in an extramarital romance admit to never having imagined themselves in one until they were doing it.

As such, these men who are locked up in their own selves tend to open up to people they already know (friend, colleague etc) and becomes hooked to any amount of time, effort, appreciation or intimacy that overshoots their married equation by the slightest degree. Given the primary urges of mankind, it is easy for this relatively superior emotional attachment to get eroticized quickly and flare up into a full-blown affair.

In most cases, a sexual gratification causes the infatuation to trip and consequent feelings of guilt to trigger. The men wish they hadn’t acted upon temporary feelings of attachment and that nothing should change- but it always does. Coz they have!

While the root cause of the affair, in such cases, is always in an effort to transpose and displace feelings of guilt attributed to the spouse with statements like ‘if only my wife..,’ I just have to say one thing:  if men can actually use words to fess’it up and seek forgiveness, repair and renewal of the marital equation after the ‘deed’ is done, why not use the repository of words much earlier to ‘fix’ what was going wrong in the first place?

I mean, if you are going to talk and clarify and discuss it later, you may as well start there! 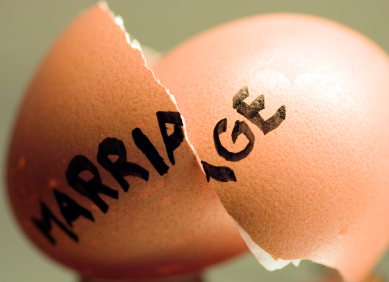 Article Name
#ScienceSpeaks The Unknown Reason Behind Married Men Cheating Is….
Author
Sejal Parikh
Description
This is the reason behind married men cheating... and we did NOT expect this!