The ONLY Advice You Need To Feel Great After A Breakup 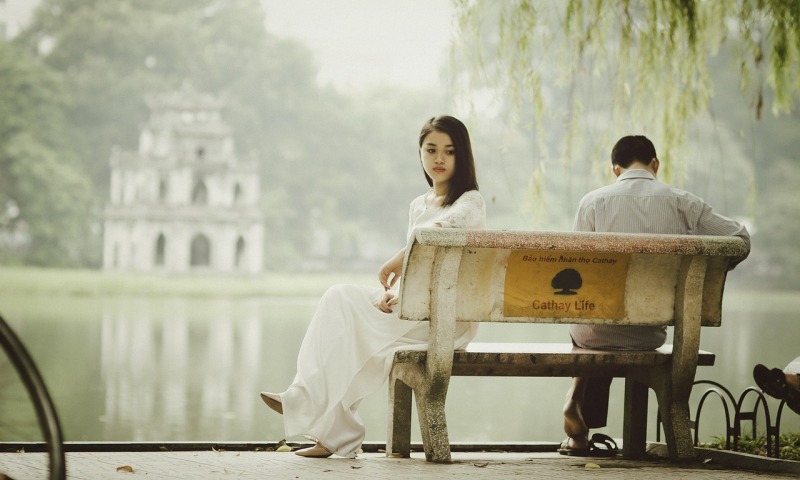 I will never forget the day it happened. Of course, we had been fighting a lot more than usual, couldn’t see eye-to-eye on things that ‘supposedly mattered’ and wished for a miracle that would undo all of it. I know I did- and have my doubts about whether he really wanted things to become ‘normal’ again. Any which way, you know what they say about (wo)man proposes and God disposes, right- the end was inevitable. It happened with a simple ‘I think we should start seeing other people. In fact, I’ve already been on a couple of dates!’ Bam.

Suggested read: Cupid fell out of my favor on OkCupid

‘Twas pretty simple. No really. He made it clear that he was moving on (sorry, had already moved on) and that I should move on too, for my own sakes. Gag. The simplest trick in the book to break a heart and tread the high ground! The next few months were horrible. I won’t bore you with the details of my broken-heart-syndrome because then, I’d run the risk of being called ‘crazy’ and I have ample proof my ex has got me covered on that one. So, let’s get to the point.

I know most of us put up with the stink and the pressure when things are ‘going down’ but the real sh*t hits the fan right after a breakup. That’s when you know ‘it’s over.’ No ice-cream tubs, vodka bottles or random hookups can put your broken heart back together. The only thing that can help you begin to feel better and on your way to feeling ‘awesome’ is deciding to f*ck it. Yes, you heard me. You need to learn to not give a flying f*ck to things that you’ve had no control over and aren’t going to, either. The problem, however, with achieving this state of f*cking all else to the point of owning your spectacular single status like a bomb is that you have to want it. Like really, really want it. 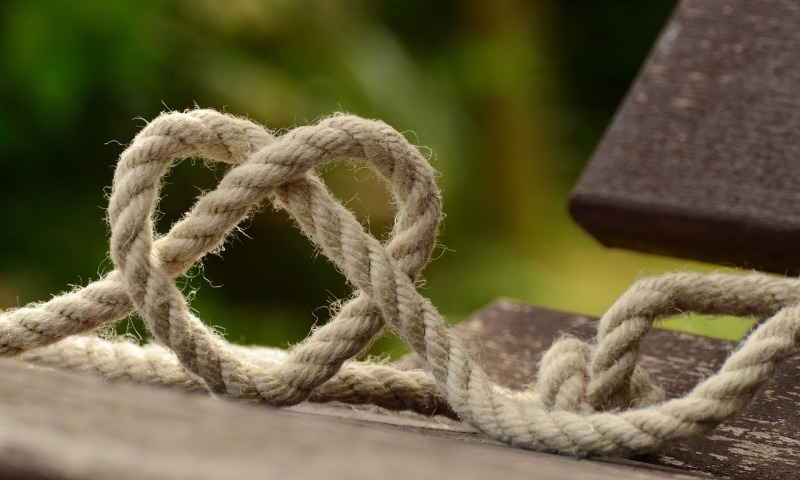 You have to be ready. Ready to shut the door on pain. Ready to give up the urge to drunk dial. Drunk text, drunk-sleep or anything else that keeps the hope of getting back together alive.

I know what you are thinking. You already know this. And you aren’t ready. That’s the whole reason you are reading this!

I am getting there. In a moment.

You see, you can’t simply jump stages after a breakup. Stage one is almost always unendurable pain. But if you want to waltz your way through the rest of the stages, here’s something you CAN do:

If you feel like you are going to be sad forever, maybe you will. Cry and yell and tell everyone how you didn’t deserve this. Binge on ice cream and drink yourself to death- and just when life slaps you in the face to pull you out of your hangover, accept that you will be happy again (if I didn’t validate your pain earlier, you wouldn’t listen to me, would you?). So, yes, feel everything you are feeling to begin to heal. You have the right to choose whether you wish to be dramatic, whiny, silent sobbie or a b*tch! Don’t feel too bad about any of the things you choose because stage two shall have you covered on that one. Yes, it s*cks and you are going to love it.

You will begin to feel bad for yourself and you gotta run with it. Keep pace with the wild beating of your heart, entertain those memories that cage you in and go ahead and feel that you cannot and will not find love, if you choose to distance yourself from the one you lost. That’s normal, girl. Feel it and continue to feel it until you are so sick of it, you could thrash the past with a golf club. Then, find your new IT-thing. 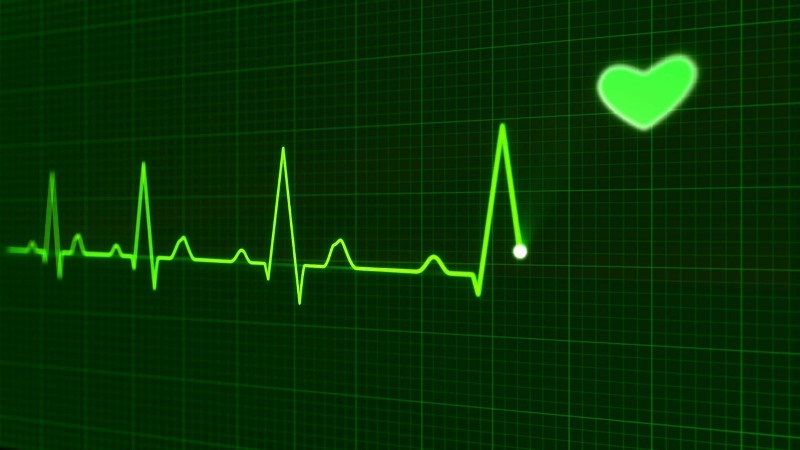 Maybe it shall involve mindless social media jogs or a sprint ‘outdoors.’ Whatever it is, do not stroll down the memory lane. You can’t revisit his mushy comments on your favorite profile picture or go to that coffee shop that was ‘your place.’ You cannot shop at the store he buys his grocery at. C’mon- what’s with wanting to bump into him when he’s struggling to balance eggs and milk cartons and bread in his arms? Oh, his arms…his strong, strong arms! See- where you could LOSE your way (and I almost lost mine…)? Set those physical boundaries so they can become emotional ones. If you are feeling particularly strong, however, stalk him and you may find out what you already know.

What’s more- that b*tch is HOT!

Well, I warned you not to go strolling down the memory lane. But just because you put pants and were willing to brave the outdoors, you thought you could…so, CHILLLLLLL! You’ve come quite far. You made a joke right before you saw him gallivanting with that b*tch! That’s ‘good enough,’ even if he says you weren’t, ever. Your progress punched right back in is simply proof that you are a grown-a*s woman capable of feeling every f*cking emotion on the spectrum in a matter of seconds. So, take a step back (after suppressing the urge to punch your ex’s new girlfriend in her fake pout, so that pucker goes inward) and get back home. Or to a safe place. Whatever your safe place is.

Suggested read: Weighing the pros and cons of being in a live-in relationship

It s*cks, it is hard- but you gotta deal with it. Repress your urge to bring him up- in conversations with friends, on your social media sprees, even in matter-of-fact Q&As like ‘how you’re feeling?’ I say it because vilifying him isn’t gonna make you feel better. I know hearing your friends say ‘he’s a complete as*hole who didn’t deserve you anyway’ is an instant pick-me-up- but that’s exactly what it will always be. A donut that cheers you in the moment and then, before you know it, is gone. You do not turn a thrown away tissue to reuse it and trash it again. Then, why turn him into ‘garbage’ to stop feeling like trash? It won’t change things. Your relationship has been thrown out and you’ve got to make sense of it.

Don’t go out and buy new ‘stuff’ you can, in turn, trash to feel good (and yes, am talking rebounds) but do eat out, make plans, drink with girlfriends, sleep in and have as much fun as you want. If you make some mistakes on the way, own’em. They will turn into a great ‘story you want to tell,’ like I do now. You have enough time to decide if you really want to ‘adult.’ If not, just have the time of your life because nobody shall tell you that life after a breakup is GOOOOOOOD!!

But I can and I will. Because I just did. 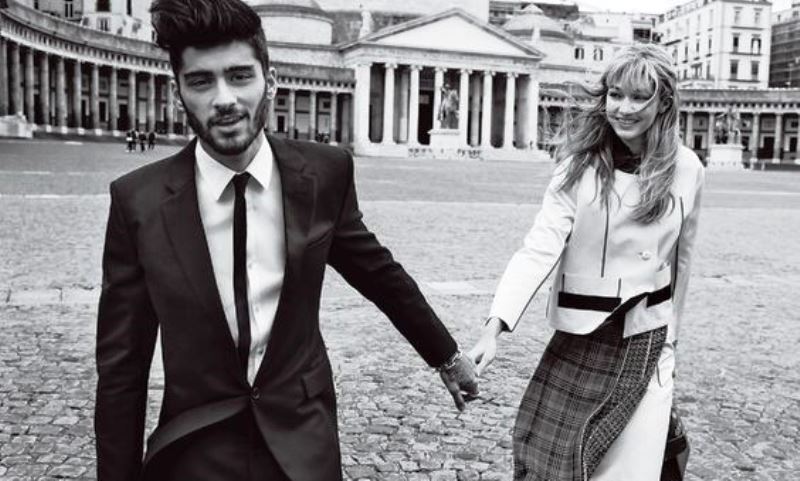 Article Name
The ONLY Advice You Need To Feel Great After A Breakup
Author
Sejal Parikh
Description
Nobody tells you life's GOOOD after a breakup. I am...