5 Things Women Do That Annoy Men No End

Women are fascinating creatures. They have lots of different thoughts running around in their brains. They just can’t seem to stop the multitasking, even inside their heads. They are happy one moment, sad the next; they are frowning one second, and giggling the next. They are complex beings. Don’t try to analyze them; you’ll only fail. Ask any man and he’ll tell you that he could never guess what’s going on in a woman’s head. It isn’t his fault that he can’t understand it; women are the way they are. Won’t do you any good trying to dissect a woman’s brain.

If you do try it, good luck with that! And let me know what you find out.

Anyway, as complex and fascinating and beautiful as women are, they do sometimes annoy the crap out of their significant others. Here’s a list of all the things women do that annoy men:

1. Taking an eternity to get ready

This is a point of contention for many couples, I bet. Men get ready in a jiffy; all they have to do is pull on a pair of trousers and button up a shirt, and voila! They’re ready to roll. But women’s wardrobe is not so easily tackled. She suddenly goes into a panic attack that she ‘doesn’t have anything suitable to wear’ on that particular occasion. Well, after coming out of the panic attack, she pairs her knee-length classic LBD with a pair of six-inch stilettoes, puts on makeup – which just has to be perfect, accessorizes her look with a satin clutch, sparkly bracelets, dangling earrings, and a simple silver chain around her neck.

Ufff! This is too much work. But the one thing that might avoid all this is to plan ahead. Although last minute invitations and parties do come up from time to time, effective time management on the lady’s part is the key to a happy boyfriend/husband.

Suggested read: 6 important things every woman MUST know about choosing the right bra

Men have massive egos. During primitive times, they stroked their egos by hunting and gathering food for their females. They found satisfaction by bringing in the food and protecting their families. But since a family dynamic has changed drastically from the primitive ages, men have found other ways to stroke their egos, i.e., shooting people up, and killing imaginary enemies, and protecting their fake realms in video games or computer games.

Men absolutely, positively, hate being disturbed when they’re on their adrenalin-pumping, noisy, ego-stroking sojourns in the make-believe world of games. So ladies, take a hike while your man is on a major ego-trip. They’ll find you once they’re done with their ego massage.

Any relationship weathers its crests and troughs; no relationship is immune to them. And both men and women have different ways to deal with these ups and downs. While most men become aloof and distant, women want to talk about what went wrong and where and when, mostly with their BFFs and/or close family members.

Of course all women don’t do this. But those women who do do this, need to understand that these extraneous people aren’t in a relationship with your guy. YOU are. Talking about it and sorting it out between the two of you is the best option there is. Nothing ever good has happened by airing your private laundry in public.

4. Trying to change your man

Albert Einstein famously said, ‘Women marry men hoping they will change. Men marry women hoping they will not change. So each is inevitably disappointed.’ So, if you’re one of these women who is trying to change your man, forget about it. You fell in love with that person for a reason. For his passions, for his interests, for his personality, for the way he is.

Pushing him into doing something he absolutely doesn’t like or doesn’t want to do, is a big no no. And trying to change them into something “better” is a fantabulously bad idea. Who died and made you the judge of what’s good and what’s not? Just leave them be, ladies.

5. Places men should never be dragged to

If you’re one of those ladies who loves shopping, well and good. Go on a retail therapy jaunt with your girlfriends. Men don’t know anything about clothes or accessories anyway. Why make them miserable, who in turn sulk because they’d rather be chewing nails to pass the time, than wait for their girlfriends/wives outside dressing rooms impersonating a clothes rack. Or perhaps you two could find a middle-ground, where he goes to the games arcade or looks at power tools, you could finish your shopping in peace.

Not just shopping, but even going to places he has no interest in, like poetry reading, or a pottery class, for example. Granted, that some men do enjoy these things, but their number is too few. The same way you’d get bored at a cricket match, they don’t want to get bored doing stuff they don’t like at all.

Ladies, beware of these annoying habits. Although your man might initially put up with them due to the halo effect, as time passes, these seemingly small things become insurmountable. 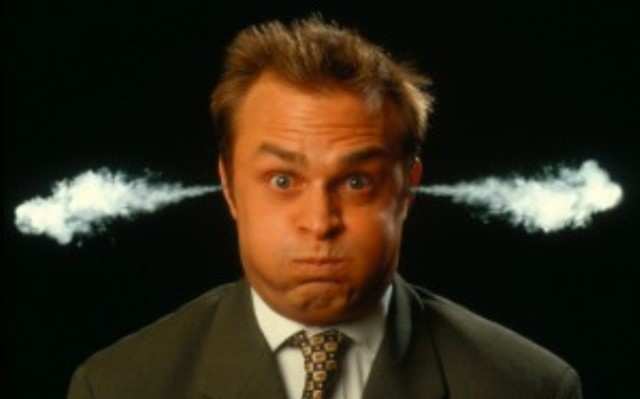 Article Name
5 Things Men Find Annoying In Women
Author
Chaitra Ramalingegowda
Description
What quirk or trait of a woman does a man find annoying no end? Here's a lighthearted attempt at deciphering some of those annoying quirks.