Is It Ok To Cheat If Your Partner Doesn’t Know About It?

During the days when I had just joined the corporate world, there was a member of our team, a married man, who was very hard working, a workaholic, in fact. He spent a good deal of time at the office, mostly in the company of other workaholics, most of whom were young and unmarried. One of them was a young woman who reported directly to him, and the two of them worked in close quarters on the same project for several weeks. It didn’t take long for the good rapport to turn into friendship and then something more, even though it wasn’t physical. When asked is it ok to cheat, the woman replied that it wasn’t a big deal, since it was just a ‘harmless’, ‘emotional affair’. For him, the office and home were two separate worlds, and one didn’t have to mix them both. Needless to say, it escalated quickly, with trouble at home causing the man to leave and join another team.

What is the difference? Is one better than the other? This is a pretty controversial topic, so let’s break it down for you.

An emotional affair is an affair that does not involve sex. It usually starts off very innocently between acquaintances, builds up to friendship, and then evolves into a deeper relationship. Soon, the person involved finds that he’s disclosing more about his feelings to his paramour rather than his spouse/partner. It’s a little harder to draw the line between good friendship and an affair here. Emotional affairs are usually between people who regularly meet, like in an office or during long commutes, or even online, between people who have never even met.

A physical affair involves sex, obviously. It may or may not include emotional involvement and can be based purely on a mutual feeling of lust or instant chemistry. It can also be a ‘friends with benefits’ kind of arrangement. There is the question of opportunity, so it’s usually between colleagues or common friends or in case of one night stands, strangers. Unlike emotional affairs, there is no confusion about when a physical affair has taken place. Emotional affairs often do lead to physical affairs. 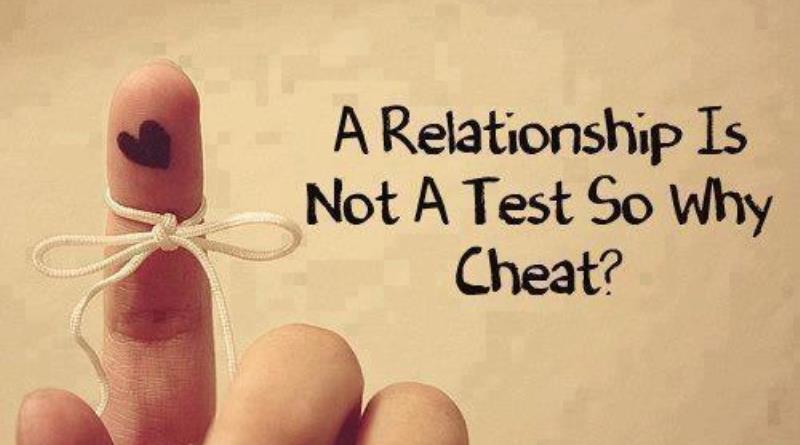 So why are we even discussing a topic called is it ok to cheat? – isn’t there a blanket ban on cheating? The thing is that, it’s not that simple anymore. Men and women work together in jobs that demand long hours, so much so that they spend more waking hours at work than at home. Devices like smartphones have made it a lot easier to cheat without anyone finding out. There are even so called ‘experts’ who suggest a little bit of flirting or ‘outside action’ to spice up their primary relationship.

Cheating has also become more commonplace, so to speak. Close acquaintances are doing it, movies depict it, sometimes in a positive light, and celebrities have been doing it for a long time now. All the clubbing and partying that’s so popular these days involves intoxication, lowering inhibitions, and providing opportunity. But the root cause may be that relationships today are shallower, and people themselves are dissatisfied and constantly searching for something else.

So, when is it ok to cheat? The honest answer – never. No number of excuses can justify cheating on your steady partner. It is NOT ok to cheat, and anyone saying so is deceiving himself/herself. If you still need proof, here are 10 reasons why it’s not ok to cheat on your partner, inspired by taglines of popular movies on cheating.

10 reasons why it is NOT ok to cheat

First of all, cheating isn’t easy, no matter how anyone may make it appear to be so. Keeping it hidden is extremely stressful, as there is no knowing when this information can leak outside. A team of neuroscientists at the Molinette Hospital has conducted a widespread study of migraines, and the worst affected were ones having secret affairs. The stress of maintaining a secret lover while keeping things normal on the home front eventually takes its toll on the cheater.

2. ‘Welcome Home. Get Uncomfortable’ (This is Where I Leave You)

A secret affair cannot stay secret for long, whatever kind it is. And when it comes out in the open, some of the most affected people are kids, of any of the parties involved. Kids often think of their parents as invincible, as people who can do no wrong. When a major betrayal like this is brought out into the light, it shatters kids’ impressions of their parents. For some, it makes them cynical of relationships, and others tend to repeat the same patterns in their own adult lives.

Despite all the celebrities who have affairs and get away with it, adultery is still frowned upon by society. A reputation as a cheater can affect your credibility, and this can close opportunities that were otherwise well deserved. Cheating is an indication of dishonesty and lack of integrity, and most employers would think twice before hiring someone with such qualities. And if you’re in a career that depends upon people’s approval, like politics, then God help you!

4. ‘A mistake he’ll regret … FOR THE REST OF HIS LIFE.’ (Fatal Attraction)

Not just the movie Fatal Attraction, Hollywood has numerous examples of scenarios where cheating can be dangerous! Cheaters are caught between two worlds, and no matter what they do, someone is bound to get hurt. And there’s no saying what the hurt party can do, especially women. After all, hell hath no fury like a woman scorned! Even if the spurned partner doesn’t start killing people as vendetta, he or she could also turn a blackmailer and ruin everything the cheater has built so far.

5. ‘Our memories make us who we are. You can’t change the past.’ (Eternal Sunshine of the Spotless Mind)

There is only so long that you can keep up a ‘playboy’ image, before it starts to wear out. And soon there’ll come a point when a serial cheater will regret the past, probably when he finds himself without a trustworthy and reliable partner. Cheating will leave a person with memories that are associated with some excitement, but mostly negative feelings like stress, guilt, disappointment, and regret. It’s not really a great way to spend one’s old age, when looking back on how the ride has been. 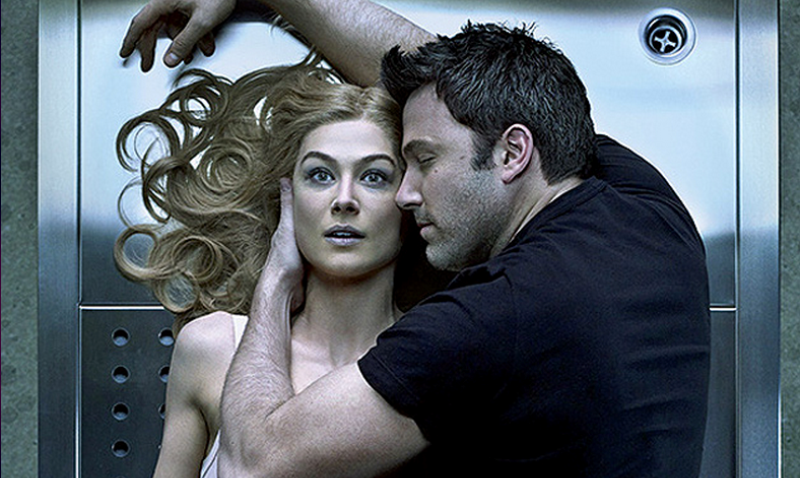 One thing most people crave for deep inside is someone to share their joys and sorrows with. So many people who are looking to cheat on their steady partners do so out of boredom or sheer opportunity, and this costs them a relationship that is actually more valuable to them than they realize. The sad part is that most marriages that encounter an affair do end in divorce, so regret is a very real feeling for most cheaters.

7. ‘Sometimes the greatest journey is the distance between two people’ (The Painted Veil)

Most affairs, especially physical ones, occur when the person concerned isn’t thinking clearly, probably due to intoxication of some kind. But emotional affairs are a different story altogether, and for the large part, the cheater doesn’t realize how much he or she is hurting their partner. People who cheat on their partners don’t necessarily hate them, and subjecting an otherwise good person to such deceit leaves a mark on their psyche, and they lose some of their best friends in the process. 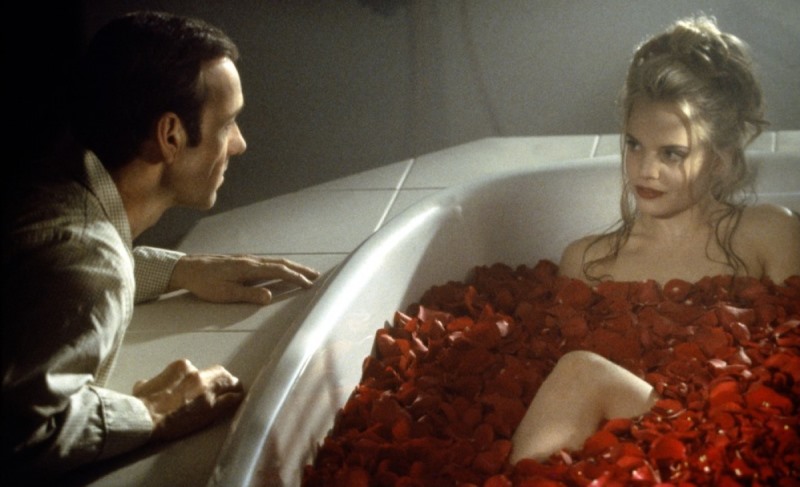 Many experts say that the increase in affairs today is due to a certain restlessness people feel, the search for something more meaningful in their lives beyond a great job and a big house. So ultimately, cheating in such cases is a symptom of a deeper problem, for which innocent parties have to pay the price. But an affair never solves anything, and the underlying issue just continues without being addressed properly. 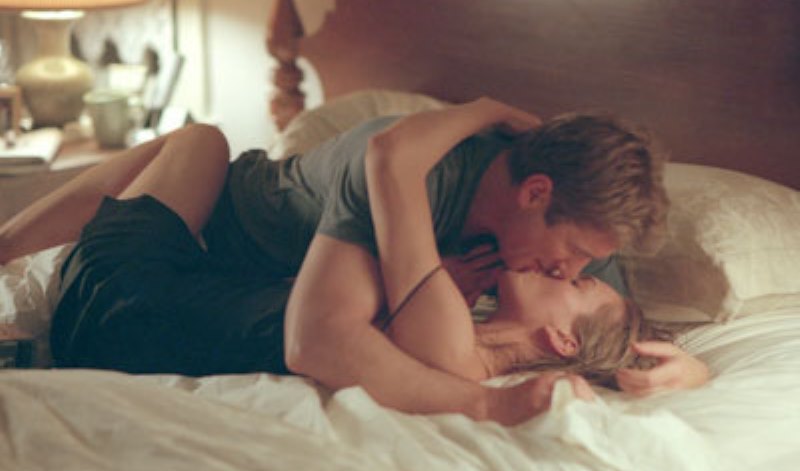 We mentioned earlier how cheating can ruin a person’s reputation for them, especially in social and professional circles. But what about self-respect? Cheating indicates a flaw in one’s character, and most people know this, however much they may deny it. A mental weight like this sits heavy on a person’s core values, and he has to constantly fight against this inner mass that pulls him down.

10. ‘The end was just the beginning’ (The End of the Affair)

Many people claim that they were led into the arms of another man/woman because of depression. While that is more of an excuse than a reason, vice versa, there is more truth. Experts say that nearly all people who cheat on their partners experience great levels of stress, with nearly half of them going into depression. The net effect of everything we mentioned above can lead to this dismal reality, as all the stress of hiding, of a possible divorce, of children, of career prospects and more take a severe toll on a person’s mental well being. If left untreated, it can also result in more serious consequences like suicide.

As you can see, whether your partner is aware of your dalliances or not, there is just one answer to the question, is it ok to cheat –  it’s NOT. Regardless of how it may appear, there are other options. If you feel that your relationship has reached a rut, work on it; even the most well matched couple need to put some effort into their relationship. If you have compatibility issues, talk to a counselor and take it seriously. If you’re absolutely sure it’s not going to work out with your spouse, consider a proper separation or divorce, after which you can each go your own way. If alcohol is a problem, abstain from situations which center around alcohol. With all these options available, there really is no excuse to justify something as unacceptable as cheating. As Stephen Covey says, “The more people rationalize cheating, the more it becomes a culture of dishonesty.” So whatever you do, you have no right to hurt another person’s love and trust; just be true to yourself and your partner, and do the right thing.

Article Name
When Is It Ok To Cheat On Your Partner?
Author
Fabida Abdulla
Description
When did it become ok to cheat? Never was and never will. The answer to the question - is it ok to cheat - is NEVER! Read on to know why that is.