When You Are A Broke Boyfriend…

Broke boyfriend has a certain ring to it. Guys have a lot of reasons to save their money, and one of them is bankrolling their girlfriends- I mean, mostly stacking up on wads of green so their girlfriends can make other girls turn a rich green in envy of their oh-so-lavish boyfriend! But little do they know the woe behind all that dough! 😉

Reality is- I have a rich girlfriend and my girlfriend has a broke boyfriend! 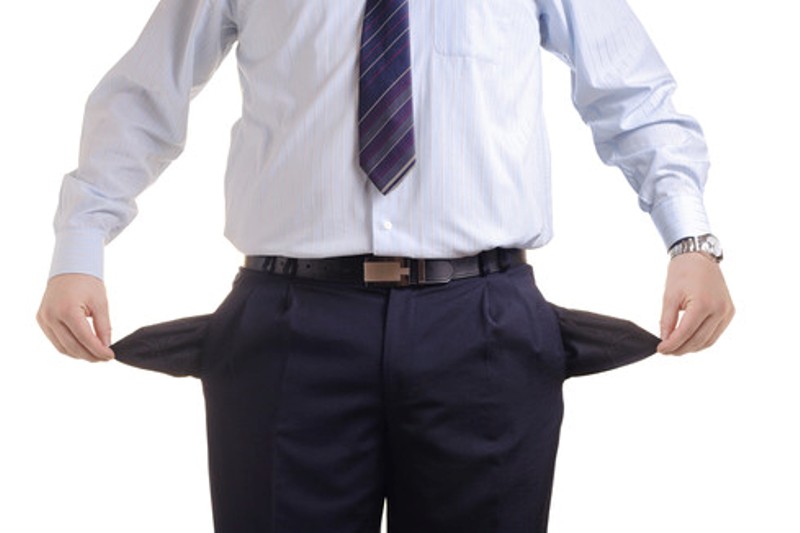 Now don’t get me wrong- not that we don’t like spending money on our loved ones, it’s just that sometimes the demand oversteps the supply and  most of our time is spent broke – wondering where all the money went. And as a boyfriend who spends all his time broke, I can tell you how the vicious game has spiraled down further through several stages in life:

I don’t really like clubs. Drunk men floundering about, desperately trying to tell themselves that they are dancing – isn’t really my idea of fun. But my girlfriend swears by them. My idea of a weekend is to snuggle up under the covers and watch a good movie on TV.  Hers is to spend some fat wads in a club dancing to music which barely qualifies as music. She will not have any drink which doesn’t end with “tini” and as a result, I had to save up a week of pocket money so that I could pretend to exist while the other guys hit on her in the club.

Let’s get it clear. Sweating in a crowded bus while your girlfriend takes an AC cab isn’t the best feeling in the world. In her defense, she didn’t know that I had been riding buses, taking autos and walking to all my destinations just so that we could go to the 7.50 show and sit on the sofa with all those fancy buttons (yes, we had matured (apparently) and gravitated toward this rather civil dark room with people instead of the smoky, disco-light studded club). One ticket cost more than my transport allowance, and I had to make do with sniffing other people’s armpits as I hung onto dear life for the next one week. And  I didn’t even like the movie. And she wouldn’t even make out because she would miss out on the movie.

My idea of a dinner date is a home cooked meal, one which is easy on the pocket. But the thought is what really matters. But my girlfriend can’t go without having dinner at a restaurant AT LEAST once a week. And it cannot be any dhaba, it has to be a restaurant. So I have to work overtime (c’mon- am just a fresher working at a just-out-of-college job) to make sure she can have the dishes which no one can pronounce. While she looks at the left side of the menu card, I look at the right. I end up having the salad while she has the four course meal with champagne.

My girlfriend has really high expectations of me. So when she asks me to plan her birthday, I know I will have to lose an organ. So after successfully getting a surgery, I could afford to book the nightclub she wanted. I also managed to get her a silver pendant. Due to the surgery, I could not have the super extravagant food and liquor at the party. However, she had a good time. That is all I tell myself as I cried myself to sleep. The pain was unbearable.

The only way that I can afford the five star suite which she expects me to book for our anniversary is if I rob a bank. I have been religiously watching heist movies to get some inspiration, but it isn’t really helping me. On top of that she wants a luxe custom chocolate cake from the best bakery in town, and the prices will not burn holes in my pants- they will snatch the pants off me! Not to speak of the diamond ring which she pointed out on the streets. A robbery is the only way, and I don’t care if you do not understand my plight. I have to go through with this alone.

Suggested read: This A-Z lesson on FemiNazis will show you how feminism is abused

I return to banks this time, with a more legal plan of action. She wants a backpacking trip– and I think of Kullu Manali, while she thinks of Paris. As my lower abdomen begins to ache, I realize I don’t have another kidney to lose. And so I go to the bank and try to convince them to give me a loan. The negotiations are still going on, while she is busy shopping for the trip. With the cash leftover from the overtime binge!

But hold on all you proud (or not) members of the broke boyfriend club- they say every dog has his day- or so I’ve heard! 😉

Article Name
When You Are A Broke Boyfriend...
Author
Debroop Basu
Description
I am a broke boyfriend..and I feel you, bros..if you are broke too!