Why Being A Woman Who Is 30 And Single In India Is A CRIME!

If you’re a single woman in India, and you’re 30 years of age or are nearing that dreaded number, then you’re DOOMED. Your parents are frantic to find you a ‘suitable’ groom (who is so-so to look at), with a good education (a premier institution gets you brownie points), an amazing career trajectory (your parents want you to have the stay-at-home option post wedding), and a cultured family (after all, a marriage is the amalgamation of two families, more than two individuals deciding to spend the rest of their lives together).

Although your parents start with these basic criteria to look for that elusive unicorn of a groom, these oft-repeated ‘rigid’ rules start to lose their shine as the ‘bride’ starts to advance in age. In fact, the adherence to these criteria is often inversely proportional to the bride’s rapidly advancing age. And once she hits that dreaded three-oh, they become so desperate that they leave all the ‘rigidity,’ and seemingly stick to just one criterion to get their daughter married off – that the groom is actually a walking, talking MALE of the human species! 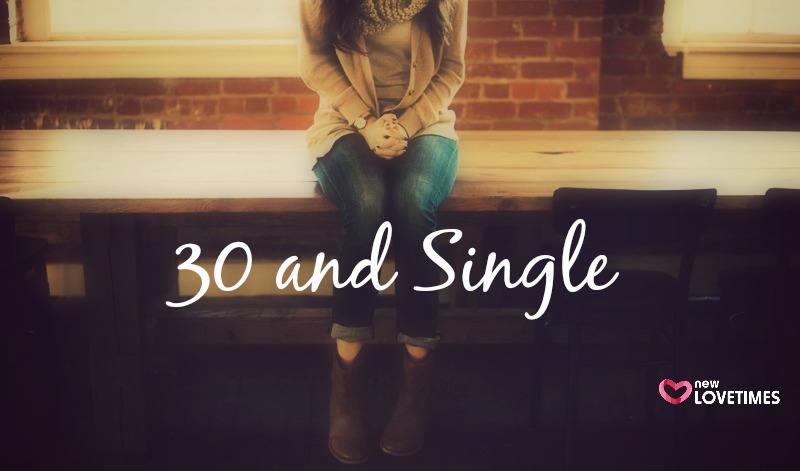 Okay, okay, most parents don’t go to that extreme, but you can only imagine the pressure that is put on the girl to say YES to that one poor chap who is in his mid to late 30s, slightly balding (perhaps), with a dubious degree in management from an obscure college from a tier-III city, all because there are no ‘suitable’ alliances coming her way. Because of her ‘advanced’ age, you see.

Parents (and society in large part), make it seem like being 30 and single is an offence, nay, a CRIME, which can only be remedied by getting her married off to the first ‘available’ groom. As if nearing or being 30 and single is like putting her on death row, where she awaits her execution date, a day she gives the green signal for the marriage ceremony. As if being 30 and single is like having a terminal disease a la cancer, which will make her seem less and less marriageable as the time goes on. The social conditioning is so great, that even she, the liberal, independent – financially, emotionally, and intellectually, strong-minded woman, starts to think that there is something inherently wrong with being 30 and single.

In their quest to see their daughter married off, parents sometimes lose sight of the most important things – whether or not she would be happy with the person they’re choosing to marry her off with; would he be compatible with her life choices, interests, passions, etc., – things that make a marriage WORK, after all the festivities and the fluff gets over; would he be able to keep pace with their daughter – emotionally, intellectually, and mentally. It’s not just enough for the guy to be GOOD; he needs to be the RIGHT one for the girl. I think this is where the generation gap seems like an impassable chasm between parents and their kids.

While the parents are looking at one set of criteria, the girl, the woman who actually needs to live with the guy, spend time with him, start a journey with him, build a life and a family with him, has a whole slew of other criteria altogether. Now, it’s not to say that either of them is wrong; it’s more of WHAT is right for WHOM. How does either party find a consensus?

There isn’t one; it’s just a leap of faith that one has to take, and take the plunge.

And if the parents aren’t ‘successful’ in finding a suitable groom (as if it’s a competition and finding a well-heeled man gives them an edge over others), they relax their rigid caste, community, religion rules, just so they can say that their daughter is married. This relaxation in rules allows the girl to meet a lot more potential ‘grooms,’ but that’s a minefield of another proportion altogether, that she needs to navigate carefully.

Speaking about leaps of faith, why is it that a girl’s parents not ready to listen to her when she says she doesn’t want to get married to a dude just because they said so, and put all of their hopes on the limited information and facts about the guy and his family that they have gathered? How is this fair or even justified? I mean, she’s your daughter, whom you have raised since infancy, guided through adolescence, and into adulthood, to become an independent-thinking, strong, liberal woman. Why oh why do parents NOT listen when she says she doesn’t think the guy they have chosen for her would be ill-suited as her life partner? Why oh why is she blamed for thinking for herself, knowing her own mind, and being self-aware, while all through her life these very parents wanted her to become so? Why oh why are they so afraid of societal judgments and scorn and prejudices, when it’s the matter of their daughter’s happiness?

Is it because they care more about what society, their peers, their friends, their extended family members think about them, rather than what their daughter thinks and wants? Is it because they want to wash their hands off their daughter, who seems more and more like a burden rather than an asset as time goes by? Even though she isn’t relying on them for anything besides emotional support and solidarity? Is it because having an unmarried, 30-year-old for a daughter is a shameful thing in this rigid society we live in? Is it because people whisper and point and scoff at the parents’ inability to get a groom who meets their daughter’s supposed ‘high’ standards?

For a second, imagine this scenario: The parental units have successfully gotten their daughter married off to a ‘suitable’ groom, despite her saying NO initially. They cajoled her, coaxed her, bribed her, even threatened her – a combination of all of these must have happened, or she could have said YES just to get her parents off her back, without having the heart to disappoint them. But, to her great dismay, she finds out that her now-husband, is not only ill-suited for her, he is the very opposite of what she had envisioned her life partner to be. She despairs, her parents become aware of her despair, which leads them to despair. In essence, everyone involved is miserable. Is this worth it? Just to shut down a few critics, who don’t have anything better to do than to comment on all the holes in others’ lives? Is it worth it? Really?

Isn’t it wise to wait for the RIGHT person, rather than just a GOOD man to get your daughter married off? Isn’t it wise to weigh in your daughter’s inputs rather than steamrolling her and her choices in the matter, just because she has crossed the ‘acceptable’ age for marriage? After all, it is she who needs to put her faith and be willing to make the relationship work; not the parents themselves. Why can’t they see that? Why?