An infection caused by Staphylococcus, MRSA or Methicillin-resistant Staphylococcus aureus, is highly contagious. The bacteria that causes MRSA can resist many antibiotics because it has evolved through their use. However, these home remedies for MRSA can help you deal with the infection very effectively. 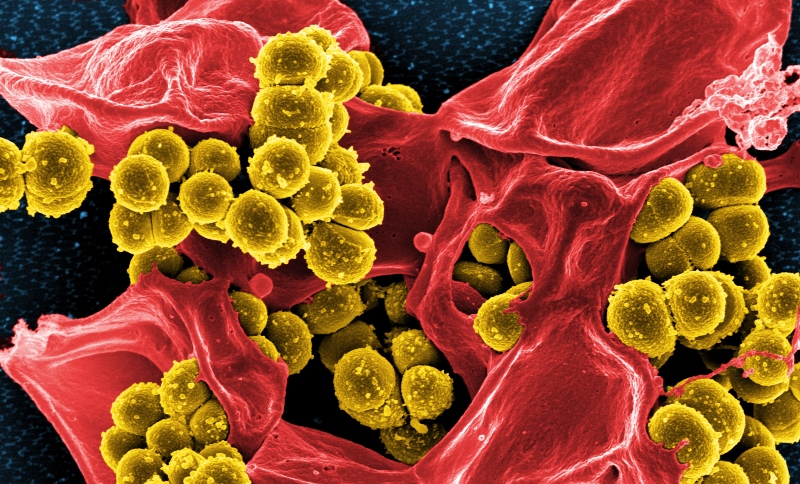 Staphylococcus is found around the nose and also on the skin. Generally, it causes no harm, but if they multiply uncontrollably, then the infection spreads in no time especially if there is a cut of any kind.

According to statistics, every one in three people has the bacteria that causes MRSA in their nose.

The symptoms as well as risk factors of the two kinds of MRSA vary.

If the hospital acquired MRSA is not treated quickly then it can cause illnesses like,

The symptoms of community acquired MRSA include infections on the skin, especially the areas that have more body hair. Also, the area that is affected will be warmer compared to other parts of the skin. Other symptoms include rashes, red bumps, swollen bumps, that look like a spider bite. Puss might come out of these little boils that resemble a pimple.

People who are most likely to contract hospital acquired MRSA are older adults. This is because they have weaker immune system. Also, people who are hospitalized might contract this disease. Those who have been admitted to a medical facility for a long time are also more likely to get this kind of MRSA.

Those who participate in sports that involves contact between people are likely to contract this kind of MRSA. Also those who live in crowded areas or in unsanitary conditions run a higher risk of getting infected with community acquired MRSA.

Here are 10 natural treatments you can try to treat MRSA effectively.

The first remedy on this list is warm compresses. This efficiently heals the red puss-filled bumps that are commonly seen in the case for community acquired MRSA.

Warm compresses are effective on MRSA because the heat causes the blood to flow to the infected area, and this helps destroy the bacteria that has caused the infection.

Warm compresses also aid against inflammation and soreness in general.

All you need to do is heat a bowl of water, and to it add a teaspoon of common salt. Now stir it properly. Take a clean and soft washcloth and soak it in this saline water. Wring out the excess water and press the washcloth on the infected skin. You need to do this until the pus drains out. Now clean the area and apply some medicated ointment. 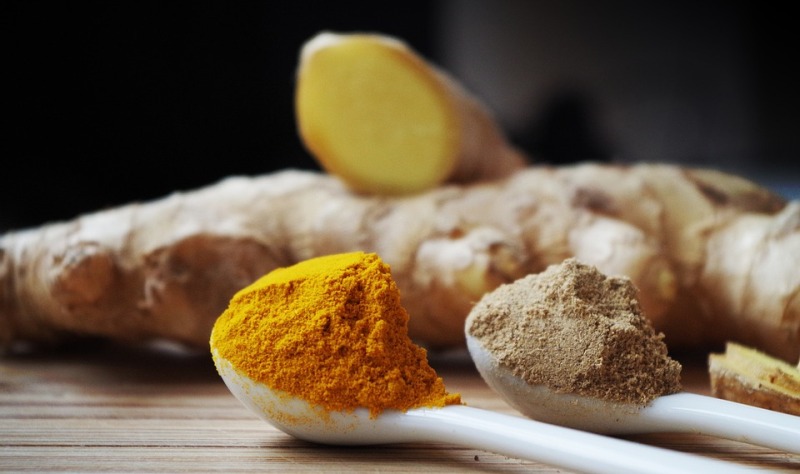 The next remedy on our list is turmeric. The curcumin in turmeric is antibacterial and anti-inflammation which makes it such an amazing remedy for community acquired MRSA.

The antiseptic property of turmeric ensures that the infection does not spread to other parts of the skin.

To use it as a remedy all you in to do is take a tablespoon of coconut oil and to it add a teaspoon of turmeric powder. Now mix the ingredients well and apply the paste to the infected skin. Using a bandage, cover the area. You need to keep changing the bandage every day, until the infection is completely cured.

The next remedy on our list is aloe vera. This antibiotic agent cures the drug-resistant bacteria that causes MRSA in no time.

Aloe vera also helps cure the symptoms that are associated with MRSA, in general.

To use it as a remedy extract aloe vera gel from a fresh and succulent leaf of aloe vera. Now take two tablespoons of this gel in a bowl. To the gel, add three teaspoons of natural turmeric powder. You need to mix the ingredients well to form a paste. Apply this paste evenly on the infected area. You should cover the area with a bandage. You need to continue changing the bandage until the infection is cleared. 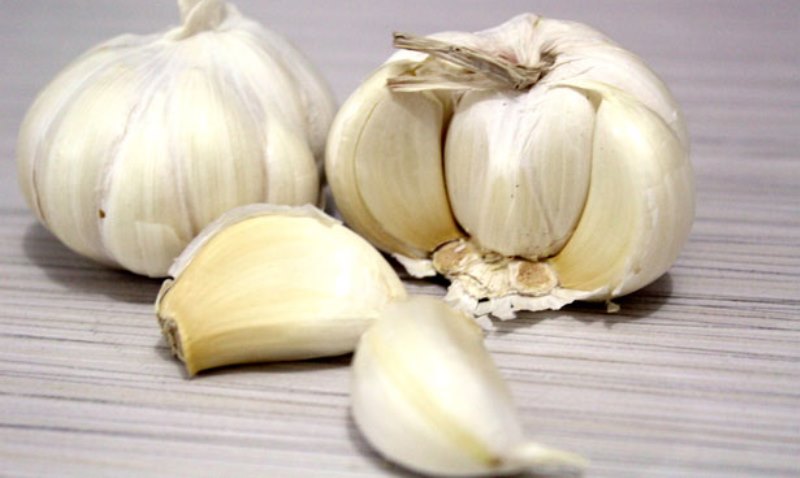 The fourth remedy on our list is garlic, which contains natural enzymes that balance our bodies pH level and thus works effective as an antibiotic. The allicin in garlic is what makes it such an incredible antibiotic.

To use it as a remedy, first clean the infected area with a medicated soap. Now apply garlic oil on it and cover with a clean bandage. Keep changing the bandage until the infection is treated completely. 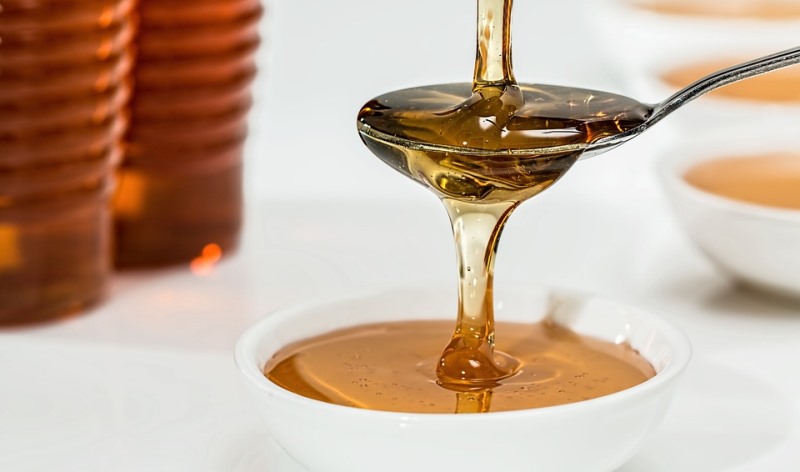 Honey is antibacterial and heals infections in no time. That is why it is so effective on MRSA as well.

According to a study conducted in 2011 and published in the Journal of Antimicrobiology and Chemotherapy Manuka honey stops the multiplication of the bacteria that causes MRSA, thus preventing it from spreading.

To use it as a remedy, all you need to do it apply some Manuka honey on the infected skin and let it sit for a couple of hours. Now rinse out the honey with lukewarm water.

Oil of oregano is a very popular home remedy against many harmful bacteria. It also works effectively against bacteria that are antibiotic-resistant.

Since the oil of oregano is antibacterial in natural it kills the bacteria that caused community acquired MRSA and prevents it from spreading further.

Also, the oil of oregano is antiseptic and anti-inflammatory so it has a soothing and calming effect on the MRSA infected and irritated skin.

According to study conducted a couple of years ago by the Georgetown University Medical Center, oregano oil contains a chemical called carvacrol that can reduce infection caused by staph.

To use it as a remedy, all you need to do it take 2 tablespoons of olive oil in a bowl. Add 10 drops of oil of oregano to this olive oil and mix well. Now apply the mix on your infected skin. After a couple of hours wash off the oil with lukewarm water and pat the area dry with a clean soft towel. You need to do this thrice a day for as long as it takes for the infection to heal.

If you are pregnant, then avoid using the oil of oregano and try other remedies on this list.

The next natural treatment in our list involves colloidal silver. This is an alternative medicine that can control the infection caused by staph bacteria. MRSA being one such infection, colloidal silver treats it effectively.

According to a study conducted a couple of years ago and published in the International Forum of Allergy Rhinology, Staphylococcus aureus experiences direct bactericidal effects when it comes in contact with colloidal silver particles.

To use it as a remedy, wash the affected area first. Use a medicated soap to clean the area. Now pat it dry. On the infected area apply two drops of colloidal silver. You need to cover the area with a clean bandage. You should change the bandage two times every day until the MRSA infection is treated. 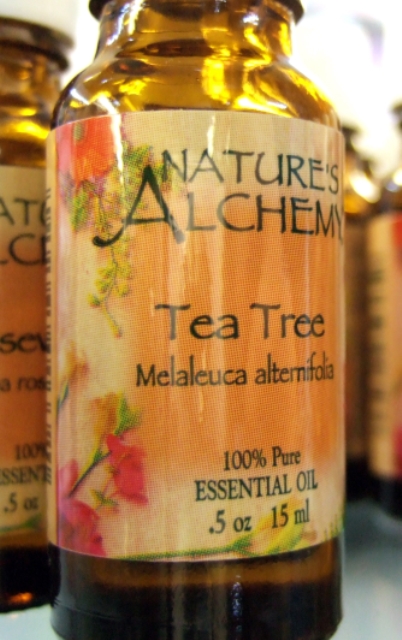 The last remedy on our list today is tea tree oil which being a very powerful antibiotic can heal MRSA infections in a jiffy. Tea tree oil is also antioxidant in nature which makes them soothing on infected and irritated skin.

To try this remedy, you need to take a teaspoon of olive oil and to it add three drops of tea tree oil. Now mix the two types of oils and dab on the infected skin. You should leave it on for a couple of hours after which rinse out with lukewarm water. One should repeat this remedy three times a day

You can also add three drops of essential tea tree oil to your bath water and enjoy a soothing bath. This can be done as a preventive measure.

Suggested read: 12 Of The Most Effective Home Remedies For Urinary Tract Infection

If you have an open wound, then do not dab the oil on it directly.

That is all we have on the home remedies for MRSA. Do you think this post was helpful? Do you have some suggestions for us? Let us know in the comment section below.

You can also subscribe to our daily newsletter for posts on health and well-being to be delivered directly to your inbox.

See you again tomorrow with a new set of remedies for a general medical condition.

Article Name
8 Best Home Remedies for MRSA
Author
Riya Roy
Description
The bacteria that causes MRSA can resist many antibiotics; however, these home remedies for MRSA can help you deal with the infection very effectively.