The Best Anis Mojnani Poems To Cherish This #NaPoWriMo

In today’s #NaPoWriMo post, we will be celebrating some of the best poems by Anis Mojnani . We hope you will enjoy reading them just as much as I did curating them for you.

This is for the hard men who want love but know that it won’t come
For the ones who are forgotten
The ones the amendments do not stand up for
For the ones who are told speak only when you are spoken to
And then are never spoken to
Speak every time you stand so you do not forget yourself
Do not let one moment go by that doesn’t remind you
That your heart, it beats 900 times every single day
And that there are enough gallons of blood to make everyone of you oceans
Do not settle for letting these waves that settle
And for the dust to collect in your veins
This is for the celibate pedophile who keeps on struggling
For the poetry teachers and for the people who go on vacation alone
For the sweat that drips off of Mick Jaggers’ singing lips
And for the shaking skirt on Tina Turner’s shaking hips
For the heavens and for the hells through which Tina has lived
This is for the tired and for the dreamers
For those families that want to be like the Cleavers with perfectly made dinners
And songs like Wally and the Beaver
This is for the bigots, for the sexists, and for the killers
And for the big house pin sentenced cats becoming redeemers
And for the springtime that somehow seems to show up right after every single winter

This is for everyone of you
Make sure that by the time the fisherman returns you are gone
Because just like the days I burn at both ends
And every time I write, every time I open my eyes
I’m cutting out parts of myself simply to hand them over to you

So shake the dust
And take me with you when you do for none of this has ever been for me
All that pushes and pulls
And pushes and pulls
And pushes and pulls
It pushes for you
So, grab this world by its clothespins
And shake it out again and again
And jump on top and take it for a spin
And when you hop off shake it again
For this is yours, this is yours
Make my words worth it
Make this not just some poem that I write
Not just some poem like just another night that sits heavy above us all
Walk into it, breathe it in, let it crash through the halls of your arms
Like the millions of years of millions poets
Coursing like blood, pumping and pushing
Making you live, shaking the dust
So when the world knocks at your front door
Clutch the knob tightly and open on up
And run forward and far into its widespread, greeting arms
With your hands outstretched before you
Fingertips trembling, though they may be

Suggested read: #NaPoWriMo Some Of The Best Poems By Phillis Wheatley

We once went to bed
Like between the bed sheets was a valley with dinosaurs still breathing
And how we capture these triceratops and brontosauruses
But even they were opened up with the smoke that rose out of the homes and the corners that we once climbed through
The streets and the footballs, which we once threw
The school desks upon, which we once drew
The windows that sat open, through we once flew
Before the outside world of parking spaces and dead friends came flooding on in
And we forgot what we wanted
And we became what we become
Waitresses and bartenders, city employees and temp positions
We are junkies and one kiss poems and we cry the stars
As we write our scars onto dumpsters and electric boxes
Because the only thing that we can hear is our hearts
And the only ones listening are the streets
That the blood that breaths through the letters we leave
And we dream to rise ourselves up out of these burning buildings
But instead we get buried somewhere beneath

Because I know my life is like some high school kids notebook
A high school kid that shuffles back and forth between school and home
Stacking the letters and the pictures too close for anyone outside of his own imagination to read
Because it’s through the ink that his heart beats, that his heart breaths
And we all just wanted to write these notes:

Because we all wanted the love songs to be true
And we did love dinosaurs once
And we wanted the stars to hold our hands
To lick the teeth, to fuck us
But they ended up fucking us
So, let your smile twist
Like my heart dancing precariously on the edge of my fingertips
Staining them like that same high school kid, licking his thoughts
Using his sharpie tip writing

I was here
I was here, mothafucka
And ain’t none of y’all can write that in the spot that I just wrote it in
I’m here, mothafucka, and we all here, mothafucka, and we all mothafuckas, mothafucka
Because every breath I give brings me a second closer to the day that my mother may die
Because every breath I take, takes me a second further from the moment she caught my father’s eye
Because every word I carry is another stone to put into place in the foundation that I’m building
Because the days can erase something that I never saw
What all of us wanted and what none of us got
What we all had and have and what we all forgot
That we all wanted to be something
That we all became something
And it might not be the shit we once though we’d be when we were kids, but something is still something
And like some cats say: something is better than nothing
Feet are smarter than an engine
And dreams are stronger than thighs
And questions are the only answers we need to know that we are alive as I am when I have the mind of a child
Asking, why is 2 + 3 always equal to 5?
Where do people go to when they die?
What made the beauty of the moon?
And the beauty of the sea?
Did that beauty make you?
Did that beauty make me?
Will that make me something?
Will I be something?
Am I something?

And the answer comes: already am, always was, and I still have time to be

I’m thirty years old and I’m trying to figure out most days what being a man means.
I don’t drink, fight, or love, but these days, I find myself wanting to do all three.
And I don’t really have a favorite color anymore, but I did when I was a kid,
and back then, that color was blue.
And back then, I wanted to be an astronaut, I wanted to be an architect, an artist, a secret agent, a ranger for the World Wildlife Fund, and a hobo.
And when I was six years old, I used to always throw my clothes into my blue and yellow, plastic and vinyl, Hot Wheels car carrying suitcase and run away to beneath the dining room table.
I’ve made out with more girls than I wish I’ve had and not nearly as many as I’d like to.
I’ve fallen in love 4 or 5 times so I doubt I’m going to try that much more often.
And I spend most days making pictures or thinking about making pictures,
or masturbating or thinking about masturbating,
and I dream too much and I don’t write enough,
and I’m trying to find God everywhere.
I’m trying to figure this thing he made called a man.

And the television, it tells me that that’s bare-knuckled bombing,
and if I drove a tank or was a movie star, my penis would be huge!
And that’s what I want because that’s what being a man means,
or at least that’s what they keep telling me.
My pops,
he takes care of us.
He puts the garbage out twice a week.
He drives forty-five minutes just to water flowers.

I’m sitting on the bus when a seven year-old boy carrying a book of Robin Hood, he sits down next to me and asks me my name.
“Anis.”
“That’s a nice name.”
“Thank you, what’s yours?”
“Quentin.”
“Anis, do you want to read with me?”

So tell me what my fists keep writing.

My fingers, they open up like gates when I write and the wind is swinging in the wake.
I lift bridges with poems and forests grow in my mother’s eyes.
I’m looking for God, Quentin.
While this world tries to forget you for trying.
For Quentin, this world hates your eyes; for they are small and pure.
And Quentin, this world hates your fingers; little like the stems of flowers
for not being able to pick up the things you have left behind, simply because you are still learning to do so.
I don’t drink, fight, or fuck but these days, Quentin, it’s only two out of those three I don’t do.
And I’ve fallen in love six, seven, eight, nine, ten times, Quentin;
so I don’t want to, want to, but I still do.
And I want to find God in the morning, and in the tired hands of dusk.
At the mouth of the river and down by it’s feet.
But instead, I drive sixty through residential streets,
praying to hit a child,
so that they may stay forever an angel,
and stay forever full of night, and light, and crayons, and simple outstretched limbs trying to pick up way too much way too fast, forgetting what it means to be a person.
In a world where egos are measured with tabloids,
where automobiles double for morals,
where beliefs are like naps, and you leave them behind when somebody touches you.
And in a place where oil always takes precedence over life,
I find myself sitting on a bus, watching this small boy float down like fresh water,
carrying a book I used to,
asking if I want to see what he sees if only for a little while, and I do.
And then asks if I want to give to him what I see if only for a little while, and I read to him.
Then says to me he’s going to show me the world.
And starts reading the sentences himself, his hands dancing back and forth, across the pages, stumbling over words, skipping over lines, because his fingers are moving faster than what they’re showing his eyes and I wanna tell him, “Slow dooooown, Quentin.”

You don’t have to touch and go.
You can see it all if your finger whispers on one word.
Slow down,
and hold what you see just a little while longer.
For in a world of fast faces, I’m looking for God everywhere,
trying to figure out a little better this little thing he made called a man.

Suggested read: #NaPoWriMo Some Of The Best Poems By Claude McKay

This is all we have on today’s post on the Best Poems by Anis Mojnani. This is, however, not an exhaustive list, and if we have missed out on some of your favorites, then please feel free to add them in the comment section below. 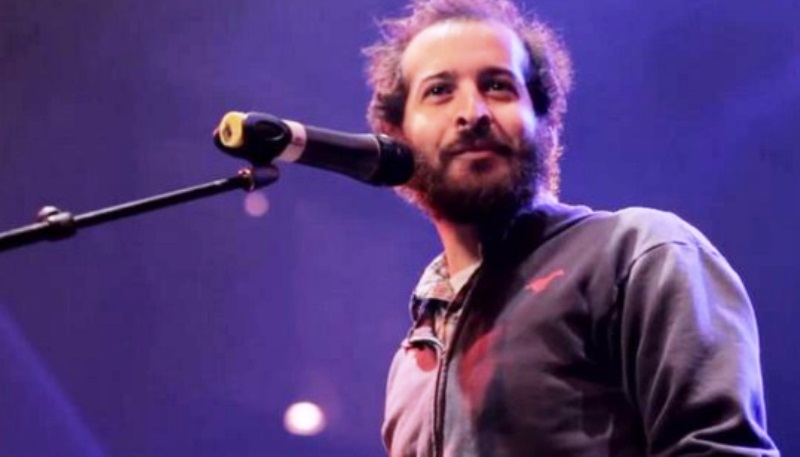