Ulcer pains can be terrible, but did you know they can be treated with simple yet effective natural remedies?

A gastric ulcer (generally called stomach ulcer), develops along the stomach lining. It is a lesion that can develop near the upper portion of the intestine too. 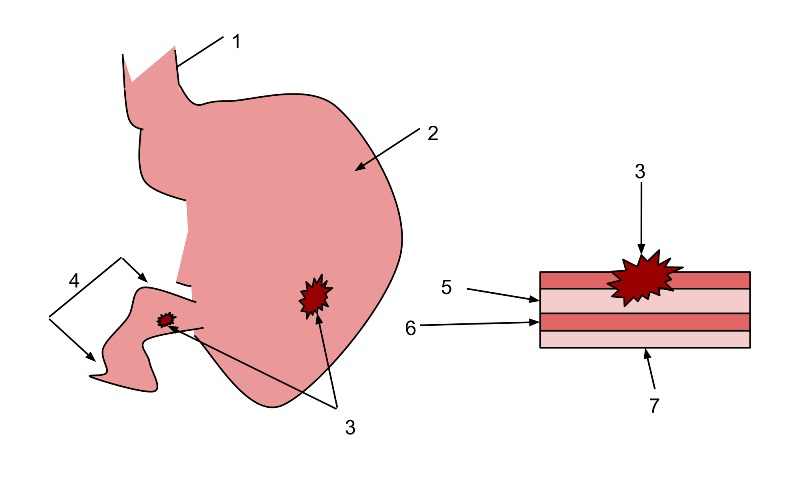 The American Gastroenterological Association states that more the 4 million people in the US have gastric ulcers. To make it easier for you to understand, one in every 10 person has gastric ulcer.

Suggested read: 12 Of The Most Effective Home Remedies For Mouth Ulcers

Gastric ulcers are caused by irritation in the inner lining of the stomach or upper area of the intestine, due to the acid in the stomach.

This is caused by a number of factors, such as,

According to the Mayo Clinic,

“The most common peptic ulcer symptom is burning stomach pain. Stomach acid makes the pain worse, as does having an empty stomach. The pain can often be relieved by eating certain foods that buffer stomach acid or by taking an acid-reducing medication, but then it may come back. The pain may be worse between meals and at night.

Nearly three-quarters of people with peptic ulcers don’t have symptoms.”

The other symptoms are,

Stomach ulcers can affect people of any age. Also, there is no proof that the condition occurs in one gender more frequently than in the other.

With these home remedies for ulcer pains, you can treat the condition effectively, and also strengthen your stomach from getting infected by acids again.

For chronic ulcer pains, it is suggested that you consult a doctor immediately. If your ulcer is left untreated it, according to the Mayo Clinic, can cause: 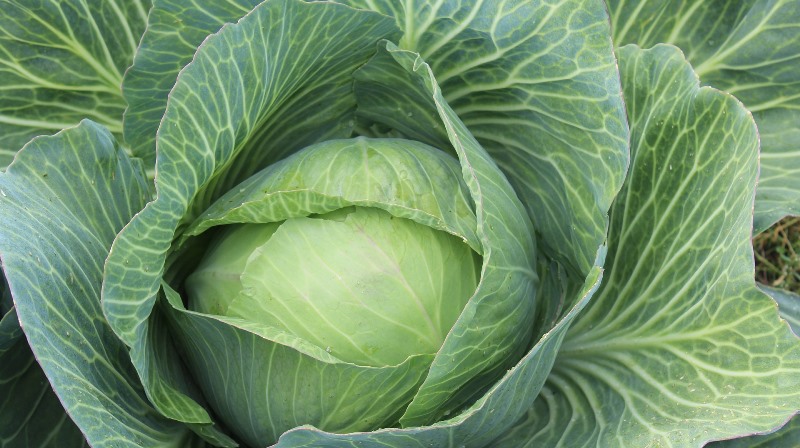 The first remedy on our list is cabbage. Cabbage contains lactic acid which helps secrete an amino acid in the stomach, which in turn improves the flow of blood to the stomach’s inner lining.

Cabbage strengthens the stomach while treating the gastric ulcer. The vitamin C in cabbage is great for people who have H. pylori-caused infections.

Carrots on the other hand treat peptic ulcers because of the vitamin U in them.

For the remedy chop a cabbage and cut two carrots into small pieces. Put the ingredients into a blender. Extract the juice and drink half a cup of this juice twice a day for desired results.

Do not drink stale juice as that might create more problems. 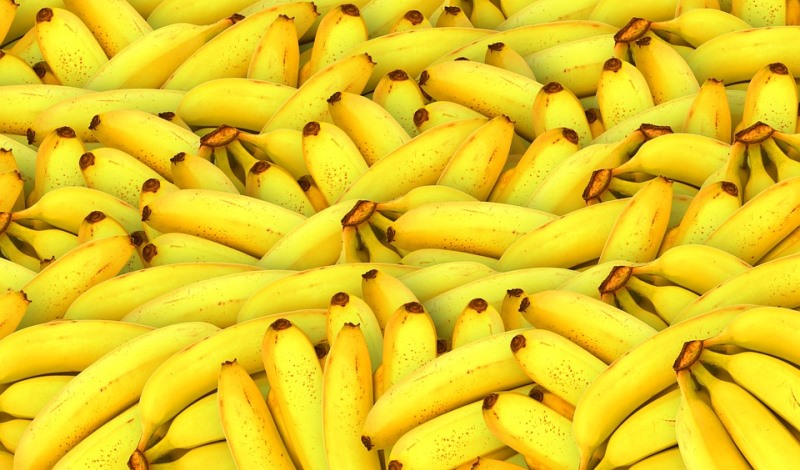 The second remedy for ulcer pains is banana. Both ripe as well as raw bananas help treat gastric ulcers because of the antibacterial compounds in them. Bananas also inhibit the growth of bacteria like H. pylori that are known to cause ulcer.

Apart from healing ulcers, bananas also strengthen the inner lining of the stomach and wipe out excess acid produced by the stomach to help reduce inflammation.

To cure ulcer pains, you should eat at least 2 ripe bananas a day. You can even prepare banana milkshakes for you, if you don’t like eating bananas.

Another option is to peel three bananas and chop them into thin wedges. Now dry them in the sun. Once they look fully dry, you need to grind them into powder. Make sure the powder is fine.  Every day, mix four teaspoons of this powder with a tablespoon of honey and take it. This should be done thrice a day for a week.

The Critical Reviews in Food Science and Nutrition suggests that cayenne pepper can inhibit production of stomach acids due to the capsaicin compound present in it. The compound also helps promote secretion of alkali, that neutralizes the extra acid in the stomach.

You may even consider taking cayenne capsule. These are readily available in food stores.

Suggested read: All You Need To Know About Relieving Gastroparesis With Home Remedies 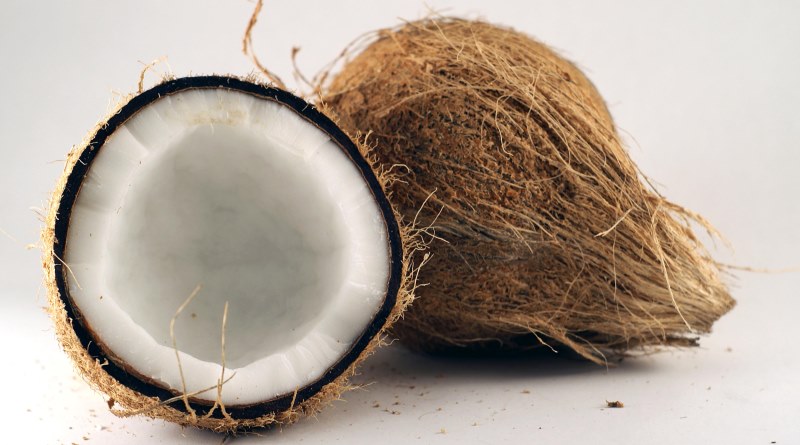 The next remedy on our list is coconut. Due to its antibacterial properties, coconut is considered really helpful for people with peptic ulcers. Both coconut water as well as coconut milk can help treat pains associated with gastric ulcers.

Drink a glass of coconut water every day. You should also eat the tender kernel of a coconut to get relief from ulcer pains. Two weeks into the treatment you will see noticeable improvements.

You can also consume a teaspoon of natural edible coconut oil twice a day, once in the morning and once before hitting the bed, to relieve yourself of ulcer pains.

Licorice can work wonders on your ulcer pains and give you relief in no time. By helping the stomach secrete more mucus, licorice protects the inner lining from developing a bacterial infection.

For the remedy, mix one-fourth of a tablespoon of licorice powder in a glass of water. Let it steep through the night. Next morning, cook broken rice and add it to this water and eat. This remedy should be repeated once every day for at least a week to get the desired results.

The other option is to chew three DGL tablets or deglycyrrhizinated tablets a day for a week. You can get these tablets easily in health food stores.

The next remedy for ulcer pains is fenugreek, which is popular for its therapeutic properties. A rich source of a mucilaginous compound, fenugreek seeds coat the stomach’s inner lining with mucus and thus prevent a bacterial infection.

Bring two cups of water to boil. To this add a teaspoon of fenugreek seeds. Once the water boils, strain it and a teaspoon of honey. Drink it once every day for best results. You can also add fenugreek powder to your glass of milk and drink every night before you hit the bed. 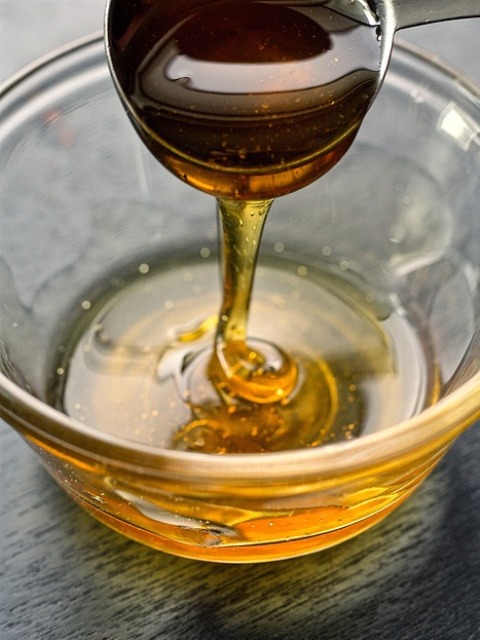 Natural honey is known to heal peptic ulcers and the pains associated with the, Honey contains an enzyme called the glucose oxidase, which in turn produces hydrogen peroxide. Hydrogen peroxide is known to kill bacteria that cause gastric ulcers.

Honey also soothes the inflammation in the stomach lining and the upper intestine.

Every day take four teaspoons of honey, two teaspoons in the morning and two at night. This will also help cleanse your bowel and improve bowel movement.

According to Dr. David Williams,

“Doctors at the Kiev Medical Institute reported that 300 mg of vitamin E daily effectively treated peptic ulcers of 28 patients. Ulcers were relieved in four to six days in the vitamin E group, while it took seven to ten days in those given conventional medication. Patients taking vitamin E also had increased protein repair in their intestinal linings and gained from 1.5 to 3 kg during the study, while the controls did not gain any weight.”

So, to heal your ulcer and the pains caused by it, increase your daily intake of vitamin E. Munching on 5 to 6 almonds every day can be a good way to start. Veggies and fruits that are rich sources of vitamin E are spinach, turnip greens, kale, avocados and parsley.

Suggested read: Here Are The Top Home Remedies For Gastritis

To receive these posts in your mailbox, you can subscribe to our newsletter today.

See you again tomorrow with a new set of home remedies for a common medical condition. Until then!

Article Name
8 Best Home Remedies For Ulcer Pains And Inflammation
Author
Riya Roy
Description
With these home remedies for ulcer pains, you can treat the condition effectively, and also strengthen your stomach from getting infected by acids again.