Are You In An Abusive Relationship? Here’s How You Can Find Out.

Signs that you’re in an abusive relationship

Physical abuse, as we just discussed in the previous segment, is the use of physical force against a person that injures him or her. It can also be the threat of use of violence. Whether committed inside or outside the family physical abuse is a crime, and you need to protect yourself from it.

According to the NSPCC, the common signs of physical abuse include,

Is sexual abuse a form of physical abuse?

Yes. For that matter, whenever you are forced to take part in a degrading and unsafe sexual practice without your consent, it is physical abuse. When you are forced to have sex with someone (even if that person is married to you or is dating you), it is an act of aggression.

Let us now discuss the causes of physical violence in a relationship.

1. The need for control

We have already discussed this in the previous segment, but allow me to reiterate because it is very important to understand abuse of any kind. People who need to control others tend to resort to abusive practices. While some of them use physical violence for the purpose, others might use more manipulative methods and emotionally abuse the partners to get what they want.

Now unlike physical abuse where there is a sign or a mark to identify the hurt, in case of emotional or intellectual abuse, this is not possible. There are more hidden and subtle signs of abuse, and to see them, you need to look really close. A person who has been subjected to emotional abuse is likely to be anxious, have a low self-esteem, always be in a state of fear, seem withdrawn from daily life etc. What makes it worse is that a large number of people who are abused feel that they deserve to be treated like that, wherein lies the major chunk of the problem. This information is misused by the abuser who now finds it easier to physically or emotionally harm their prey.

The second cause of abuse is learned behaviors. If one of your parents was an abuser, then it is highly likely that you will be one too. You might even take on the role of the abused. If you were abused in your previous relationship, then there is a possibility that your next relationship too will be abusive.

People who have been subjected to physical and/or emotional violence in the past are likely to be the abused or the abuser in the next relationship is because of the need these people feel to maintain the cycle. They want to maintain what according to their system is normal.

According to Dr. Toby Goldsmith,

“children who witness or are the victims of violence may learn to believe that violence is a reasonable way to resolve conflict.”

Suggested read: Everything You Need To Know About Emotional Abuse

Physical violence in a relationship might also be caused by substance abuse. As in the case of our anonymous friend, her husband hit her mainly when he was drunk. Drug abuse can also result in physical violence.

The Tennessee Association of Alcohol, Drug & other Addiction Services states,

The abuse of drugs and alcohol strains relationships because they tend to go beyond the abuse of substance to physical abuse. It inhibits proper decision making, and causes people to get violent or justify use of violence to resolve a conflict or express a feeling of disdain.

According to the World Health Organization, there can be different effects of physical abuse on a person. It says,

“The consequences of abuse are profound, extending beyond the health and happiness of individuals to affect the well-being of entire communities. Living in a violent relationship affects a woman’s sense of self-esteem and her ability to participate in the world. Studies have shown that abused women are routinely restricted in the way they can gain access to information and services, take part in public life, and receive emotional support from friends and relatives. Not surprisingly, such women are often unable properly to look after themselves and their children or to pursue jobs and careers. Impact on health A growing body of research evidence is revealing that sharing her life with an abusive partner can have a profound impact on a woman’s health. Violence has been linked to a host of different health outcomes, both immediate and long-term.”

It goes on to add,

“A history of being the target of violence puts women at increased risk of: — depression; — suicide attempts; — chronic pain syndromes; — psychosomatic disorders; — physical injury. The influence of abuse can persist long after the abuse itself has stopped.  The more severe the abuse, the greater its impact on a woman’s physical and mental health.  The impact over time of different types of abuse and of multiple episodes of abuse appears to be cumulative.”

Being subjected to physical violence can also wreak havoc on one’s reproductive health. According WHO,

“Women who live with violent partners have a difficult time protecting themselves from unwanted pregnancy or disease. Violence can lead directly to unwanted pregnancy or sexually transmitted infections, including HIV infection, through coerced sex, or else indirectly by interfering with a woman’s ability to use contraceptives, including condoms. Studies consistently show that domestic violence is more common in families with many children. Researchers have therefore long assumed that the stress of having many children increases the risk of violence, but recent data from Nicaragua, in fact, suggests that the relationship may be the opposite.

Violence during pregnancy has been associated with— miscarriage; — late entry into prenatal care; — stillbirth; — premature labor and birth; — fetal injury; — low birth weight, a major cause of infant death in the developing world. Intimate partner violence accounts for a substantial but largely unrecognized proportion of maternal mortality.”

As you can see, there are some really long-term impacts of physical abuse on the person who is subjected to it. So if you are in such a relationship, then seek help immediately. You can also write to us.

That is all we have on today’s post on All The Long-Term Effects of Physical Abuse. Did you find this helpful? Do you have any suggestions for us, and/or questions for our experts? If yes, then let us know in the comment section below.

To receive our daily newsletters on mental health and happiness in your inbox, subscribe today! 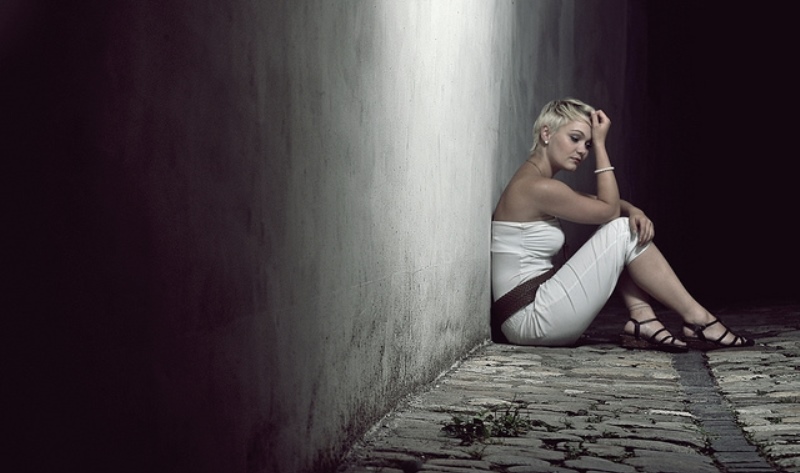 Article Name
All The Long Term Effects Of Physical Abuse On Your Mental And Emotional Health
Author
Riya Roy
Description
Today, I will tell you everything that I know about physical abuse to bust any myths that you might be having of the effects of physical abuse on a person.
Read the rest of the article: Previous