When men and women become sexually active, they both become highly at risk of being contracting an HPV infection. That is the reason why the HPV vaccine is recommended, particularly for young girls. Although there is little proof of these vaccines working, what does work is to get routine Pap smear tests done, especially once you become sexually active. 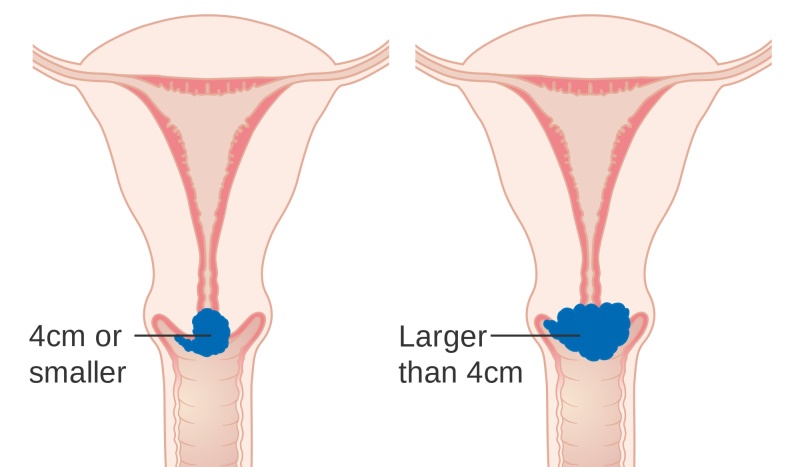 Just the mention of the word cancer causes a shiver in many a woman. As it should, because when it comes to cervical cancer, most women don’t experience any symptoms, until it becomes a true invasive cancer. Routine Pap smear tests are, therefore, quite important in detecting and treating cervical cancer and other reproductive cancers like ovarian cancer. As early as it is caught, it’s helpful. If there are any abnormal cells in the cervix, the Pap test locates them, which then leads to the next steps in the treatment of cervical cancer.

1. Human papillomavirus (HPV) infection: The most common risk factor for developing cervical cancer is being infected with HPV. The most common way to contract the HPV infection is through sexual contact who has the HPV. There are over a hundred different strains of HPV. Pap smears are the best way to detect an HPV infection.

4. Smoking: Women who smoke are twice as likely to develop cervical cancer than those who do not. Smoking is known to affect the immune system, which in turn makes it harder for the body to fight off HPV infections.

5. Heredity: While some studies claim that cervical cancer can be passed through genes among family members, others suggest that there is no genetic component in this type of cancer.

6. Age: Women in the late teens to mid-30s are considered at higher risk of developing cervical cancer, than girls who are 15 and under. Women who are over the age of 40 remain at risk, which makes it necessary for them to get routine Pap smear and HPV tests done.

8. First pregnancy at an early age: Women who have had their first child when they were younger than 17 years of age, are two times more at risk to develop cervical cancer later in life, than who waited till they were 25 or older.

9. Multiple pregnancies: Women who have completed 3 or more full-term pregnancies are at a higher risk for getting cervical cancer. Although this isn’t proved scientifically, it is one of the risk factors.

Although there are no visible and/or physical symptoms, many symptoms do present themselves once the cancer has begun its invasive spread to surrounding tissues. Be on the lookout for these warning signs of cervical cancer.

One of the most common symptoms of cervical cancer is irregular vaginal bleeding. Irregular bleeding may occur after intercourse, or even in between menstrual periods. Many women tend to ignore it, chalking it up to spotting, which is a slight blood-streaked discharge. Menstrual bleeding also tends to become heavier, which unusually last longer than normal. A major red flag of cervical cancer is when post-menopausal women start to bleed vaginally, when normally, they shouldn’t have periods any longer.

Pain during intercourse or at other times, for no apparent reason, could be one of the warning signs of cervical cancer. Even during menstruation, it’s normal to experience pelvic cramps and aches. But if these are more frequent and last longer, then it could be taken as a warning sign. It could also signal any abnormal changes happening in your cervix. Cervical cancer is known to spread within the pelvis. So you need to be on the lookout for this sign.

Early stages of cervical cancer could also cause some women to experience swelling and pain in their legs. This is due to an obstructed blood flow, which is caused by a swollen cervix.

A large percentage of women experience back pain regularly. However, if back pain is accompanied with other symptoms on this list, professional medical attention is required, stat.

On its own, weight loss and fatigue could be symptoms of other factors. However, in addition to other symptoms on this list, these need to be checked out. Cervical cancer could reduce the number of healthy red blood cells, which in turn are replaced by white blood cells that try to fight off the disease in the body. A low count of red blood cells results in anemia, which typically causes inexplicable fatigue, lethargy, lack of energy, and weight loss due to loss of appetite.

Normally, women regularly experience small amounts of clear discharge, that is colorless and odorless. However, if your discharge exhibits any of these characteristics, then you can take it as a warning sign: pale, watery, foul-smelling, brown, tinged with blood, or any other irregular appearance.

Discomfort or stinging pain during urination could not just a sign of a possible urinary tract infection. This, along with frequent urination, change in color and/or odor of the urine, loss of bladder control, urine tinged with blood, could signal towards something abnormal, like cervical cancer.

Painful intercourse, which is also known as dyspareunia, is another unpleasant symptom of cervical cancer. This symptom most definitely needs medical attention, and shouldn’t be ignored.

Bloating is a common occurrence during menstruation. But if it persists ever after your periods have ended, it could be a warning sign of cervical cancer. Loss of appetite, feeling full, unexplained bloating, and other changes related to appetite may also be symptoms of cervical cancer.

Suggested read: 10 household essentials that can cause cancer

Since the symptoms of cervical cancer are late to manifest, the treatment is often tough. For this reason, the most important thing every woman must do is preventive knowledge:

1. Pap test screening: Pap smear test is the most common and the best say to test for cervical cancer. This test needs to be done regularly, depending on the woman’s age. Women aged 20 to 30 need to get a Pap screening done every 3 years, women aged 30 to 65 every 3-5 years, and women aged 65 and older need no tests if they’ve had 3 consecutive tests with regular results.

2. HPV vaccine: Although HPV vaccines are recommended for men and women before their early twenties, there is no scientific proof that these vaccines actually work to prevent cervical cancer.

3. Prevent sexually transmitted diseases: A sexual partner could be a carrier of HPV, without showing any symptoms of the infection. Getting to know a sexual partner’s history will be really helpful in reducing the risk of cervical cancer. Therefore, it goes without saying that practicing safe sex is the way to go, whether or not your partner’s past sexual history.

4. Quit smoking: If you yourself are a smoker or are exposed to secondhand smoke on a regular basis, you’re at a greater risk of developing cervical cancer.

These are all the risk factors for developing cervical cancer, warning signs of cervical cancer, and how to be a step ahead of this fatal cancer. If, at any point, you think your symptoms are not normal, or that you might be at higher risk of contracting it, consult a trained medical professional for an opinion. Remember, it’s always better to be safe than sorry.