Can Men And Women Be ‘Just’ Friends? Is It At All Possible?

There are a lot of movies and TV shows with the word ‘friend’ in their names – Just Friends, My Best Friend’s Wedding, FRIENDS, Friends with Benefits, Friends with Kids, Best Friends – the list goes on. However, if you look closely, you’ll find that all the mixed-sex friendships in these movies end up as romantic couples. So this leads us to ask the all-important question – can men and women be friends? 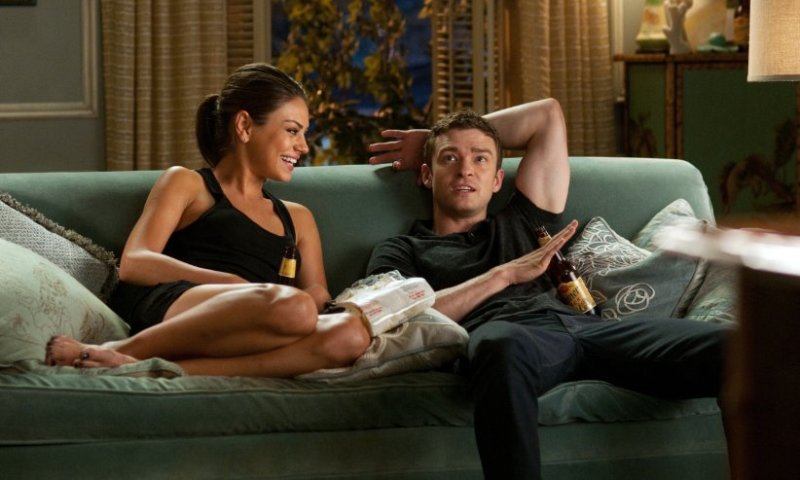 So, can men and women be friends? Answering this question requires a lot of in-depth research and study, since it’s one that no one has been able to find a satisfying answer for yet! Of course, we’re not taking into account celebrities’ clichéd responses to questions about their relationships which usually end in a vague, ‘We’re just friends.’ For all we know, they could be trying to hide their relationship under the friends tag!

Speaking of hiding, there’s one important factor to consider. There are many men who strike up friendships with other women with the sole purpose of one day getting to date her or more crassly, getting into her pants. Now, this kind of relationship is misleading from the start, so it doesn’t count in our discussion today. Although there are many women who claim to have found good friends among guys who started out as those trying to sneak a date!

A look at the story lines of the movies we mentioned above will give you the impression that it’s pretty impossible for a man and woman to stay friends after a while. Yes, not even friends with benefits. At some point or the other, someone falls for the other, and that’s when the games begin!

A romantic relationship between a man and a woman is complex enough, but a non-romantic one (or at least one that starts out like that) is much more complicated. Let’s see what science has to say about the matter.

The science behind a man-woman relationship

The analysis of a man-woman friendship is relatively new, as this concept didn’t exist earlier. In the good ol’ days, men worked with and socialized with men, and women did the same with other women. As gender stereotypes broke down and more women entered the workplace and social sphere, there were naturally more cross-gender interactions, leading to an increase in interpersonal relationships between men and women. These interactions have brought us today to the question about whether men and women can be ‘just friends’. 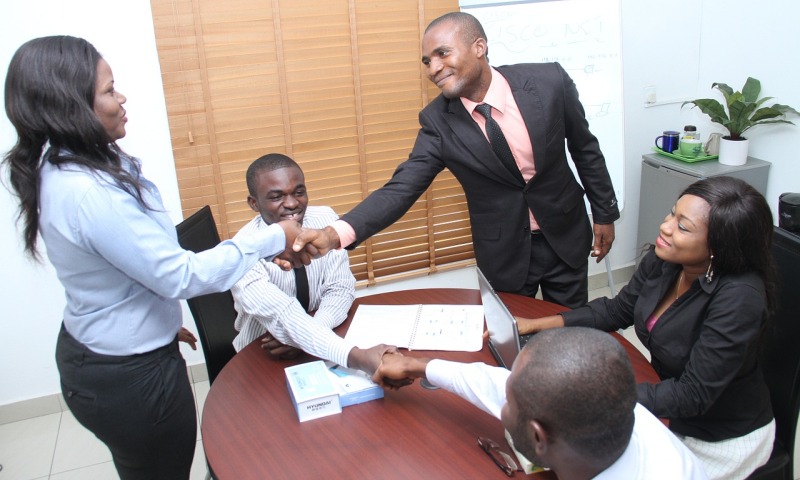 Another study by the Norwegian University of Science and Technology tells the same story. In a study of 308 students, they found that women’s ‘friendly intentions’ were misunderstood by men about 3.5 times during the past year. And the same can be said of women; most of them were clueless about any romantic feelings their male friends had towards them.

This is not to say that women don’t have romantic feelings for their male friends. However, studies show that there is a difference between men and women even in the way their feelings develop. For men, having a physical relationship with their friend is very important, while women are more into lasting serious relationships with their friends.

So what do we learn from all this science? That what Harry said when he met Sally is true, “…men and women can’t be friends because the sex part always gets in the way.” You were right, Harry! Let’s get into the nitty-gritty of such friendships, shall we?

Suggested read: 12 absolutely clear signs she doesn’t see you as more than a friend

What is a platonic friendship?

So what exactly defines a platonic friendship? Wikihow defines it as a relationship where your thoughts about the other person are strictly spiritual, and not at all physical. Now, to think that a man can’t have a single platonic relationship with a woman who’s not immediate family is not really true. When we speak of friendships, we may also include acquaintances – from work, childhood, church or any other social circle. We may not hang out with those friends outside of those circles and it’s quite possible we enjoy our times when we do hang out, without sexual feelings getting in the way. 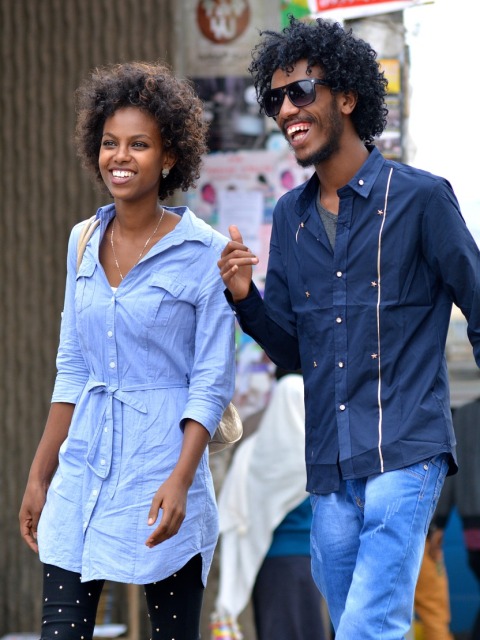 The friendship between a little boy and girl is purely platonic, and they don’t make differences based on gender. As they attain adolescence, however, things change. Girl-friends (not girlfriends), suddenly appear prettier and the feelings towards them are now different. Yet, studies show that up to college, it is still possible to maintain some level of platonic friendship, but as people get jobs and enter the ‘real adult world,’ such friendships can get trickier.

So a man has romantic feelings towards his female friend. What’s so wrong with that? For starters, the studies showed that most women felt betrayed and manipulated when a man expressed his romantic feelings, even if these feelings developed over a course of time and didn’t exist initially. Other women just express their surprise and regret in not being able to reciprocate, effectively friend-zoning the man.

Now, even if there is no betrayal, you can’t ignore the looming awkwardness in store for the friendship, if you can still call it that. When one person expects more from the relationship, and the other person can’t give it, it shifts the very foundation of the friendship, and things will never be the same between them. Of course, there are people who’ve gotten over this phase and resumed their friendships, but in most cases, friend-zoning ends in the death of any relationship. This can be particularly hard if the friendship was a long standing one, probably since childhood. 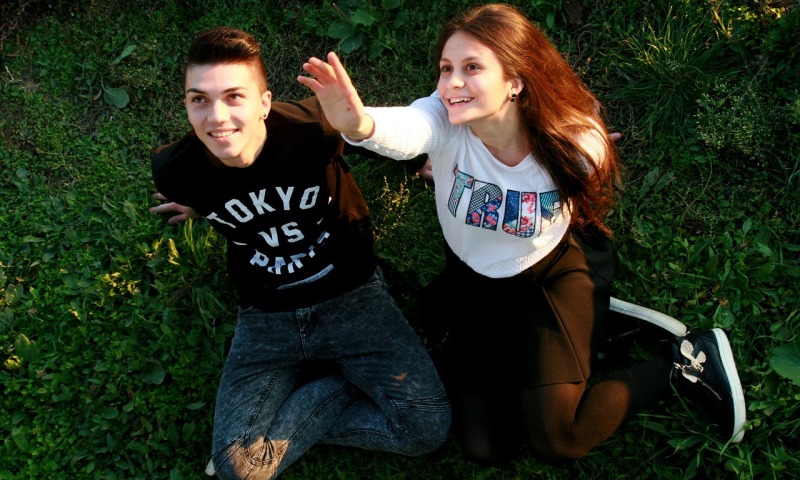 For many men (and some women), an initial perception of physical attractiveness results in sexual feelings towards the other person. But when it comes to a friendship, there’s more in store. For a man who didn’t consider his friend to be pretty, that feeling can change as he gets to know her and as he sees how smart and funny she is, he’ll grow to like her. He may even feel guilty for a while, before he finally decides he can’t hold it in any longer and blurts out the truth.

We’ve talked about how it can be the death knell for a relationship when one person develops romantic feelings for the other, and how some friends manage to maintain their friendship in spite of this. But there’s also a third alternative – a happier one where this friendship-turned one-sided romance eventually blossoms into a full-fledged romantic relationship. It’s quite likely that the other party didn’t realize that she had such feelings as well, and if she did, then it’s a win-win!

The question of boundaries

However, not every friendship needs to follow an ‘all or nothing’ path when it’s between a man and a woman. Most people agree that when the friendship has its limits and is not too intimate, cross-sex friendships can work just fine. Also, friendships within a group work out reasonably well, since there is minimal one-on-one sharing and contact between friends.

For a young, single person, developing romantic feelings towards a friend can result in the death of a friendship at worst, but the stakes are much higher for a married person. That’s not to say that two married people of different genders can’t be friends, as long as they’re committed to their respective partners. However, whenever either marriage hits a rough spot, the shoulder to cry on can turn into something else. And we’re not just saying this, there’s research to back us! A study of 249 adults revealed that developing romantic feelings for their friend was five times more likely to be considered a risk factor of a cross-sex friendship by married people.

Who is to blame?

Well, that is a difficult question, and a lot depends upon the circumstances. Realizing that your good friend is an amazing person and growing to fall in love with her is natural enough, but if she’s already committed, then you obviously can’t act upon this feeling. What’s certainly not good is assuming she has feelings similar to yours and making a move based on this assumption – that puts you in ‘creep’ territory. Then there are those who act like jilted lovers and make life miserable for the friend who refused them.

What about the person on the other side, the one who can’t reciprocate those feelings and who calls off the friendship? Well, they can’t be blamed either, even if you’ve promised to bury your feelings and continue with the friendship. For some people, that declaration of romance shakes the very foundation of their relationship and they can’t look at things the same way again. No one can really be blamed in this scenario – one of you took a chance and gave voice to their feelings while the other couldn’t see you the same way and decided it was better to part ways.

So, coming to our main question: can men and women be friends? Well, broadly speaking, yes, they can; but only if it’s casual, and not too intimate. As for married couples, it’s best to stay away from close friendships with the opposite sex, unless it’s another couple or someone within your social circle. After all, it’s better to be safe than sorry!