Understanding A Friends With Benefits Relationship: The Pros, The Cons, And Everything In Between

Welcome to the modern world friends, where everything is becoming radically revolutionized, from technology to relationships. The whole idea of a friends with benefits relationship is not a novelty, but is a trend that is becoming more and more common amongst friends, and because of this a whole set of complications are arising in terms of relationships and peoples’ dynamics. However, you need not worry, because NLT is here to break down the whole thing for you, and tell you everything you need to know about engaging on this particular plane with your ~friends~. 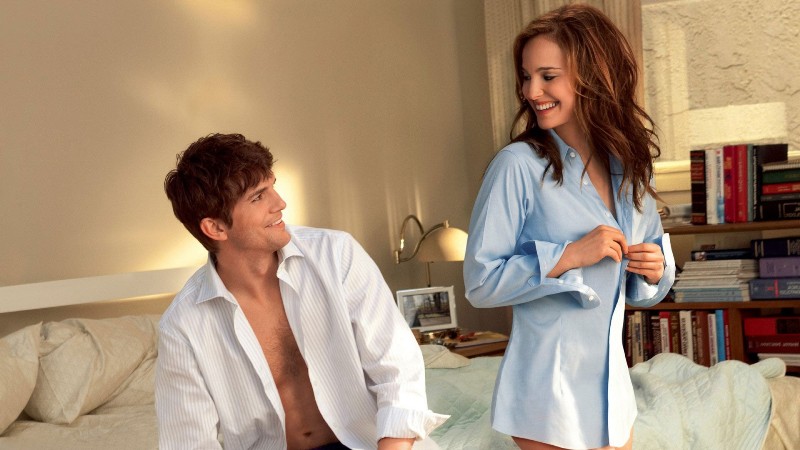 Okay, so first things first, let us figure out what this kind of a relationship is, and why people would want to voluntarily get into something like this.

The hook-up culture is now a widely accepted phenomenon and one-night stands are no more a scandalous news that requires extensive discussion and a week of regrets. In fact, people have decided to engage in serial one night stands with one person, and even though some might call that a romantic relationship, it is in fact, not a romantic relationship. The thing is, these two people who mutually decide to engage sexually on a regular basis have no feelings for each other whatsoever, other than mild care or concern that is characteristic of most lukewarm friendships.

Being friends with benefits sounds like a good enough deal, with two people enjoying themselves with mutual consent, and none of the responsibility, commitment and obligations that come with a proper relationship. More and more people prefer this kind of arrangement rather than a full-fledged relationship, because the former comes with no strings attached and no accountability. But, you also get what you want, so it is a win-win right?

Even though this sounds pretty ideal, a relationship like this can become pretty shady. In fact, a lot of traditionalists and hardcore romantics are averse to calling this any kind of relationship at all. After all, there is nothing to it other than regular (and often drunken) sex, right?

If you are engaged in a relationship where you are sleeping with a person at night who conveniently turns into your friend during the day, or you have been considering experimenting with something like this, check out these pros and cons before you decide what to do.

PROS Of Being In A Friends With Benefits Relationship

The most obvious benefit of being in a relationship like this is that you get to have regular sex. You don’t have to wait for your forever bae to get some action on a regular basis. You will have someone to go to, whenever you need your needs met.

You can try out all those wild things that you have been thinking about in secret, when you are friends with benefits with someone. It is a safe space, where the scope of judgement is very less, which is why you can test those moves that you have dying to practise in real life. Chances are, even if things fail or get weird, you can give each other a high five and move on.

3. You don’t have to engage in all the gooey relationship things

Even though relationships are really nice things to be in, some people just don’t have time for all the commitment things that come with it. In a relationship like this, you can get to the good part without any kind of complications. You don’t have to cuddle after sex, you don’t have to call each other every day to check up, you don’t even have to meet each other beyond your time together, so it is basically a joyride if both you and your friend can handle it like mature adults.

The most obvious pro of being friends is benefits is possibly that it is a hell lot of fun. You obviously have to know the person on some level in order to engage with them sexually, with no strings attached. You get to hang out with them, and you sometimes even get to take your friendship to a whole new level, without being tied down to each other.

Performance anxiety is one of the biggest things about sex between people who are in a fully committed relationship. They go all out to impress each other and make the most selfless and grand gestures to sexually satisfy their partners in bed, and everything they do is succeeded by a whole lot of anxiety and validation-seeking, in case they couldn’t satisfy their partners. When you are friends with benefits, most of this is nonexistent, because both of you are mutually aware that you are here for fun, and there is no need to go out of your way to impress the other. Effort is required, of course, but not over the top grand gestures.

6. You are under no obligations

One of the best things about being friends with benefits is that you are free to do whatever you want with your life, and terminate this “relationship” without worrying about a messy breakup. You can start seeing other people, or choose to hang out with each other, without any obligations hanging over your head, waiting to drop and complicate your life. You aren’t even expected to go out of you way to do things for the other person, and basically, you get to forego the entire hassle of a relationship when you are friends with benefits.

Suggested read: 10 Awesome Benefits Of Being Single And Not Dating Anyone

CONS Of Being In A Friends With Benefits Relationship

A friends-with-benefits arrangement is however, not without its own cons. Here are some of the things that could not be too beneficial for you.

Whether you admit it or nah, sex is a petty intimate business, and when you engage with someone on such close proximity, it might so happen that you start developing feelings. This might be a mutual occurrence (in which case you got very, very lucky), but in most cases, this is one side, and things pretty much go downhill from there. The whole point of the arrangement was to avoid the whole business of love and relationships, but once you, or your ‘friend’ start developing feelings, things might get difficult to handle.

Okay this might not be the #1 reason for broken friendships, but if you are having sex with your friend, and some weird complication arises, like the feelings thing I talked about right now, then it consolidates the end of your friendship. Not only do you lose your regular sex buddy, but a buddy in general, which is not a nice thing.

Okay, so being friends with benefits means you don’t commit to each other and basically go about your lives, and whenever either of you are in the mood, you have some fun, and it is all well and good, until it comes to actually falling in love. Because you are so used to getting to the sex part without all other responsibilities that come with being in a relationship, you might find it difficult to engage in an actual relationship with actual responsibilities because you are so used to having things easy. You might not open up to your soul-mate when they walk by, because you’d rather be friends with benefits.

Once you are fully engaged in a friends-with-benefits arrangement, a lot of things about the future become ambiguous. You don’t know how to end it, you don’t know where it is going, it is like being in a permanent limbo where you are living the moment and having a ball of a time, but otherwise, you are lose and awkward and don’t want to talk about it.

5. Feelings will be hurt

No matter how objective and aloof you promise to be, you are two human beings who are voluntarily entering into a highly volatile relationship that has no future (in most cases). When one of you finds someone they actually want to be with, they are going to terminate this arrangement without a second thought and the other person might have some trouble finding their bearings again. The inevitable end to a relationship like this is bound to be painful.

Even though you might be having sex with someone you know in person, and doing it over and over with them, you are still in an open relationship of sorts, where both of you are free to have sex with other people as well. There are several risk factors involved here. For one, you could contract an STD if your friend is hitting the sack with other people. Also, because you know this person quite well, passion and a little harmless fooling around could even lead to unplanned pregnancies.

Now that you are fully equipped with the pros and cons of being in a friends-with-benefits arrangement, there is no denying that the cons of the matter are more daunting. There are very few people you can approach for advice when your heart gets broken when your friend legit just wants to remain friends and you want to level up in terms of your relationship, and no one is really sure how to deal with things once it is over right? Here are some more handy pointers for you to circumnavigate these awkward situations:

SITUATION #1: If one of you falls in love

SITUATION #2: In case of an awkward split

Choosing the right person to do this with is key. Sometimes, you might have a super close friend, but that friend might not necessarily be the best choice for an arrangement like this. You also have to enter into a friends-wit- benefits arrangement with the full awareness that you are doing this just for fun, and that it is bound to end at some point of time or another.

Even though Mila Kunis and Justin Timberlake and most other people in the media (read Hollywood) will have you think that there is a happily ever after when you get into bed with your friend with the intention of keeping it casual, more often than not, things like this have a bitter ending. This might become the complication you have been trying to avoid all along, which is why you need to be super mature to handle something that ironically the world thinks is so immature.

Till then, keep loving and practise safe sex.

Article Name
Friends With Benefits Relationship: All The Pros And Cons You Need
Author
Aishani Laha
Description
Being in a friends with benefits relationship is complicated as it is, and you need to know the length and breadth of the deal before diving in. Read on.