It’s a fact universally acknowledged that technology has invaded almost every part of our lives. Once it’s online, it won’t remain hidden for long. As if this wasn’t enough, the new breed of dating apps have become a sort of mini big brothers in that they have started aping the real big brother – keeping tabs on your whereabouts. Location-based dating apps is one thing, but apps that tell your real time location to other users – seriously creepy!

One such app that proclaimed, ‘no more missed connections,’ was Happn dating app. Now, a new dating app almost similar to that was launched three weeks ago, called Cheek’d. While Happn tells you where and when you passed a potential match, Cheek’d aims to connect people who walk past each other in real life, whether it’s on the subway or on the street, where there’s no cell service.

Lori Cheek, CEO of Cheek’d dating app, explained that users of the app will be automatically notified if another user also has the app, within a radius of 30 feet, using either Bluetooth or WiFi.

Following this notification, both users can check out each other’s profiles, and then they can ‘get cheeky,’ a term used when both users are interested in the other on the app. The next step is the revelation of more profile info like job and social media links, prompting the potential lovers to start a conversation, either via the chat feature built in the app or in real life.

Users of Cheek’d have the option to filter our potential matches by criteria such as age and gender, and the app allows users to view more information only after both parties decide to ‘get cheeky’ with each other.

Although matches on the subway, where the cell reception is the poorest, happens via Bluetooth, the users get to check out more info about their matches only after they get above ground.

“Everyone in this day and age is staring at their phone, walking down the sidewalk,” Cheek said. “Now, I feel like you’re looking down at your phone, and they’ll get a notification that they just missed a connection with so-and-so. The love of their life will be right there.” 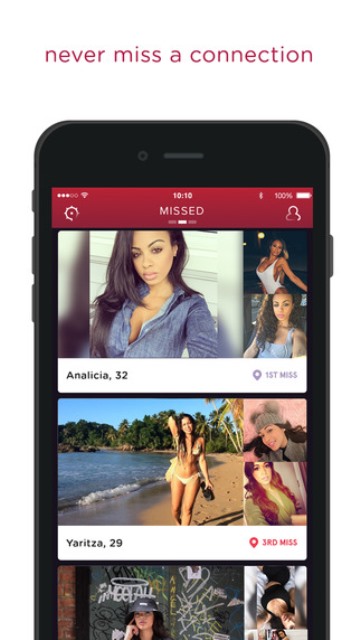 Cheek averred that Cheek’d dating app’s main aim is to help break the ice in potentially awkward situations like on the train or on the street, which, if you think for a bit, might seem creepy not to mention stalker-ish! 😛 She also hoped that the relatively short-range GPS would help singles meet other singles sitting at the end of the bar, not on the other side of town.

“Even with all the apps, it’s still pretty much like online dating. You’re sitting there in your bed flipping through profiles who are not right there right then,” said Cheek. “But [Cheek’d] is real-time.”

Although the Cheek’d website has been live since 2012, the app was launched about three weeks ago. And Cheek’s main focus right now is Williamsburg, where there’s a launch party scheduled for nest Thursday, full of free beers and food at Brooklyn Brewery.

Apparently, the first 200 people who show up with the app downloaded on their iPhones, their profiles fully done, and their Bluetooth on, will be allowed in the launch party. 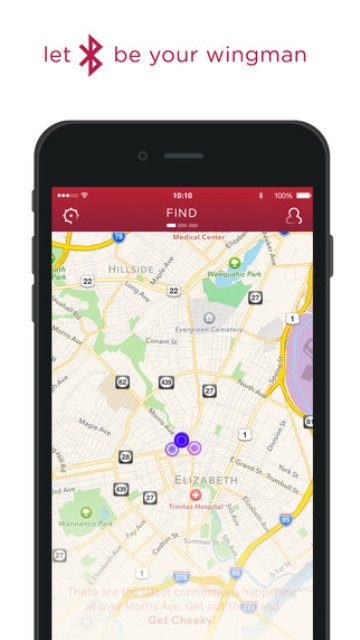 Cheek hoped that matches will start happening there at the party.

“It could be someone right behind you, or across the street from you,” said Cheek. “[Cheek’d] prompts you to look up and pay attention that the cutie that appeared on your phone is right there.”

Huh. I have no words to explain this creepy app.

Would you use Cheek’d dating app to catch a potential lover in real time? Tell us in the comments below!

Article Name
Cheek'd Dating App Never Lets You Miss Connections, Even In Subways
Author
Chaitra Ramalingegowda
Description
Cheek'd dating app is the newest entrant into the already murky world of dating apps. Take a look at how it works.