Over time, we’ve covered many dating apps. However, this time, we bring to you a new app that is specifically designed to make students – both men and women – feel safe while walking home alone late at night. This personal safety app is called Companion, and was created by five University of Michigan students after their own experiences and worry about walking alone at night, be it inside the campus or elsewhere.

The Companion app basically lets your friends or family to virtually ‘walk you home.’ 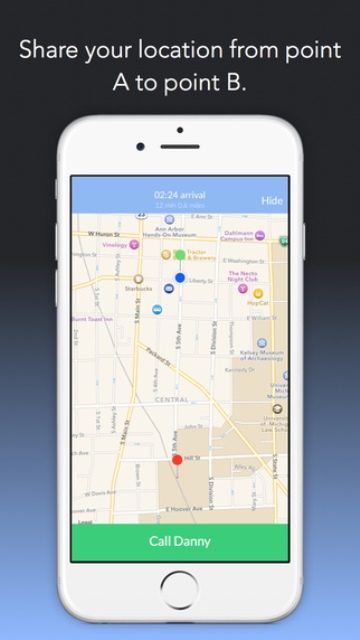 Talking about the idea behind Companion app, one of its creators, Lexie Ernst, said,

“People feel this issue, an uneasy walk home, feeling nervous at night, on a daily basis around the world, it’s so important to address it and to use technology to make the world a better place.”

Here’s how the free app works.

A user just needs to key in their cellphone number, following which the app asks them access to their phone book. While undertaking their solo journey, a user needs to key in their starting point and their destination, while the app sends their journey to selected numbers from their phone book and also lets them know when you arrive at your destination. 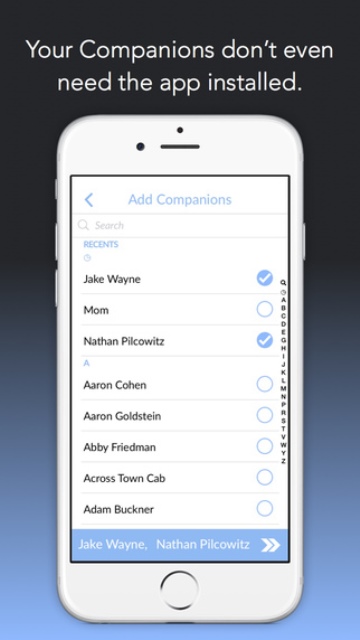 On the other end, if you agree to ‘walk’ a user home, Companion app sends you a text message with a link to an interactive map that shows the user’s progress to their destination. A cool and very useful feature of the app is if the user walks off their intended course, falls, starts running, don’t make it home on time, or their headphones are yanked out of their phone, you’re notified about it so that you can check on the user you’re ‘walking’ home. 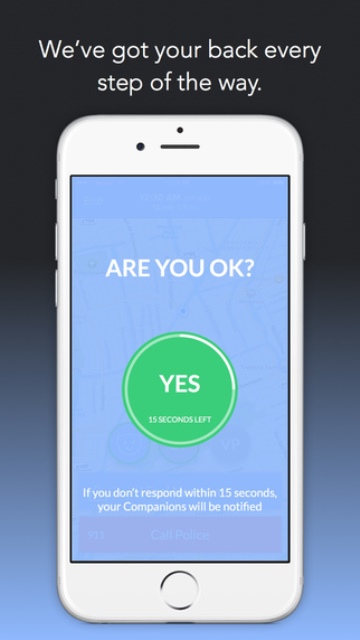 Companion app page showing the ‘Are you OK?’ feature

Another key feature of the app is its ‘Are you OK?’ button. The Companion app shows this button periodically on the user’s home screen, with a timer set to 15 seconds. If the user doesn’t press the button within 15 seconds, the companion is sent an alert. Plus, the app gives the user the option to call the cops from within the app, with just two taps.

Another nifty feature of Companion app is the ‘I am nervous’ feature, which basically lets the app know that the user is sensing danger and/or is feeling uncomfortable in a particular area. According to Companion’s creators, students at participating colleges reported at least 500 incidents where they felt nervous.

Talking about future features on the Companion app, Ernst explained,

“In future, people can specify what makes them nervous and why, and we hope to open a dialogue between campus safety departments and students.”

The Companion app was specifically designed to protect students walking home alone on college campuses, the app will also alert campus security at select US universities, which have agree to work with the app.

Stressing on the fact that personal safety is a universal issue, Ernst said,

“It tells us personal safety is an issue for everyone, all demographics. It doesn’t matter your age, your sex, or where you are from.”

Although the app was designed keeping in mind students’ safety on campuses and elsewhere, it is finding use in helping children of elderly parents to ensure that they don’t get lost. 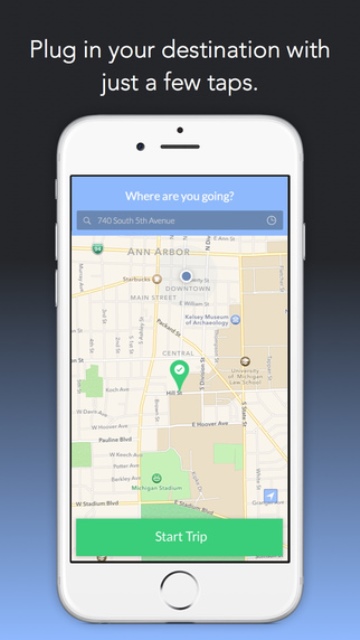 Companion app page showing the route of the trip

“Lots of parents want to use the app for their children, and some people want their elderly parents to use it too, to make sure they don’t get lost.”

Although this is a step in the right direction to ensure women’s safety, we as a society need to take a good, hard look at ourselves where we encourage women to invest time, energy, and money to keep themselves safe and not get raped, we should also be focusing on the boys and men, and changing their attitudes and thinking towards women.

I guess, in an ideal world, there would be no need for such apps, for no woman would feel unsafe walking around at 3 AM in the night, alone. One could always hope…